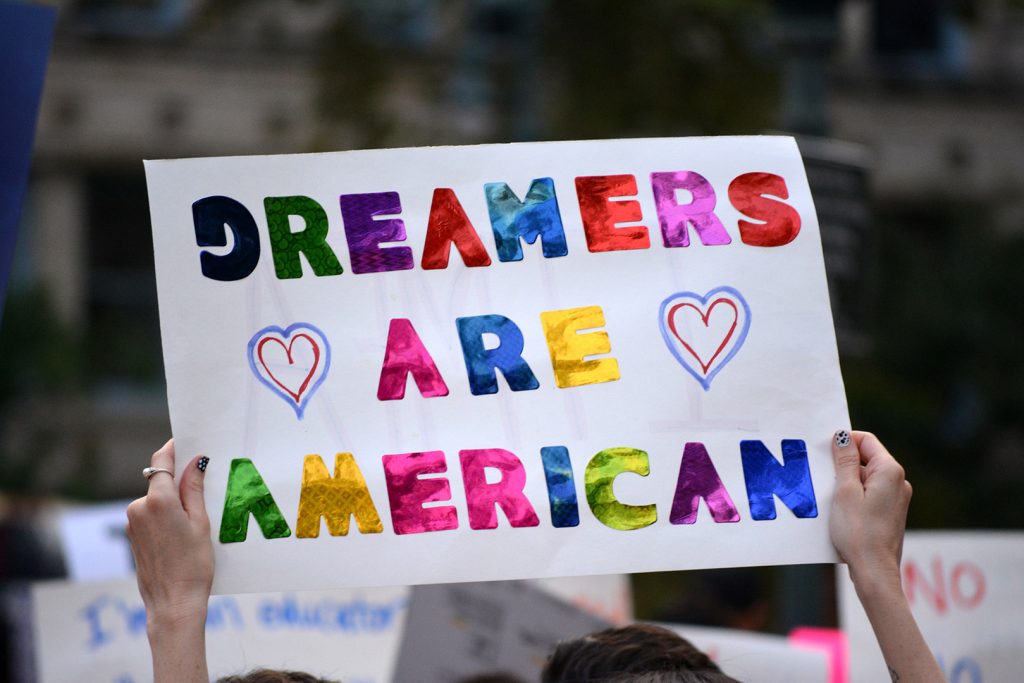 While 800,000 DACA recipients currently reside within the United States, they can just as easily be described as living in a state of limbo. Between recent court rulings, potential future court rulings and ever-present hostility from the Trump Administration, the status of DACA is constantly shifting and its entire existence uncertain.

DACA has a long history of legal challenges, but a final ruling either for or against the policy does seem to be in sight. Here’s an in-depth look at recent DACA developments and what they might mean for the future.

A Brief History of DACA

Commonly known as Dreamers, DACA recipients are people who were brought into the country illegally as small children. While not legal citizens, for most of them, America is the only country they’ve ever known. In most cases, deportation would send them away to a birth country they’re unfamiliar with and have no memories of.

The Deferred Action for Childhood Arrivals policy was created by an executive order issued by then-President Obama on August 15, 2012. Basically, DACA is a program roughly 1.76 million people are potentially eligible to apply for. Once someone has been approved for the DACA program, they’re allowed to legally work in the U.S. while also free from the threat of deportation. Eligibility is only granted for two years, after which the DACA resident has to re-apply.

DACA qualifications are fairly narrow. Requirements for applicants include:

While the policy allowed those directly affected to breathe a sigh of relief, it certainly wasn’t universally popular. Legal challenges were filed almost immediately after DACA’s implementation.

The first was filed in August 2012, by 10 agents of the U.S. Immigration and Customs Enforcement. They claimed they were being forced to knowingly violate the law by following the policies established by DACA. The suit was dismissed by the U.S. District Court of Texas on procedural grounds. Basically, the court said it lacked the authority to interfere in a dispute between the government and federal employees. However, the judge did note he felt DACA was unlawful.

The second lawsuit was filed by controversial Sheriff Joe Arpaio. He claimed DACA was “unconstitutional, arbitrary and capricious.” However, the court ruled Arpaio had no standing to file, resulting in dismissal.

The next suit, Texas v. United States, was filed in December, 2014, by 26 states, all with Republican governors. They claimed President Obama was failing to enforce the nation’s immigration laws. This lawsuit was somewhat successful; Judge Andrew S. Hanen issued a preliminary injunction to block several DACA expansions while the case proceeded. However, he also noted DACA’s legality was questionable.

Eventually, Texas v. United States reached the Supreme Court, but no particularly impactful decision was reached. The ruling was four to four, which meant the injunction on the extensions was left in place but no precedent was set. The main part of DACA was still active, with relevant individuals allowed to apply.

An Incoming Administration with Immigration on Its Mind

The legal challenges taken against DACA were all filed by Republicans against a Democratic administration. But in 2016, Trump became President, in no small part due to his anti-immigration (and anti-immigrant) campaign rhetoric.

In 2017, the Trump administration announced they planned to end DACA. After all, it was created by executive order, so simply issuing a new executive order would be enough to undo it. Unfortunately for Trump, it wasn’t quite that simple.

A whole new round of lawsuits were filed. But they were filed by individuals and organizations attempting to save DACA instead of eliminate it. In a bizarre twist, Trump’s attempt to stop DACA likely ended up placing the program on much surer legal footing.

Federal district courts in New York, San Francisco and D.C. have all ruled against attempts to block DACA. The ruling in San Francisco prevented the rollback of DACA entirely.

The Trump administration appealed, but recently the 9th U.S. Circuit Court of Appeals upheld the ruling. The three-judge panel said the administration’s reasoning for blocking DACA would likely be found “arbitrary, capricious, or otherwise not in accordance with law.”

The next step for DACA is the Supreme Court, which now has nine members instead of eight, making a tie decision impossible. But exactly when the Court will hear the case is hard to predict.

When the Trump Administration filed their appeal with the 9th Court, a key part of their argument was they needed an urgent ruling on DACA’s legality. But because they lost the appeal, they can no longer make that claim.

Even if the program eventually loses in court, it’s been in place for six years. Lower courts have ruled against the need for an urgent resolution. The Supreme Court could easily hold this same attitude. If they hear the case next spring, a final ruling on DACA could be issued as early as June 2019. But the Court could defer a hearing until October 2019 or even longer.

DACA proponents generally see this as a win, although not an ideal situation. At least for now, DACA stays, and will probably remain as is into the new year. But, in the larger picture, the future is still uncertain. Hundreds of thousands of people who know no other country besides America remain desperately waiting to see how long they’ll be able to call this country their home.

On Friday 3/20/2020, in response to the COVID-19 pandemic, Governor Cuomo of New York issued Executive Order 202.8 which tolls the time limits for … END_OF_DOCUMENT_TOKEN_TO_BE_REPLACED