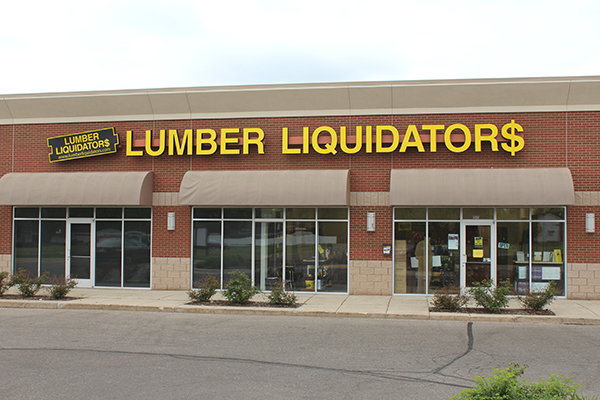 In an episode of 60 Minutes in 2015, it was revealed that national flooring retailer Lumber Liquidators had exposed consumers to toxic levels of formaldehyde, a chemical that’s been linked to an increased risk of cancer and other health issues. The company’s laminate flooring, advertised as being cheaper than its other products, was produced outside of the U.S. where safety regulations differ. Research by scientists discovered that the formaldehyde levels in the flooring surpassed the standard limits.

Approximately one year later, the Center for Disease Control and Prevention released a report stating that there was a “low” chance of increased cancer risk from exposure to the flooring and that it wasn’t enough to be considered significant.

On Monday, the CDC issued a revised statement declaring that their calculations were not accurate and the increased risk of cancer from exposure to the Lumber Liquidators product is much higher than previously thought. The release by the CDC explains that their indoor air model “used an incorrect value for ceiling height” and that the health risks were miscalculated by “about 3 times lower than they should have been.”

“Health risks of people who have the laminate flooring are being revised to reflect greater exposure to formaldehyde, which could cause eye, nose, and throat irritation for anyone,” says the statement. “The estimated risk of cancer associated with exposure to the flooring increased.”

It turns out that even exposure to low levels of the laminate flooring can lead to a greater risk of asthma symptoms and other respiratory issues, as well as eye, nose, and throat irritation. Also, the risk of cancer (which was originally reported to be 2-9 cases per 100,000 people) is now closer to 6-30 cases per 100,000 people.

Formaldehyde is a chemical commonly found in household items, pressed-wood products, and even food packaging.

According to 60 Minutes, it was more cost effective for Lumber Liquidators to produce laminate flooring with excess formaldehyde; and China’s regulations allowed them to produce the product that way.

On Friday 3/20/2020, in response to the COVID-19 pandemic, Governor Cuomo of New York issued Executive Order 202.8 which tolls the time limits for … END_OF_DOCUMENT_TOKEN_TO_BE_REPLACED