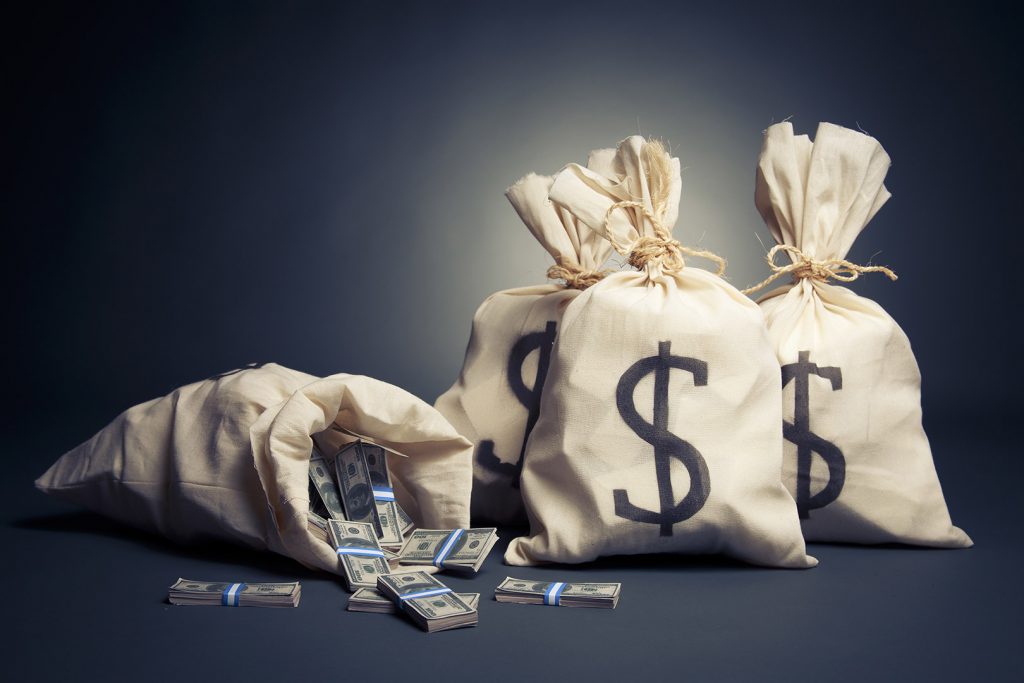 The visibility that banks provide and the reports they’re required to file are two of the few windows the government has into cannabis business operations, says John Vardaman, a former Justice Department attorney under President Obama, who helped draft guidance for financial crimes due to cannabis state legalization.

Vardaman also helped draft the second of the famous Cole Memorandums under President Obama in 2014 that advised the Federal government to take a hands-off approach when dealing with cannabis in states where it’s legal.

Although Sessions hasn’t destroyed the multi-billion dollar cannabis industry as he threatened to do, banks are loath to violate Sessions’ classification of cannabis as an illegal drug.

Vardaman said in a telephone interview, “if the Feds are concerned these businesses are susceptible to abuse, for example a cartel using a pot business as a way to sell other drugs or drugs to minors, the best way to ensure that doesn’t happen is to initiate bank oversight.”

“We helped one financial institution under a lot of regulatory pressure to automate. They brought us in and we overhauled their cash and transaction monitoring platform so they’ve been able to significantly expand their portfolio,” Vardaman says.

“Our customer is the financial institution. Our clients are banks and credit unions that want to serve the cannabis industry.

“I would say credit unions have more regulatory certainty [than banks], Vardaman says.

“The National Credit Union Administration, which regulates credit unions is the only financial regulatory body to officially recognize Financial Crimes Enforcement Network (FinCEN)  guidance as the criteria for assessing institutions that provide banking for the marijuana business,” Vardaman notes.

FinCEN is a bureau of the U.S. Department of the Treasury. It collects and analyzes financial transactions to combat domestic and international money laundering, terrorist financing and other financial crimes.

“The fact that no banking regulatory body has publicly done the same has given credit unions a comparative advantage. In the process, we showed this can be done profitably,” Vardaman says.

Companies Willing to Pay a Premium

Larger institutions are at least entertaining the possibility of giving cannabis sellers bank accounts, although most large banks such as J.P Morgan will not violate Federal law, Vardaman notes.

“Open and transparent marijuana banking has been going on for four years. No institution that has entered this market has faced any regulatory sanction.

The institutions that are doing this are making a significant amount of money as they offer a service–banking access–that is in considerable demand among cannabis sellers. 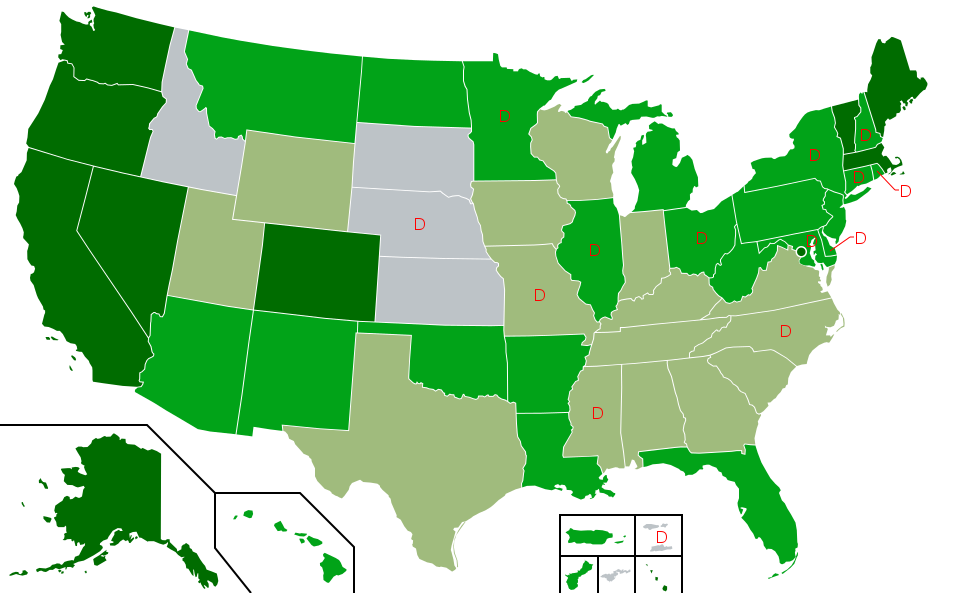 Legality of cannabis in the United States [DARK GREEN] Legal [GREEN] Legal for medical use [OLIVE] Legal for medical use, limited THC content [GRAY] Prohibited for any use [D] Decriminalized Notes: Includes laws which have not yet gone into effect. Cannabis remains a Schedule I drug under federal law. Some Indian reservations have legalization policies separate from the states they are located in. Cannabis is illegal in all federal enclaves. (Credit: Lokal_Profil, CC 2.0)

Keegan Peterson, Founder and CEO of Wurk, a marijuana payroll, scheduling and tax management firm, says “people don’t realize how important banking is until they don’t have it.

“In this all cash environment, it’s difficult to securely run a business or prove you paid your employees, vendors, and taxes when audited,” Peterson said in a telephone interview.

“What’s more, many of these entrepreneurs don’t have access to business loans or lines of credit.

“Banking is a very serious hurdle that needs to be addressed,” Peterson says.

“We’ve developed partnerships with state-chartered banks and credit unions that support the cannabis industry, as well as provide a payroll and HR solution that services the unique needs of the industry,” he concludes.

According to a story in Pymnts.com a Massachusetts credit union, GFA, is the first financial institution in Massachusetts to offer banking services to recreational pot companies.

“We’re looking at a cannabis business as a legitimate business that wants to be recognized as such and that, without banking services, presents a tremendous public safety issue in our communities,” Tina Sbrega, GFA’s chief executive tells Pymnts.

“Otherwise, you’re talking millions and millions of dollars of cash on the street.”

“With more than $500 million in assets, GFA’s status as a Federal credit union should make it easier for it to do business with marijuana companies without coming under federal scrutiny,” she tells Pymnts.

“Imagine feeding $20,000 of cash through a machine, or $20 at a time, Charity Gates tells the New York Times’ Julie Weed.

“Ms. Gates pays her taxes by counting her cash and placing it in duffel or sling bags, carrying up to $20,000 at a time,” Weed reports.

“Ms. Gates runs Colorado’s Best Dabs, a company that processes cannabis to extract concentrated oils that are used create marijuana-infused edibles such as brownies and teas.

“She is among the growing number of entrepreneurs who find themselves operating in a legal gray zone, as more states… move to legalize marijuana, while the Federal government still regards it as an illegal substance on par with heroin and LSD,” Weed concludes.

All Eyes on Texas

Sessions’ opinion that weed is similar to heroin is archaic, as the Times Julie Weed notes that BDS Analytics, an industry group in Boulder, Colorado, estimates cannabis products reported approximately $12.9 billion in revenue in 2017.

In addition to the 29 states and the District of Columbia that have already legalized either medical, recreational cannabis or both, all eyes are on the Senate race in Texas, where Ted Cruz is running against Democratic challenger, Beto O’Rourke, a fervent pot advocate.

Other states voting on cannabis legalization this year include: Utah, Missouri and North Dakota.

In 2019, there were at least 2,506 cases of vaping-related lung injury (EVALI) in the U.S., according to the U.S. Centers for Disease Control and … END_OF_DOCUMENT_TOKEN_TO_BE_REPLACED