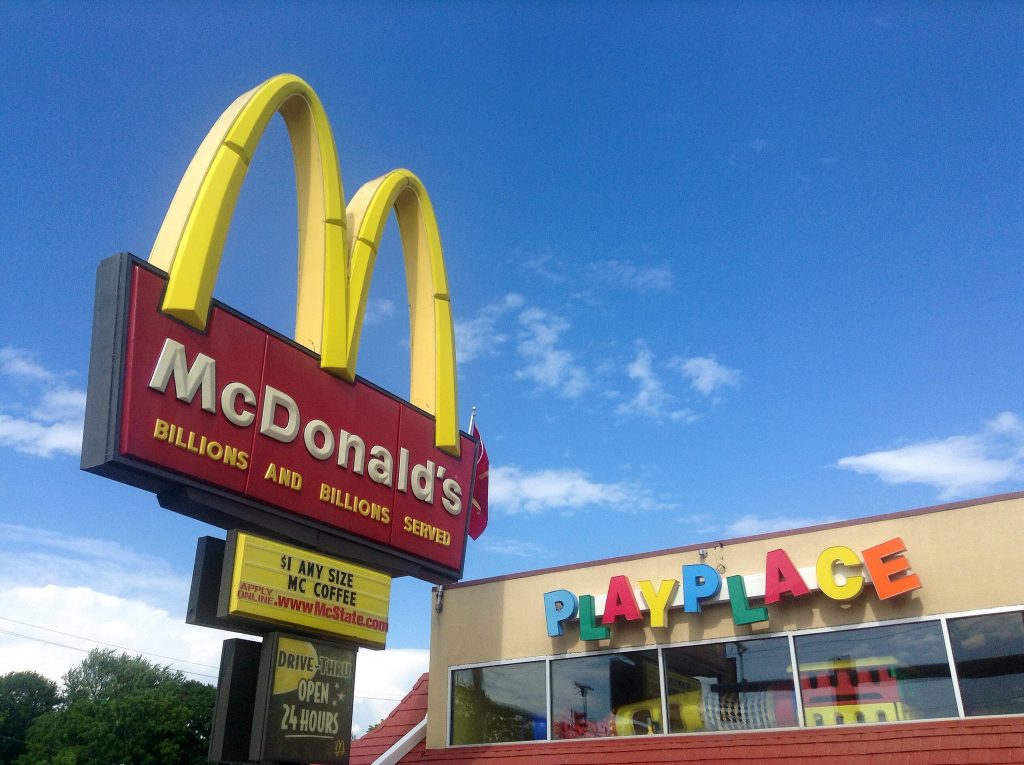 McDonald’s relationship with their franchisees has been an integral part of the fast-food giant’s success – but a recent ruling in a major case is putting those relationships in jeopardy, and McDonald’s is definitely not lovin’ it.

Although the Big Macs and the other menu items remain the same, McDonald’s is actually going through some major upheaval behind the scenes. Since 2012, The McDonald’s Corporation has been involved in a complex legal case involving alleged labor law violations.

At the heart of the issue is the relationship between the McDonald’s Corporation and its approximate 37,000 franchises: Is the corporation, legally-speaking, what’s called a joint-employer of the workers hired by each franchisee? If so, then the corporation will also be liable for labor violations which occur at any franchised locations.

The story behind the suit began in 2012. About 200 workers in New York City walked off their jobs at McDonald’s and similar places demanding both the right to unionize as well as a pay rate of $15 an hour. This was the start of the “Fight for $15” movement, which has since spread to over 600 cities worldwide.

Plaintiffs in the suit are those who took part in the 2012 protests and later encountered punishment from their employers, the individual franchise owners. Some participants allege their working hours were reduced while others say they were fired over their participation in the protest.

In March, McDonald’s legal team offered a potential settlement. They offered to pay between $20 and $50,000 to a few dozen workers involved in the suit. As part of the settlement, McDonald’s wanted to admit to no liability on the part of both corporate offices and individual franchises.

The company argued their terms were much more substantial than what the plaintiffs were likely to get in a trial. Plus, without a settlement, litigation would drag on for many more years for a case which has already taken several.

National Labor Relations Board Judge Lauren Esposito disagreed. She listed several reasons for rejecting the settlement. First, she said the proposal failed to reasonably match the expected findings if McDonald’s were to lose the case.  Additionally, the settlement couldn’t even offer a guarantee the individual franchises would follow the terms. Overall, the court said the settlement was not “a reasonable resolution based on the nature and scope of the violations alleged in the settlements’ limited remedial impact.”

Political Maneuvering Behind the Scenes

In just the past few years, the entire case has changed direction rather significantly. The trial began in 2014, during the Obama administration. At the time, the National Labor Relations Board contended McDonald’s was liable for franchise labor law violations.

But the general counsel of the NLRB is a political appointment. After Trump became President, he replaced Obama’s appointment with his own, Peter B. Robb. In January of this year, shortly after his appointment, Robb asked for and was granted a 60-day stay in the case. Even though the trial was just days away from concluding, Robb wanted to try to negotiate a settlement from McDonald’s.

While the settlement was rejected by the court, McDonald’s had spent the past few years clearly betting big on changing political tides. As noted by Judge Esposito, McDonald’s went to extraordinary lengths to stretch the proceedings past the 2016 Presidential election. They demanded transcripts to conference calls (an unusual request), questioned the legitimacy of many documents (which originated from their own offices) and took other rather blatant steps to slow forward progress.

McDonald’s resistance to the entire legal situation is understandable considering how much they potentially stand to lose.

Of the roughly 37,000 McDonald’s restaurants worldwide, over 90% are franchise locations. And those franchises have played an important role in the history and success of the restaurant. Franchise owners invented the Big Mac, Filet-o-Fish, Egg McMuffin and many other favorites.

But, depending on the eventual outcome of the case, the entire relationship could be changed dramatically. If the court rules McDonald’s is a “joint employer,” the corporation can be held liable for any franchisee violations of federal labor law, which then increases the corporate arm’s vulnerability to lawsuits. Plus, McDonald’s would also be legally obligated to recognize and bargain with any worker’s unions which may (and likely would) form.

More than forcing an increase in wages, a “joint employer” ruling could entirely upend the entire franchise model. Beyond just McDonald’s, all corporations which use the franchise model would be affected.

The Future of Franchises

Going forward, McDonald’s has three options. It can resume the trial, where it arguably has the most to lose. It can propose a different settlement. Or it can appeal the decision to the NLRB, which currently has a Republican majority.

The circumstances of this suit have been anything but standard, with politics playing an outsized role. And the rejection of the recent proposed settlement adds even more uncertainty. Issues related to appropriate wages and the right to unionize involve government agencies and multinational corporations. But the biggest impact – both positive and negative – will likely be felt by low-wage employees working behind the register.

On Friday 3/20/2020, in response to the COVID-19 pandemic, Governor Cuomo of New York issued Executive Order 202.8 which tolls the time limits for … END_OF_DOCUMENT_TOKEN_TO_BE_REPLACED