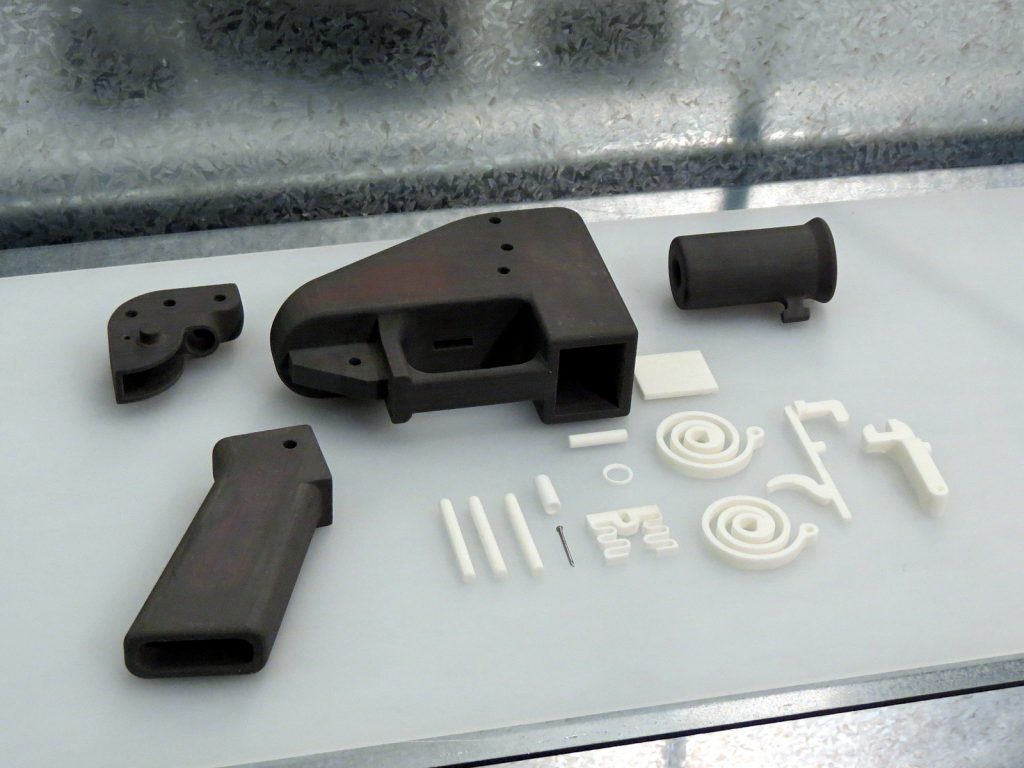 What is now called the Undetectable Firearms Modernization Act has been around for several decades in some form or another; this Act prohibits the possession of firearms that don’t set off metal detectors and other screening devices you’d find in airports, courthouses, and now, most schools in the United States. With so much attention being given to 3D printed firearms made of plastic, this Act has received a lot of attention recently.

A recent statement by US Attorney General Jeff Sessions goes after the makers of 3D-printed guns. According to Sessions, the Department of Justice (DOJ) will prosecute the makers of undetectable firearms to the fullest extent of the law. But the Sessions statement comes after the Department of Justice filed documents allowing the publication of blueprints to manufacture 3D-printed guns.

Last month, a federal judge blocked the online publication of blueprints after several states and the District of Columbia sued. The argument was that it is incredibly difficult for metal detectors to detect these types of firearms and that blueprints will make it easier for people who are not legally allowed to possess guns to gain access to firearms. The federal judge’s block, however, was only temporary.

What does the President think about undetectable guns and the blueprints for 3-D guns being accessible to the public? On July 31, 2018, Trump tweeted:

“I am looking into 3-D Plastic Guns being sold to the public. Already spoke to NRA, doesn’t seem to make much sense!”

Shopify and other retailers have banned the sale of 3-D printed guns; Facebook said it would ban the blueprints of 3D printed guns on its platform.

In other 3D-printed gun news, activists reached a settlement with the federal government on August 1 allowing them to print how to make a gun using a 3D printer. This settlement ended a years-long legal battle that started when Cody Wilson, a self-described post-left anarchist, posted plans for a 3-D printed handgun he called “The Liberator” in 2013. The gun could be made from the same plastic that Legos are made of, and the only metal parts of the gun were the firing pin and a piece of metal included only in order to comply with the Undetectable Firearms Act.

The US State Department told Wilson and his non-profit group Defense Distributed to take down the post saying it could violate International Traffic in Arms Regulations (ITAR), an agency that regulates the export of defense materials, services and data. Wilson complied with the order but pointed out that the files he posted had already been downloaded a million times, which means that anyone with a 3D printer who downloaded Wilson’s information could make a firearm capable of killing its intended target. Wilson sued the federal government on May 6, 2015. The 25-page suit, filed in Federal District Court in Austin, Texas was a new and unprecedented way to use the First Amendment in support of the Second Amendment.

The 3D-manufactured gun debate continues, but at this moment in time, the DOJ will be prosecuting those who are found to have these guns in their possession.

On Friday 3/20/2020, in response to the COVID-19 pandemic, Governor Cuomo of New York issued Executive Order 202.8 which tolls the time limits for … END_OF_DOCUMENT_TOKEN_TO_BE_REPLACED