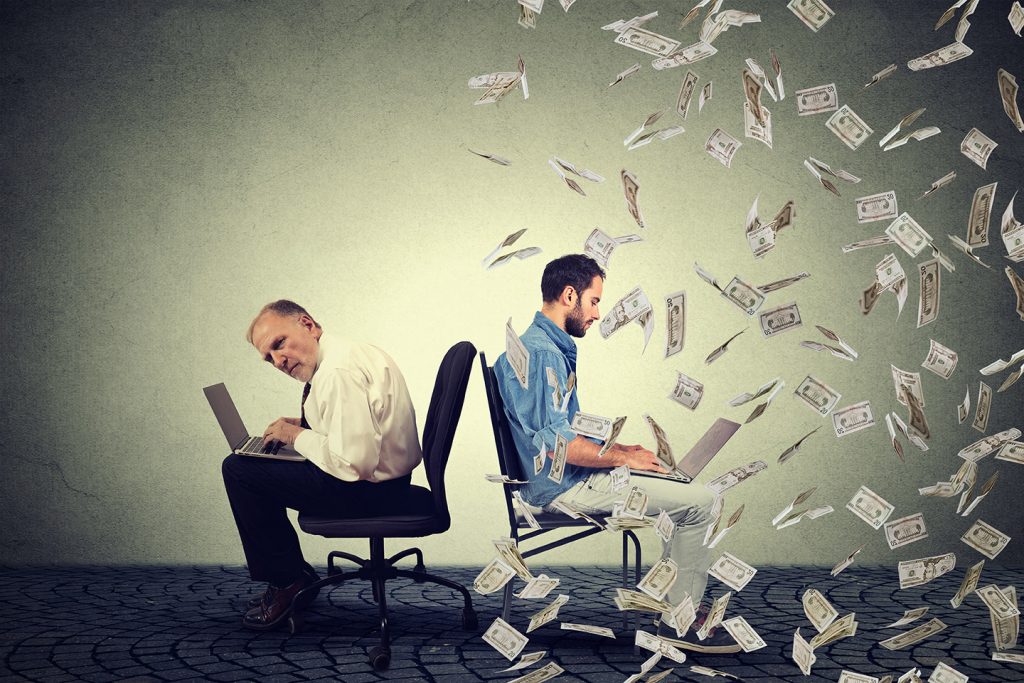 Back in the 1970’s, when baby boomers at college campuses across the nation were grooving to David Bowie’s “Young Americans,” communications majors were also captivated by the 70’s media guru Marshall McLuhan’s cult phrase “the medium is the message”.

McLuhan’s said the medium is embedded in the message and “synergistically” alters its content, according to Wikipedia.

Now, in 2018, when Facebook has become the most powerful communications medium platform globally, McLuhan’s ‘70’s theoretical construct has become central to a massive class action suit brought by the 700,000-member Communications Workers of America (CWA) union.

The CWA represents 100’s of would-be employees over age 40 who believe they were never allowed to see the job recruitment ads major companies place on social media feeds that “microtarget” young Americans under 40.

The complaint charges Facebook itself—and its wunderkind, Mark Zuckerberg—with using the FB-created discriminatory algorithms to find their own young workforce, as well as encouraging other big companies use Facebook’s discriminatory tools.

The CWA suit alleges Facebooks advertising algorithms are not “passive conduits” protected from prosecution by the 1996 Communications Decency Act but are ‘materially active’.

The charge is backed by the U.S. Court of Appeals in San Francisco ruling that says while the law offers immunity for platforms acting as ‘passive conduits,’ it “doesn’t shield a company which contributes materially to the alleged illegality of the conduct,” writes Josh Eidelson for Bloomberg,

Eidelson adds that CWA charges that when Facebooks’s own algorithm disproportionately directs ads to younger workers… advertisements are engaging in disparate treatment,” that is inherently unequal.

The current lawsuit, Bradley v. T-Mobile, “has been expanded to identify additional companies, further widening the latest front in claims that candidates are being filtered out by gender, geography, race and age,” Eidelson concludes.

The lawsuit asks the court to declare that the advertising and recruitment practices are in violation of the Age Discrimination in Employment Act (ADEA).

The suit also seeks an injunction that stops companies from continuing to place the Facebook algorithm ads that violate the ADEA law.

Furthermore, according to Erin Mulvaney, of National Law Journal, “the plaintiffs said that on May 10, EEOC issued the plaintiffs a right-to-sue letter under the ADEA.

Separately, the plaintiffs said they received a right-to-sue letter on May 22 from the California Department of Fair Employment and Housing, Mulvaney reports. 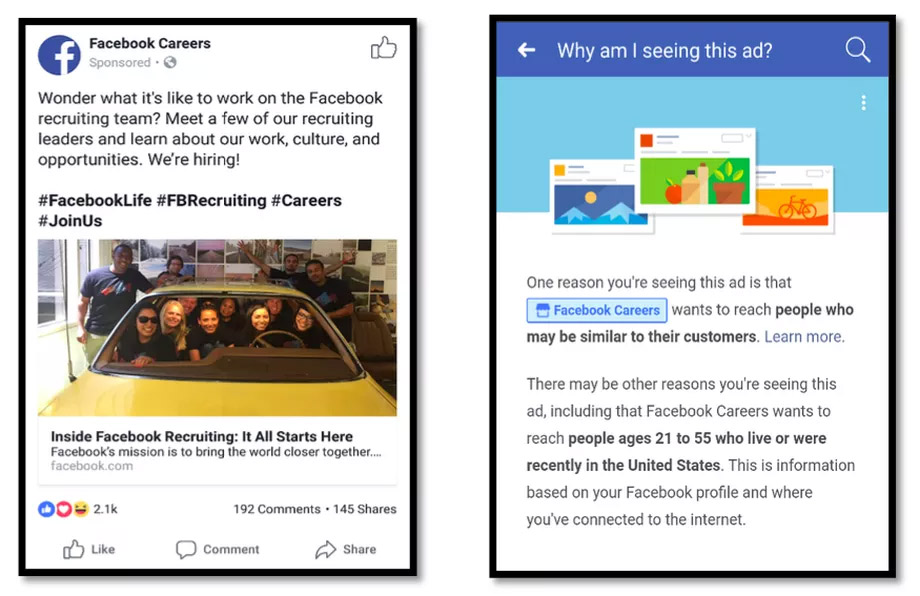 An Amazon spokesperson said in a statement published in the National Law Journal that “Amazon is an equal opportunity employer. … Our approach is and always has been to seek all qualified candidates over the age of 18.”

According to the plaintiffs’ attorneys, Outten & Golden, LLP, a national law firm, dozens of major employers used Facebook’s ageist algorithm in job ads that were hidden from older workers.

Facebook AP of Advertisement, Rob Goldman said “Facebook tailors our employment ads by audience” and “we completely reject the allegations that these advertisements are discriminatory.”

A major New York Times and ProPublica investigation highlighted the practices and suit.

Congress and AARP Onboard

On Friday 3/20/2020, in response to the COVID-19 pandemic, Governor Cuomo of New York issued Executive Order 202.8 which tolls the time limits for … END_OF_DOCUMENT_TOKEN_TO_BE_REPLACED