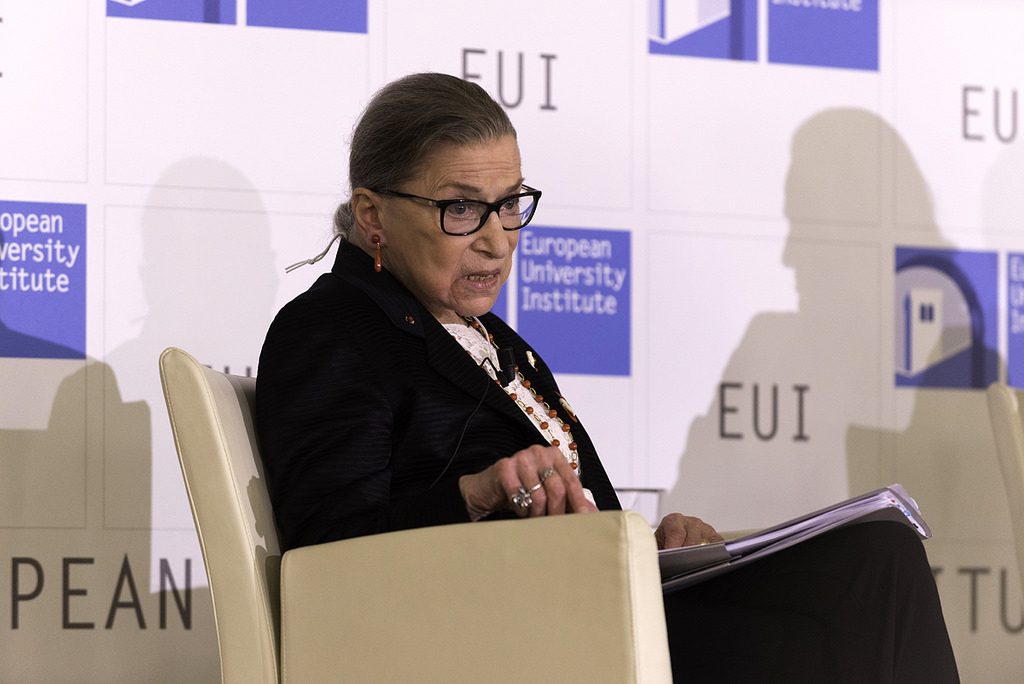 Ever since the sudden death of Supreme Court Justice Antonin Scalia the nation’s highest court has been carrying on its business with eight justices instead of nine. The status quo on the Court for many years had been that there were four conservative leaning justices and four liberal leaning justices, with one justice, Kennedy, being a bit of a swing vote. But since Scalia’s passing the court has found itself handing down effective no-decisions – which happens when there is a tie. Now Justice Ruth Bader Ginsburg is speaking out against the situation.

Ginsburg said that the current situation, in which it is possible for four Justices to see a case a certain way, and the other four to see it in an opposing way, is leaving important cases undecided. When there were nine Justices on the bench there were very few ties, but now the Court has found itself unable to decide in several important cases.

President Obama tried to fill the vacancy left by Scalia when he nominated Judge Merrick Garland to join the Supreme Court bench. But this is an election year and getting a simple up or down vote on his nominee seems all but impossible with a Republican controlled Senate, which has seen many Senators decline to even have a conversation with Garland.

Though it seems clear that having nine Justices, as opposed to eight, would benefit all involved, Justice Stephen Breyer had a different take on the current situation. He asserted that, due to the way the Justices tend to vote based on their philosophical leanings, former Justice Scalia would have only played a pivotal role in perhaps four or five of the 70 cases the court will hear this year.

But Justice Ginsburg is ardent in her opinion that nine Justices is essential. She was quoted as saying that she does not believe eight is a good number of Justices, and that she looks forward to returning to the usual nine Justice Court next year.

On Friday 3/20/2020, in response to the COVID-19 pandemic, Governor Cuomo of New York issued Executive Order 202.8 which tolls the time limits for … END_OF_DOCUMENT_TOKEN_TO_BE_REPLACED