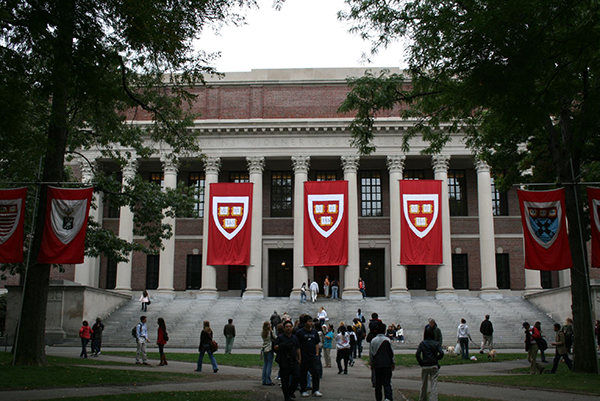 A recent Harvard graduate has filed a lawsuit against the University for failing to protect her after being sexually assaulted and for creating a “culture of silence” about sexual assault on the college campus. Alyssa Leader filed the lawsuit in the United States District Court of Massachusetts requesting a jury trial for an undisclosed amount.

Background Of The Case

In March 2013, Ms. Leader stated that she began a relationship with a person known as John Doe1, who lived in her dorm, that eventually led to sexual assault and abuse. The Complaint stated that over time, John Doe 1 became increasingly violent and demanding when Ms. Leader declined his sexual advances. John Doe 1 is stated to have thrown furniture, slammed doors, and acted out in different manners. The relationship was finally ended in March 2014.

After the relationship ended, John Doe 1 continued to harass Ms. Leader. He and his friends would continually bother her at work and place themselves in situations where she would have to encounter them.

Ms. Leader had reported these actions several times to campus police and reported his behavior and her fears to campus counselors. These reports spanned from March 2013 until Spring of 2015.

In November 2014, because of the continual harassment, Ms. Leader asked that John Doe 1 be removed from the dorm house. The school declined to move John Doe 1 and discouraged her from making a formal complaint.

In April 2015, one month before her graduation, Ms. Leader had to obtain a Restraining Order against John Doe 1, and at that time, the University finally removed him from the dorm.

Harvard University is one of 50 colleges that are currently under investigation by the U.S. Education Department for violating federal laws in the way that it handles sexual assault and harassment complaints. The U.S. Education Department, during its ongoing investigation, has stated that it will begin to withhold funding from universities that do not have adequate sexual assult policies in place on their campus.

In an effort to comply with The U,S, Education Department, Harvard enacted new policies and procedures on campus to handle sexual assault and harassment cases in September 2014. These policies were in place during the time Ms. Leader was being sexually harassed. Since September 2014, the Office of Dispute Resolution on the Harvard campus has received 34 complaints, of which there has been mixed findings.

In regard to Ms. Leader, the Office of Dispute Resolution finally decided on her case in July 2015, two months after she graduated college and left the campus. In their findings, they stated that they could not find any acts of harassment or sexual assault. Ms. Leader has since appealed the decision.

A Culture Of Silence Is Not Acceptable

Colleges that continue to have a culture of silence in regard to sexual assault and harassment are clearly in violation of many laws and regulations. If you are being sexually assaulted or harassed on campus and your college is not responding, you should speak to an attorney about your rights as a sexual abuse victim.

You so not have to suffer in silence. You have rights as a victim. Schedule an appointment with an attorney today and discuss how they can help you through this difficult situation.

Author Bio: Steven Sweat is a personal injury attorney with over 20 years experience representing victims of sexual assault and abuse in California. He is the principal of Steven M. Sweat, APC, a Los Angeles based tort law firm.

On Friday 3/20/2020, in response to the COVID-19 pandemic, Governor Cuomo of New York issued Executive Order 202.8 which tolls the time limits for … END_OF_DOCUMENT_TOKEN_TO_BE_REPLACED