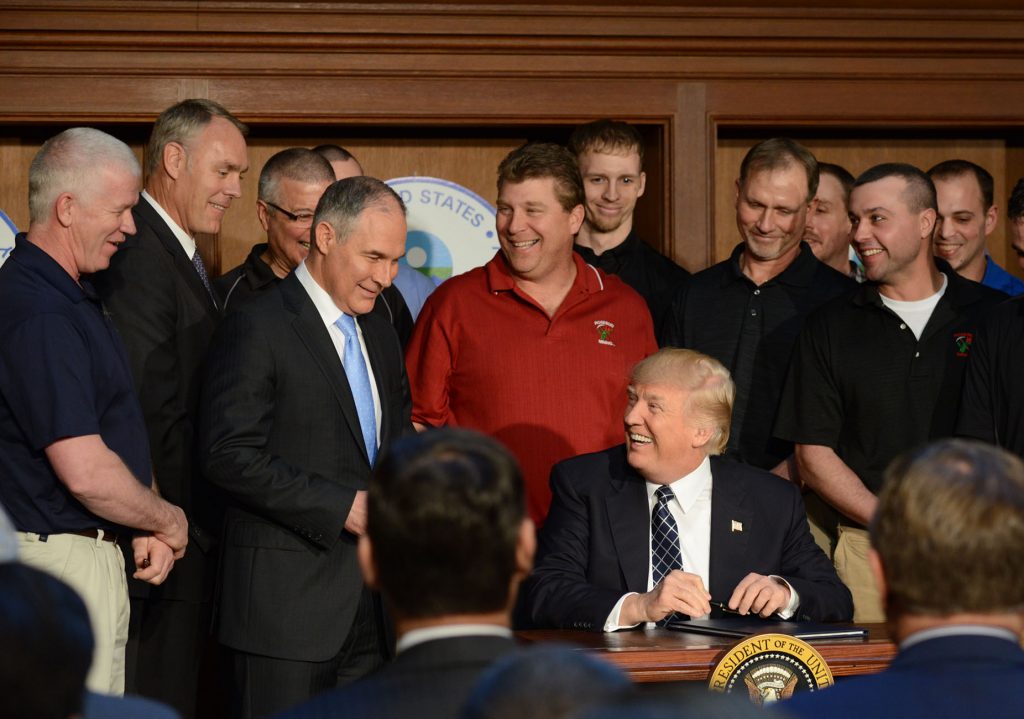 Former EPA Administrator Scott Pruitt resigned on July 5 after a staggering number of corruption scandals rendered his position at the agency untenable. However, Pruitt’s legacy of stalling important regulatory work seems likely to remain under his successors – Politico has reported that the EPA is delaying the release of a report that says Americans are vulnerable to leukemia and other forms of cancer as a result of daily exposure to formaldehyde vapor.

Formaldehyde is perhaps most well known for its use in embalming fluid. However, formaldehyde is one of the most commonly used chemicals in the country – Americans are exposed to it through wood composites in furniture, in cosmetics and through air pollution from fuel refineries, among a number of other sources.

Scientists have long understood the dangers of formaldehyde, which include nose, throat and other cancers. However, the draft report prepared by the EPA’s Integrated Risk Information System (IRIS) is important because it would serve as an EPA confirmation of the link between formaldehyde and leukemia, a finding which could have a significant impact on the agency’s regulatory approach to the chemical.

An initial draft of the report was actually finished during the final days of Barack Obama’s presidency. And Pruitt himself acknowledged the existence of the report at a Senate committee hearing in January of 2018, saying in response to questions from Sen. Ed Markey (D-Mass) that, “You know, my understanding is similar to yours.”

However, despite Pruitt’s statement that the report would be ready soon, IRIS’ health assessment has remained under wraps. In a statement, the EPA insisted there was nothing unusual about the process and denied that the report was being suppressed.

Still, anonymous sources close to the EPA told Politico that agency officials are “stonewalling every step of the way.” These tactics allegedly include canceling required briefings that would have advanced the report. EPA officials have also refused to send e-mails or create other documentation in order to avoid leaving a paper trail showing their interference, the sources claim.

Industries that rely on formaldehyde and other chemicals have pushed hard to keep the report from being issued “prematurely” and to head off any potential new regulations of formaldehyde. Kimberley Wise White, head of the American Chemistry Council’s Formaldehyde Panel, said in a letter to EPA leadership that premature release of the report could cause “irreparable harm to the companies represented by the panel….”

The industry’s arguments found sympathetic ears within the Trump Administration’s EPA, which has sought to delay or roll back many Obama-era environmental initiatives. Politico earlier reported that the White House and EPA tried to delay a report from the Department of Health and Human Services on toxic chemicals in the nation’s water supplies.

President Trump and former Administrator Pruitt staffed the EPA with many officials who had a history of working for the sorts of industries the agency regulates. Andrew Wheeler, who is the acting administrator of the EPA after Pruitt’s departure, worked for Sen. James Inhofe (R-Okla) in 2004 when Sen. Inhofe attempted to delay an earlier version of the formaldehyde assessment. In addition, Wheeler lobbied on behalf of many chemical companies after leaving Sen. Inhofe’s staff.

Nancy Beck, now head of the EPA’s chemical safety office, had previously worked for the chemical industry, during which time she criticized the IRIS program.

IRIS has long been a sore spot for corporate officials, who have frequently criticized the program, which has a staff of about 35. These men and women are tasked with examining evidence on the safety of chemicals and issuing their resulting findings.

While their reports are scientific and do not have the force of law or formal EPA rules or regulations, IRIS findings are well-respected and often shape EPA rule making. As a result, the office has become a battleground in recent years.

IRIS has not been entirely blameless in these fights. The National Academies of Sciences criticized an earlier draft of the formaldehyde report in a 2011 paper, a fact that has often been cited – including by hostile Trump Administration officials – as evidence of IRIS’ failings.

However, Politico notes that IRIS made numerous changes in the wake of the NAS report, including hiring a new director. And the NAS gave IRIS stronger reviews in 2014 and 2018.

Because EPA officials are blocking the formaldehyde report at the early steps of the IRIS review process, they have (so far) successfully prevented it from going to the National Academy of Sciences for official review, as required by law. The agency has already paid NAS $500,000 for the review, but until NAS receives the study, it cannot conduct a lawful review

As of May 17, EPA officials told Sen. Markey that the report was still under review and the agency had no updates. And with Acting Administrator Wheeler expected to continue Scott Pruitt’s deregulatory agenda, it remains an open question as to whether or not the American people will ever see the report.

On Friday 3/20/2020, in response to the COVID-19 pandemic, Governor Cuomo of New York issued Executive Order 202.8 which tolls the time limits for … END_OF_DOCUMENT_TOKEN_TO_BE_REPLACED