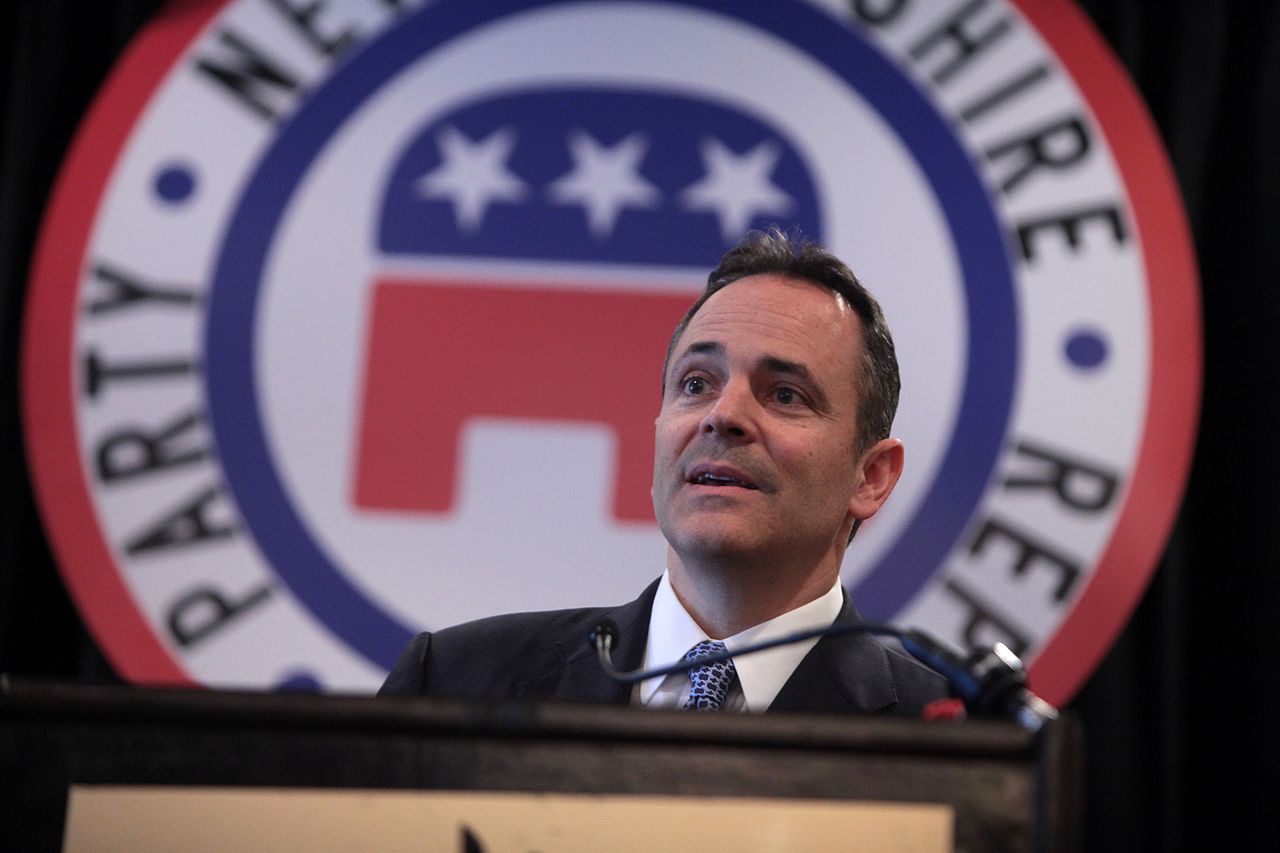 Kentucky is the first state to test a work requirement for its Medicaid recipients following a November, 2017 Centers for Medicare & Medicaid  directive, and Republican Kentucky Governor Matt Bevin isn’t about to see his prize overruled by the  “too-liberal” appellate court system.

Bevin took a shot at the bench this week when he unabashedly threatened to sign an executive order slashing 400,000 people from Kentucky’s expanded Medicaid program that funds Obamacare if the courts successfully block the CMS work requirement mandate, premiums or other constraints Bevin plans to impose on low-income people starting in July.

Bevin’s outrage was prompted by several national health advocacy groups who have promised to sue the first state to implement a so-called ‘Medicaid 1115 waiver’ if that waiver either reduces health care coverage or cuts people off the Medicaid and Obamacare rolls, says John Cheves, writing for the Tribune News Service.

The changes Bevin wants to make include “requiring able-bodied adults” between the ages 19 and 64 to complete 80 hours a month of ‘community engagement that could mean a job, attending school, vocational courses or community services,” according to the Tribune

These requirements appear to help people gain a foothold in the workforce but they’re actually an excuse for eliminating Kentucky residents from the extended Medicaid program, critics say.

“Under former Democratic Governor Steve Beshear, Kentucky participated in the Federal expansion of Medicaid during the Great Recession to cover the ‘working poor’—people living at up to 138 percent of the Federal poverty level. As a result, Kentucky’s uninsured rate plummeted to five percent, but nearly one-third of the state’s 4.4 million people are now enrolled in Medicaid,” the Tribune’s Cheves notes.

Although Bevin claims that incorporating the work requirement into Medicaid is an incentive for enrollees to seek employment, critics worry that many low-income workers don’t have the wherewithal to keep filing government paperwork so they can officially prove where, when and how they’re employed.

Failing to fill out forms properly will cause Kentuckians to be locked out of Medicaid for six months at a time, Eliot Fishman, senior director of health policy at Families USA in Washington, told The Tribune.

Critics expressed skepticism that Verma is an advocate for Federal healthcare, as her boss in The White House is intent on destroying President Obama’s landmark healthcare legacy.

“The work requirement proposal—which was repeatedly rejected by the Obama Administration, as it would interfere with providing health coverage—is a more subtle way to reduce the number of non-disabled adults added to Medicaid under the Affordable Care Act, according to Phil Galewitz and Pauline Bartolone, writing for Kaiser Health News.

“This is an effort to walk back the Medicaid expansion,” Judith Solomon, vice president of the Center on Budget and Policy Priorities, a Washington-based research organization, told Kaiser Health.

“CMS said states would have to test whether the work requirement improves enrollees’ health—a point Solomon ridiculed.  “What health outcome will be improved if we take away health care from those not able to work?” she asked.

States are Given Wide Latitude

The CMS guidelines give states wide latitude in enacting work requirements and state rules may differ on who gets exempted from the mandate.

For example, Arizona’s pro-consumer proposal has one of the longest lists of exemptions, including people over 55, victims of domestic violence, American Indians and individuals who have experienced a death of a family living in the same household.

By comparison, Kentucky’s draconian approach to work requirements exempts children, pregnant women, primary caregivers for children or a disabled relatives and the medically frail from its Medicaid work mandate, according to Kaiser Health.

What constitutes “medically frail” is yet to be determined.

On Friday 3/20/2020, in response to the COVID-19 pandemic, Governor Cuomo of New York issued Executive Order 202.8 which tolls the time limits for … END_OF_DOCUMENT_TOKEN_TO_BE_REPLACED