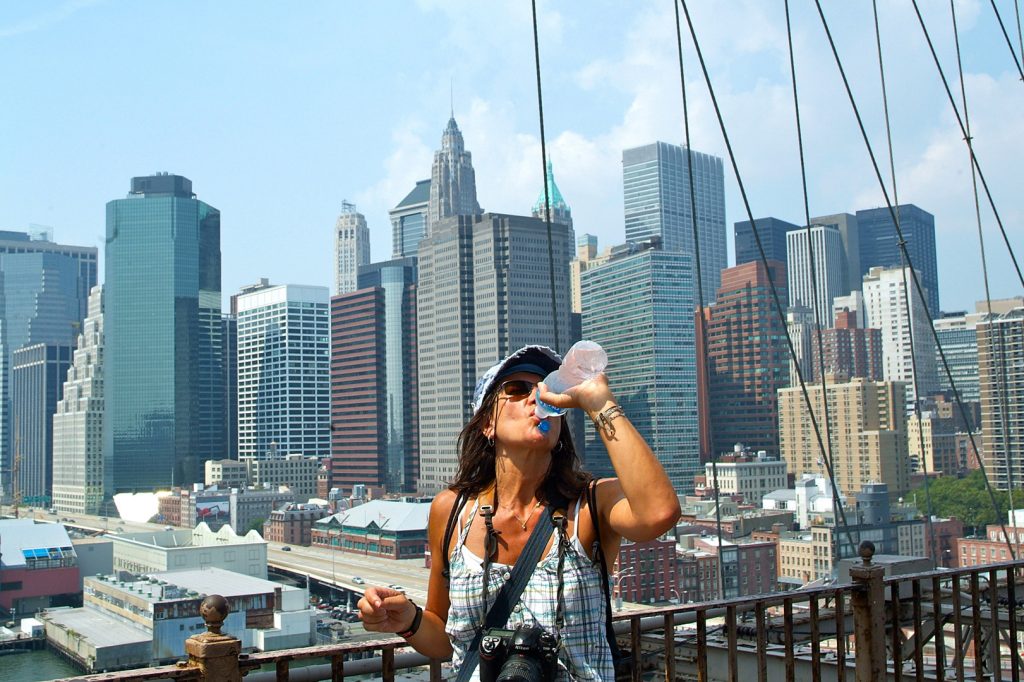 The dangers of lead are nothing new. For over 100 years, people have been aware exposure to lead can cause a variety of health problems, and that children are particularly at risk. But lead-based dangers were considered relatively under control. Lead has been banned from gasoline, paint, food cans and a variety of other substances. Exposure to lead has been steadily decreasing for decades throughout the country – with one notable exception.

Syracuse, New York, is in the midst of a lead poisoning epidemic of historic proportions. Even more alarming, the city’s youngest residents are the most severely affected. Why is a health problem generally considered solved currently ravaging a large American city, and is a solution in sight?

A Town with an Unwanted Claim to Fame

Last year, 678 kids living in Syracuse suffered from the effects of lead poisoning. Most of those affected were between the ages of one and two years old. Eleven percent of all the children tested by the Onondaga County Health Department had elevated levels of lead in their blood.

Even worse, the number affected is likely much higher than reported. Although New York state requires children to be tested for lead exposure between the ages of one to two, health officials estimate 30% of children aren’t tested at all.

Lead is unsafe in any amount, but children are especially vulnerable. Exposure to lead in childhood leads to a lifetime of problems related to the brain and nervous system. In pregnant women, lead can result in miscarriage, premature birth and a variety of other issues.

Issues which Persist Year after Year

The lead levels among the residents of Syracuse are alarming, but they’re not particularly new. Lead exposure has been a problem in the city for many years. In 2012, 836 children tested in the city had high lead levels. While 678 children with high lead levels in 2017 is technically an improvement, it’s still a shockingly high number for an American city.

Also high is the amount of lead found many of these kids. Thirteen young patients had to undergo chelation, which is a complicated and often painful procedure used to remove metal build-up in the body. Each patient had over 40 micrograms of lead per deciliter of blood. Five micrograms are considered the threshold for potential problems.

Plenty of Blame to Go Around

The cause of these lead-related problems is both simple and complex. Simply put, the lead exposure is due to the lead paint found in many of the older homes throughout the city. But why so much lead paint can be found in Syracuse is a more complicated matter.

First, there’s a lack of laws. Within the city limits, using lead paint isn’t even a code violation. Lead paint was banned federally in 1978, but if it’s already on the walls in a home, the city has no tools to force landlords or homeowners to remove it.

Of course, nobody wants to live around lead. People are often either unaware of the dangers in their home or unable to afford a safer place to live.

Economics plays a key role in lead exposure. Health records show roughly one-quarter of all children tested in the city’s poorest areas suffer from some degree of lead poisoning.

Two of the worst areas for lead exposure are the Beauchamp Library area around the city’s South Side and the area north of I-690 by Pearl and Lodi streets. Roughly 46% of the residents in those areas live below the poverty level. Additionally, the neighborhoods also have a high population of refugees.

The U.S Department of Housing and Urban Development once predicted problems caused by lead-paint could be eliminated entirely by 2010. Today, their prediction appears to have been hopelessly naïve.

The agency has spent millions helping to fix buildings and educate the public. But the level of assistance decreases each year. In 2007, HUD grants totaled $143 million. By 2016, grant levels dropped by almost half, totaling just $88 million.

To be fair to the federal government, Syracuse hasn’t always used the resources efficiently. In 2015, HUD refused to provide their annual grant to the city to help with lead abatement. Officials complained the city was not following proper testing guidelines.

Funding eventually resumed and the city has been making renewed efforts to combat the lead problem. They’ve spent $5.7 million of HUD funding to help remove lead from 435 homes. Over the past 20 years, about 2,500 homes total have been made lead-free. Most of the help involves replacing windows and doors.

Additionally, non-profits such as Home Headquarters have stepped in to help. They typically loan money to landlords to help with repairs. But making the city lead-free is still a considerable endeavor.

Is a Lead-Free Future Possible?

Removing lead-based dangers is primarily a humanitarian issue. No one, especially a young child, should be poisoned in their own home.

But the issue is also an economic one. While repairing existing lead-contaminated structures is expensive, doing nothing is even more so. Lead exposure limits a person’s lifetime earning potential while increasing their health care needs. Every dollar spent on controlling lead-related dangers actually saves about $200 in health care costs and improved quality of life.

Awareness also plays a key role. Many people consider lead poisoning to be a danger from another time, something not worth worrying about today. But, as Syracuse illustrates, the dangers of lead can be frighteningly close to home.

Preventing lead-related problems is significantly easier than treating them once they’ve developed. While no quick answers are available for the people of Syracuse, shining a spotlight on the issue can potentially help persuade local and federal officials to increase their efforts.

On Friday 3/20/2020, in response to the COVID-19 pandemic, Governor Cuomo of New York issued Executive Order 202.8 which tolls the time limits for … END_OF_DOCUMENT_TOKEN_TO_BE_REPLACED