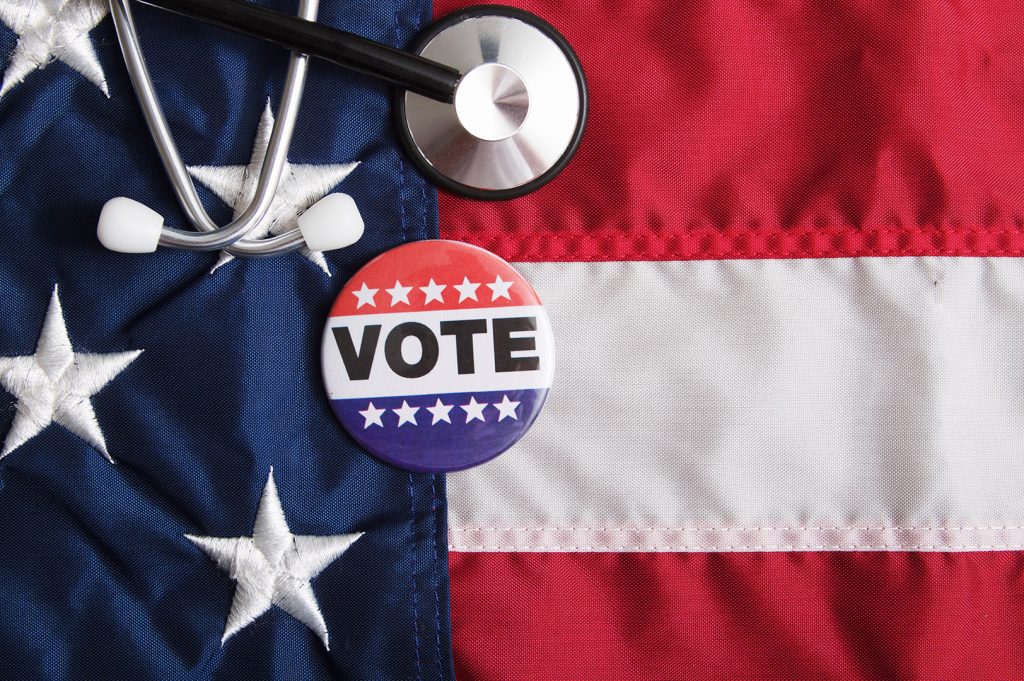 However, when the Supreme Court upheld the constitutionality of the ACA’s insurance mandate in 2012, it ruled that the mandatory Medicaid expansion was unconstitutional.  As a result, states were given the option to participate in the expansion.

Ever since, the battle for the Medicaid expansion has been a state by state slog across the country. Most blue states eagerly opted for the expansion, but states with Republican governments mostly resisted.

However, the expansion took a significant step forward on Tuesday, as a handful of deep red states either voted directly to expand the program or voted for gubernatorial candidates who are likely to press for Medicaid expansion in office.

With  Republicans firmly in control of the state governments in Idaho, Nebraska and Utah and utterly opposed to the Medicaid expansion, voters there took matters into their own hands and approved ballot measures directing the states to expand the program.

Every state is unique, and it’s reductive to simply portray these states as conservative redoubts – in Utah, for example, a similar percentage of voters approved a medical marijuana initiative. But Utah, Nebraska and Idaho have undeniably Republican tilts, and it’s a reflection of the evolving politics of Medicaid that expansions passed so easily there.

Medicaid as a Campaign Issue

Democrats netted seven governors’ mansions in the midterm elections, and healthcare was a significant issue in many of these races. Medicaid expansion also played a huge role in at least three of the Democrats’ victorious gubernatorial races.

Voters in Maine approved an expansion of Medicaid in 2017. But Republican governor Paul LePage, an avowed opponent of Medicaid expansion, resisted at every step, refusing to implement the voters’ will even in the face of court orders directing him to do so.  That dynamic will come to an end in January, when Democrat Janet Mills, who easily won the governor’s race on Tuesday, takes office. She has vowed to implement the Medicaid expansion immediately.

In deep red Kansas, Democrat Laura Kelly won a surprisingly easy victory over Trump ally Kris Kobach, becoming the first Democrat to win a statewide race there since 2006.  The Republican-controlled legislature actually passed a bill to expand Medicaid in 2017, but came up just one vote short of overriding then-Governor Sam Brownback’s veto. With a Democrat occupying the governor’s mansion, Medicaid expansion in Kansas seems a foregone conclusion.

Democrat Tony Evers’ victory over incumbent governor Scott Walker in Wisconsin was one of the most satisfying of the night for Democrats, but it was more than just a moment of revenge for progressives. Evers has vowed to do everything possible to expand Medicaid. However, Evers faces the most difficult road of the three newly elected Democratic governors mentioned here, as Republican legislators have made clear they intend to fight any expansion plans.

Medicaid didn’t have a flawless night – an initiative to fund the continuation of an existing expansion through a cigarette tax failed in Montana, 53-47. However, assuming the Medicaid expansion succeeds in Idaho, Nebraska, Utah, Kansas and Maine, it’s estimated that an additional 500,000 low income individuals will receive health insurance through the program.

Still, the devil is in the details. Bills have to be written and applications submitted to the federal government’s Centers for Medicare and Medicaid Services. States have approached Medicaid expansion in a number of different ways – some have imposed harsh work requirements or premiums and co-pays as part of their expansions. And the Trump Administration has made it clear it will look kindly upon such requests.

It’s worth paying close attention to the bills that come out of these deeply conservative states. But between the success of the Medicaid expansion on Tuesday and relentless Democratic messaging on the ACA’s protections for individuals with pre-existing medical conditions, it’s clear that Obamacare has turned a political corner.

On Friday 3/20/2020, in response to the COVID-19 pandemic, Governor Cuomo of New York issued Executive Order 202.8 which tolls the time limits for … END_OF_DOCUMENT_TOKEN_TO_BE_REPLACED