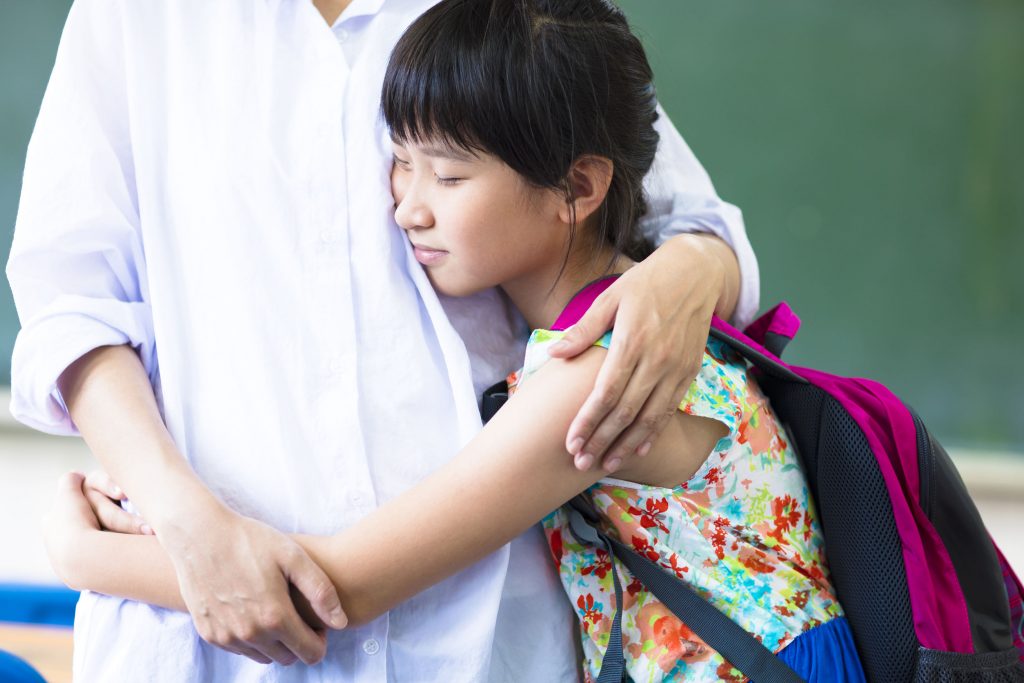 For the past several years the subject of bullying has been in the news. The victims have included toddlers to teenagers and people of all races, and various sexual orientations. But one factor that many of the publicized cases of bullying share in common is that the victims were usually classmates of those who bullied them; they were students in grade school or university. Now, a lawsuit which stems from a tragic case of bullying calls into question whether the schools themselves may be at least partly responsible.

13-year-old Emilie Olsen shot and killed herself in December 2014 after what her parents describe as years of bullying by her classmates. They say that it all began in fifth grade when she was teased for the kind of clothing she wore, when her classmates asserted that Chinese people don’t wear camo patterned clothes. Emilie was born in China and was adopted before her first birthday.

As the years rolled on Emilie was the target of additional insults and teasing, such as being called gay when she was in sixth grade. Her classmates even created a fake social media account called “Emilie Olsen is Gay.” The jeering allegedly included an incident in which one classmate told her to kill herself, and another incident in which she got into a physical altercation in gym class as a result of the fake social media account, and associated online comments.

Though Emilie’s gym teacher was witness to the scuffle, and even broke it up, she reportedly took no action to address the underlying issue. It was this fight that prompted Emilie’s father to write to the school’s principal, in an email in which he said he thought that this situation could spiral out of control. Despite being reassured that the situation would be handled, the bullying continued. By seventh grade Emilie had taken a turn for the worse, and began to show signs of depression.

According to the complaint, which was filed by Emilie’s parents against the school district, school officials, and some of Emilie’s tormenters, school officials repeatedly dropped the ball and failed to protect their daughter. The Olsens assert that the officials didn’t make a sincere effort to learn about the online bullying. They didn’t keep the parents informed about several in-school confrontations involving Emilie. They didn’t discipline those who were tormenting Emilie. Ultimately, the lawsuit alleges, the combination of these factors cost Emilie her life.

On Friday 3/20/2020, in response to the COVID-19 pandemic, Governor Cuomo of New York issued Executive Order 202.8 which tolls the time limits for … END_OF_DOCUMENT_TOKEN_TO_BE_REPLACED