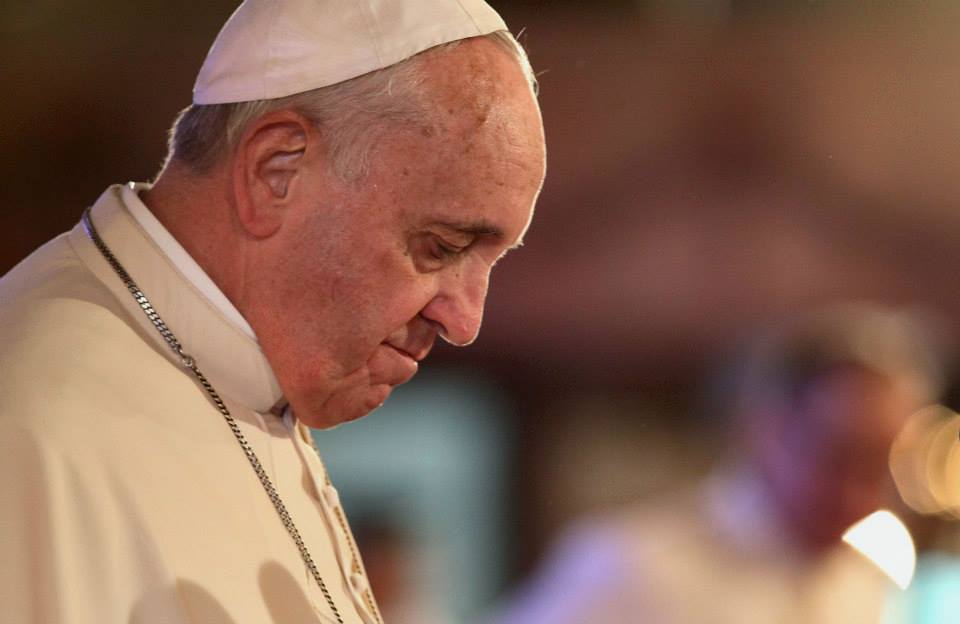 Pope Francis’ recent declaration that he is revising the Catholic Catechism–the church’s book of moral and religious teachings– to say the death penalty is inadmissible in all cases “because it is an attack on the inviolability and dignity of the person”, has incited some conservatives to lash out at the Pope’s liberal policies.

CNN’s Chris Cuomo said “the hard part is squaring the logic of being pro-life.

“In our collective choices about our economy, our institutions, and our justice system… we see it on the border with all this ‘us versus them,” Cuomo said.

However, Governor Cuomo is a strong abortion advocate.

How do you reconcile that inconsistency? The Pope’s conservative Catholics argue.

The ultra-right publication, The Stream wrote, “make no mistake, the Vatican launched this smoke bomb this week for a reason… to get the world’s liberal activists’ attention, according to Daniel Burke, CNN’s religion editor.

“This sends the memo. “Don’t talk about all those molested boys. Talk about this instead, “Stream wrote.

“A … tea leaf reading about [Brett] Kavanagh and his thoughts on abortion is already underway, particularly his dissent with a ruling that allowed an undocumented teenager detained at the border to obtain an abortion,” writes CNN’s Byron Wolf.

“The majority apparently thinks that the Government must allow unlawful immigrant minors to have an immediate abortion on demand,” Kavanagh sneered.

“When President Donald Trump nominated Brett Kavanagh to the Supreme Court… Kavanagh described his Catholic faith and the importance of the church in his life — from the high school he attended to the Catholic Youth Organization basketball teams he now coaches,” CNN’s Wolf writes.

The Fifth Catholic on the Court

If appointed, Kavanagh would be the fifth Catholic on the Court,   including: Chief Justice John G. Roberts Jr. and Justices Clarence Thomas, Samuel. A. Alito Jr. and Neil Gorsuch.

Gorsuch was raised in the church but is now a Protestant.

Obama-appointed Sonia Sotomayor was raised Catholic. During her nomination, she was described as a “cultural Catholic, Wolf writes.

CNN’s Jay Parini writes, “It should be noted that as Michael S. Rosenwald wrote in the Washington Post in late 1972, while drafting the Supreme Court’s landmark Row. v. Wade decision that would make history in 1973, Justice Harry Blackmun asked fellow justice William J. Brennan Jr., to review a section in the opinion concerning the Roman Catholic Church.

“… Brennan was the court’s lone Catholic. And he was on Blackmun’s side of history–to legalize abortion, the church’s position be damned.

“Brennan’s pivotal role in legalizing abortion–persuading Blackmun and other justices to view it as a privacy issue, might prove particularly instructive, given Trump’s campaign pledge to appoint justices who will overturn Roe.

“Given the current court makeup, one vote could flip the law on one of the country’s most divisive issues,” CNN’s Parini concludes.

As Brennan made clear, Supreme Court Justices are obliged to uphold the Constitution and should be able to maintain separation of church and state.

However, in practice, politics holds sway.

Parini quotes from Pope Francis’ liberal revision to the Catechism that “recourse to the death penalty on the part of legitimate authority, following a fair trial, was long considered an appropriate response to the gravity of certain crimes and an acceptable, albeit extreme, means of safeguarding the common good”.

“But an ‘increasing awareness’ that criminals don’t lose their human dignity, a ‘new understanding’ of prison systems and the development of ‘effective systems of detention’ have led the church, under Pope Francis, to revise its official views,” the Vatican said last Thursday,” Parini says.

Pope Francis writes, “the death penalty is inadmissible because it is an attack on the inviolability and dignity of the person.”

Parini begs the question, “does all of this mean that Catholic politicians will immediately switch positions on the death penalty?”

“Don’t bet on it, said Helen Alvaré, professor of law at the Antonin Scalia Law School at George Mason University.

“The death penalty teaching may be observed or ignored, as is the abortion teaching, even though both are about killing,” Alvaré wrote in an email to CNN’s Parini.

“Politicians of any religion seem to variously ignore, observe both as a matter of consistency, or take inconsistent positions,” Alvare concludes.

– Les Gminski contributed to this article.

On Friday 3/20/2020, in response to the COVID-19 pandemic, Governor Cuomo of New York issued Executive Order 202.8 which tolls the time limits for … END_OF_DOCUMENT_TOKEN_TO_BE_REPLACED