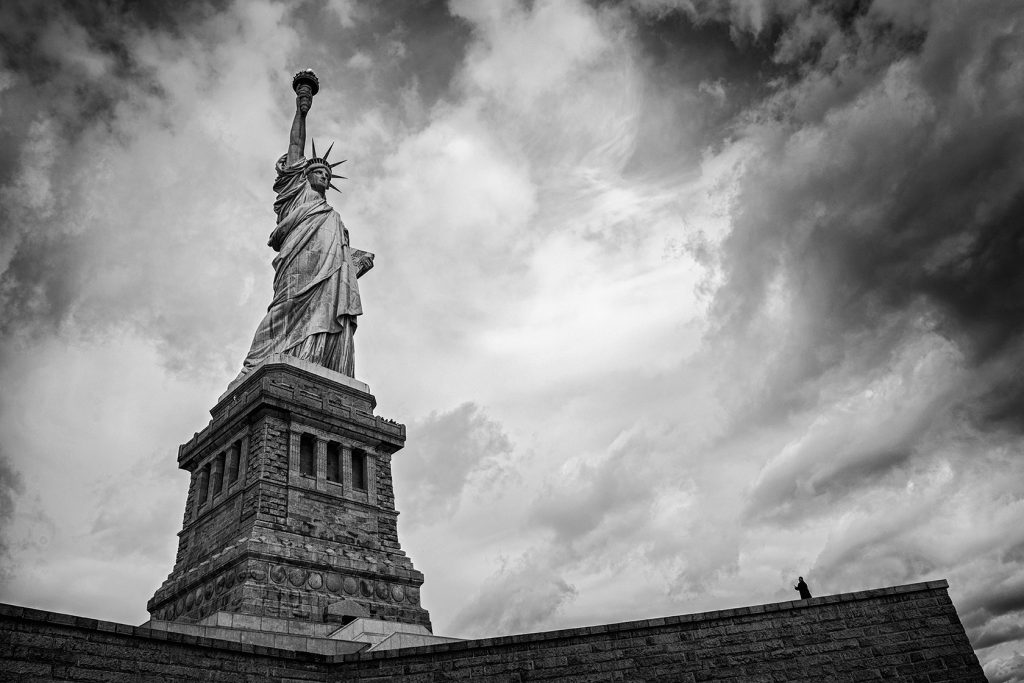 While we await the Supreme Court’s imminent travel ban decision in Trump v Hawaii, due to be handed down before the Court’s term ends on June 30—a decision expected to uphold Trump’s executive privilege to enforce the ban–sanctuary city rulings have been a bright spot for immigrants and states righters protecting their undocumented immigrants against an Orwellian President and Attorney General.

Attorney General Jeff Sessions filed suit against the state of California in March for “actively obstructing the Federal government from protecting illegal immigrants”.

He lost sanctuary city lawsuits in Chicago last year, and most recently in Philadelphia on June 7.

Sessions announced on June 18, he was appealing Chicago’s decision to the High Court.

He asked the Supreme Court to narrow the scope of the injunction issued by a Federal judge in Chicago to “cover only that city and not the entire country,” Reuter’s reports.

“The Chicago-based 7th Circuit Court of Appeals affirmed the injunction in April, saying Sessions likely exceeded his authority imposing the conditions on the grants.

“The 7th Circuit said further that because nationwide injunctions have such a powerful effect, judges rarely grant them, but doing so was proper in this case,” Reuters reports.

The most recent win for sanctuary cities that refuse to cooperate with Federal immigration agents was decided by U.S. District Judge Michael Baylson.

Baylson ruled Sessions’ strategy of withholding approximately $1.5 million in Federal law-enforcement grant funding from Philadelphia in 2017, for refusing to comply with ICE demands, is “arbitrary and capricious” and violates both Constitutional and statutory law.

The disputed grant is the Edward Byrne Memorial Justice Assistance Grant, which Philadelphia has won every year since the program began in 2005, Philly.com reports.

“The funding is supposed to go toward the Philadelphia Police Department as well as the District Attorney’s Office and juvenile delinquency programs for the city’s youth,” Philly.com reports.

Baylson ruled that the city would suffer “irreparable harm” if the grant is withheld.

The Department of Justice argued that Philadelphia violated Federal immigration law by not obeying ICE’s demands for information on undocumented immigrants who are released from custody.

Baylson ruled that the Quaker City “has no obligation to seek or receive citizenship information from any person in City custody,” according to Reuters.

“It is a ruling that should make clear to Attorney General Sessions that Federal grant dollars cannot be used for a political shakedown.”

A Justice Department spokesman, Devin O’Malley, called Baylson’s ruling “a victory for criminal aliens in Philadelphia, who can continue to commit crimes in the city knowing that its leadership will protect them from Federal immigration officers whose job it is to hold them accountable and remove them from the country,” according to Philly.com.

Vox reports, “Sessions spent most of his first year as Attorney General trying to find ways to block sanctuary cities from getting Federal grant money and is now moving on to using the courts to get the policies themselves struck down.”

The Statue of Liberty

As the Supreme Court term ends, and we who are lucky enough to be American citizens celebrate our 242nd Independence Day, the Statute of Liberty stands firm against the political actions of the current Administration.

The words of Emma Lazarus, which are inscribed on Lady Liberty so eloquently state:

“……. “Give me your tired, your poor,
Your huddled masses yearning to breathe free,
The wretched refuse of your teeming shore.
Send these, the homeless, tempest-tost to me,
I lift my lamp beside the golden door!”

On Friday 3/20/2020, in response to the COVID-19 pandemic, Governor Cuomo of New York issued Executive Order 202.8 which tolls the time limits for … END_OF_DOCUMENT_TOKEN_TO_BE_REPLACED