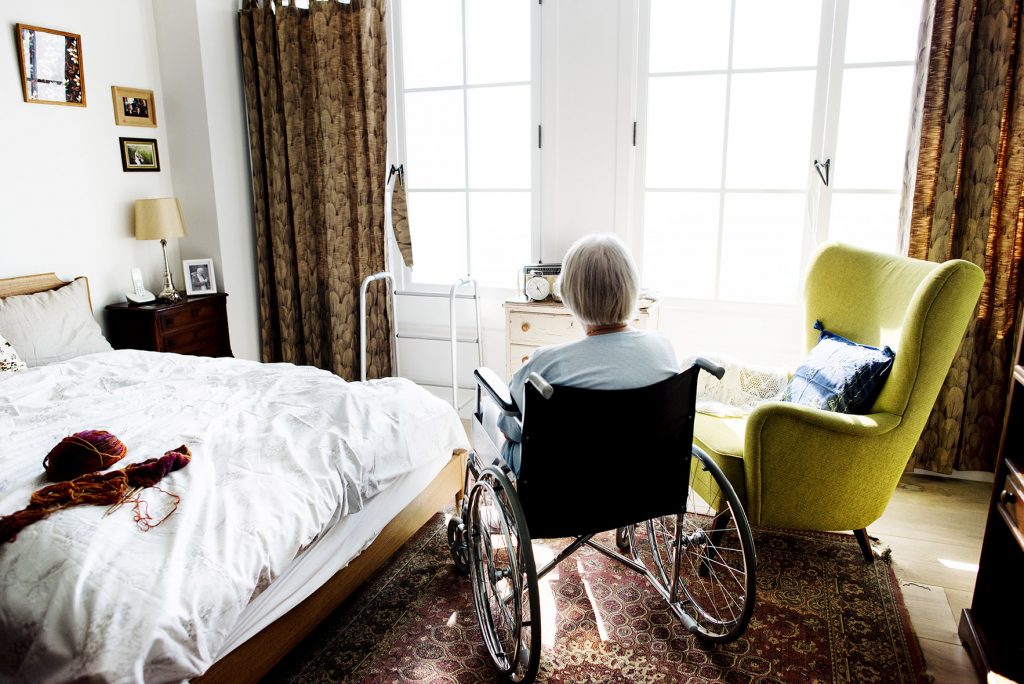 In 2015, George Kpingbah pled guilty to third degree criminal sexual assault with a mentally impaired or helpless victim. Kpingbah was a nursing assistant at the Walker Methodist Health Center in 2014 when another caregiver witnessed him raping 83-year-old Sonja Fischer in her room.

This particular case was the first time Kpingbah was caught, but it was not the first time that Walker Methodist had investigated him for sexual abuse. Multiple investigations, one of which took place in 2008, were held after other patients reported rapes similar to Sonja Fischer’s. He was the main suspect in more than one of these investigations, but charges were never filed due to the unavailability of witness testimony.

Although Kpingbah’s crime was severe, Judge Elizabeth Cutter made a point to ensure Kpingbah was aware of the full impact of his crimes. When addressing Kpingbah, she said “You violated (a) position of authority, a position of trust. …The ramifications of what you did are so far reaching. … (It also affected) everyone who stays in that facility. Everyone who works at that facility. It affects everyone who has to place a loved one in a facility.” The fear that a relative could be abused in a care facility is not just a response to Kpingbah’s crime, but a long history of abuse crimes that take place in nursing homes across America.

A much broader problem

Kpingbah’s case is not an isolated one. Sexual abuse in nursing homes and hospice care has been a widespread problem in the United States for decades. In one case, an 88-year-old California woman received genital herpes when she was raped by a caretaker. Despite the clear evidence that abuse had taken place, the victim was never able to identify her attacker.

In the event where offenders are reported and prosecuted, their sentences are often light. In an Albert Lea, Minnesota case where a group of teenage caretakers sexually assaulted nursing home residents, all but one of the offenders served no jail time. Often, reported crimes are categorized as general abuse rather than sexual abuse by nursing facilities, making it even more difficult to accumulate data on the subject. If an offender is never charged due to a lack of testimony, many states bar facilities from releasing the names of the accused.

Sexual abuse occurs at an increased rate in care facilities due to a lack of liability. Incapacitated residents often have difficulty reporting or are unable to report sexual assault. Based on these examples, facilities often struggle to act on these reports if they are actually delivered. Care facilities also frequently host dementia patients, which can lead to caretakers dismissing reports of sexual assault as simply another hallucination.

Who is at fault?

Even though Kpingbah was a predator who had multiple opportunities to abuse his patients, both officials and health center directors state protocol was followed to the letter when handling the abuses.  The Minnesota Department of Health found that the Walker Methodist Health Center was not liable because it conducted all investigations properly and required all possible suspects to take mandatory abuse training.

In specific cases, the care facility has actively worked to undermine the legal process and cover up allegations of sexual abuse. Julie Henry, a director of a Louisiana care facility, attempted to cover up the assault of one of her patients by asking staff not to discuss the incident with investigators. She also tracked down and destroyed evidence related to the case.

Mark Kosieradzki, an attorney who represented many of the Minnesota families involved in nursing home sexual abuse cases, believes current federal and state laws are strong enough to prevent these attacks. The issue, he believes, is that care facilities are unable or unwilling to follow these laws. Insensitive caretakers and chaotic working conditions both contribute to ineffective reporting policies.

Sexual abuse cases involving the elderly or mentally impaired can be especially difficult because of the unlikelihood that your victim will be able to provide accurate testimony. Many victims are blind, deaf, or otherwise incapacitated and unable to testify in court. Accusations are also often dismissed by nurses as hallucinations or cries for attention.

Care facilities can be held liable if they fail to take proper action to prevent or react to sexual abuse. Fines aren’t always effective because a facility that is fined too much will likely be forced to shut down. This is an unrealistic solution, given that the residents of these facilities often have no other place to go. Until proper oversight ensures caretakers are monitored well enough to prevent these crimes, the system will continue to leave nursing home residents vulnerable.

On Friday 3/20/2020, in response to the COVID-19 pandemic, Governor Cuomo of New York issued Executive Order 202.8 which tolls the time limits for … END_OF_DOCUMENT_TOKEN_TO_BE_REPLACED