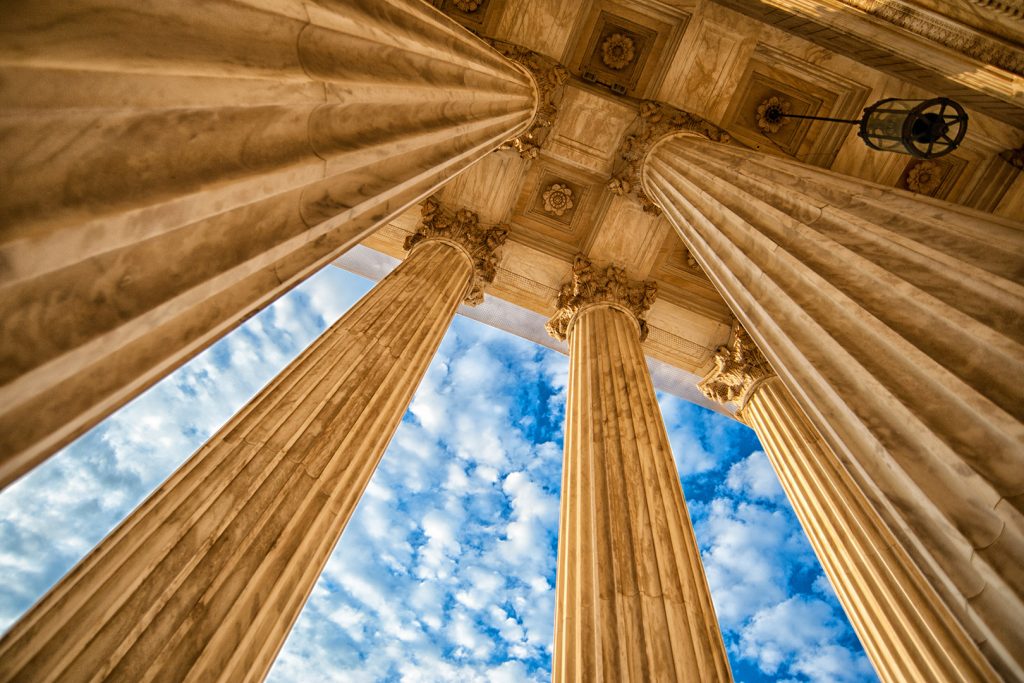 During a Presidential campaign and election, most of us think about a candidate’s standing on issues like the economy, immigration, and the environment. Rarely do we consider how our vote may affect the judicial system.

After Donald Trump was inaugurated in January of 2017, one of his first duties was nominating an Associate Justice to the United States Supreme Court. Antonin Scalia had previously held that seat, but he passed away in February of 2016, and the Republican-held Congress refused to consider possible nominations for replacement until after the 2016 election. Neil Gorsuch was eventually confirmed by Congress to take that seat in April 2017.

President Trump is now tasked with nominating yet another U.S. Supreme Court Justice after Associate Justice Anthony Kennedy announced his retirement in July. Brett Kavanaugh has been named and has recently begun going through the confirmation process.

Most of us know the President gets to appoint judges to the Supreme Court, and that they serve until they choose to retire or they pass away. What many of us are probably not as familiar with is that the President also appoints judges to the U.S. Court of Appeals. The judicial system is essentially split into two groups in the United States – the state courts and the federal courts. State courts hear most criminal cases and cases involving family law, personal injuries, contract disputes, and the like. Federal courts are tasked with cases involving federal law, disputes between states, the constitutionality of certain state and federal laws, or cases involving the United States as a country, among other things.

The United States Court of Appeals is divided into 12 “circuits”, each of those circuits having its own court of appeals. In total, there are 94 U.S. Court of Appeals judges. These judges also serve life terms, just as those on the U.S. Supreme Court. President Donald Trump is only two years into his first term as President but has already secured a record 26 judges to the U.S. Court of Appeals. After a case has been ruled on by the Federal District Court, a party may appeal if they have reason – essentially, if they believe the law was applied incorrectly or if the court made an error in one of its rulings. That appeal will then be heard by the three-judge panel on the U.S. Court of Appeals for that ciruit.

The Republicans are appointing conservative judges who will have an immense amount of influence on issues of all kinds for decades. If you consider the numbers, the U.S. Supreme Court only hears about 100 cases per session. There are 7,000 cases per year that flow through the Federal court system. Thus, the U.S. Court of Appeals will have the final word on approximately 6,900 cases per year.

It is part of a jurist’s duty to decide cases without considering politics or their personal opinion, but it is naïve to say that it doesn’t influence their interpretation of the law. The fact that the Republicans have a majority in Congress has made it easier for the current Administration to achieve their appointments at such a rapid pace.

On Friday 3/20/2020, in response to the COVID-19 pandemic, Governor Cuomo of New York issued Executive Order 202.8 which tolls the time limits for … END_OF_DOCUMENT_TOKEN_TO_BE_REPLACED