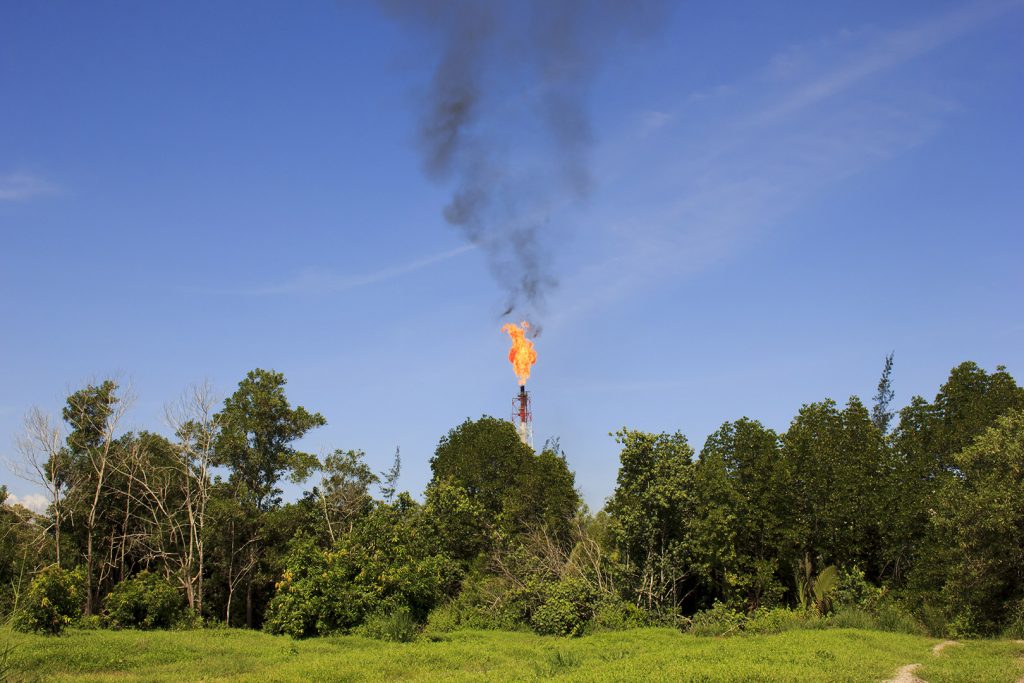 EPA posted a new rule on its website, dramatically weakening restrictions on methane displaced when oil drilling equipment used in fracking displaces methane from underground drilling sites so hundreds of thousands of additional tons spew into the atmosphere.

When methane is allowed to leak into the atmosphere, from a leaking pipe, for example, it absorbs the sun’s heat, warming the atmosphere, as does carbon dioxide. Both are considered to be greenhouse gases.

Methane also causes respiratory disease and is particularly dangerous for children with asthma.

Brad Konner, reporting for CourtHousenews.com says Trump’s latest plan to choke the life of Obama’s climate initiatives, is part of an ongoing effort by the White House “to scrap 2016 rules for finding and stopping methane leaks from oil and gas sites.”

In May 2016, President Obama’s EPA introduced the “first-ever national rule to directly limit methane emissions from oil and gas operations, unlocking a new opportunity to reduce climate pollution,” according to the Environmental Defense Fund.

Trump’s EPA proposal would loosen the 2016 rule requiring energy companies to conduct leak inspections on their drilling equipment every six months, according to CNN’s Veronica Stracqualursi.

Trump would allow companies to perform a leak inspection once a year in most oil and gas wells, and every two years for low-producing wells, Stracqualursi writes.

“Oil and gas drillers are currently required to fix methane leaks with 30 days, but the new rule gives the company 60 days to fix leaks.

“Other proposed changes include doubling the amount of time between inspections of equipment that traps and compresses the natural gas,” Stracqualursi reports.

However, he said it would save the oil and gas industries $75 million in regulatory costs annually.

Comments to EPA’s proposal include concerns over the amount of additional toxic gasses vented from the system in order to repair leaky systems, known as “blow downs”, Courthouse News’ Brad Kutler reports.

“These blowdowns occur normally as part of a scheduled maintenance when leaks would be addressed.

“However, the Obama-era regulations force shutdowns and blow downs outside of normally scheduled times as leaks were detected.”

“The Obama Administration implemented the now targeted rules back in 2015 and hoped the rule changes would lead to a nearly 50 percent reduction in methane release by 2025,” Kutner writes.

Ben Ratner, reporting for the Environmental Defense Fund, writes in an article entitled “Methane Rollbacks Create Moment of Truth for Oil and Gas Executives”, that how top energy companies engage in the U.S. methane policy debate in the coming weeks may tell us a lot about the future of natural gas,”

“As these companies have themselves recognized, the role of natural gas in a world that can–and must-decarbonize–depends on minimizing harmful emissions of methane from across oil and gas production.

“Companies like BP, Chevron, Equinor (former Statoil), ExxonMobil and Shell publicly committed just last year to ‘advocate sound policy and regulations on methane emissions’ as one of the five guiding principles” to address methane emissions across the value chain and around the world.

“XTO Energy President, Sara Ortwein, acknowledged that ‘there should be a cost-effective federal regulatory standard to manage methane emissions for both new and existing source oil and gas facilities,” Ratner writes.

“Most operators are readily complying [with President Obama’s regulations] by adopting cost-effective strategies like searching for leaks twice a year and avoiding outdated equipment that vents gas into the atmosphere.

“For example, Shell’s recently retired Executive Vice President, Greg Guidry, noted that ‘most of the things we’ve done have actually been more commercial than we thought.

”There are over 100 leak detection and repair (LDAR) companies located in the U.S. that provide efficient and cost-effective services to industry to help keep natural gas in the pipe,
Ratner writes.

“Savvy operators understand that while methane controls are not costless, they are cost justified and simply good business practice to boot. It’s no time to turn back now,” Ratner writes.

He notes that the “EPA is also said to be mulling a second proposal that would eliminate methane rules entirely, leaving only a weakened rule for volatile organic compounds in its place.

“This appears to be part of a larger strategy to not only weaken the current rules but to prevent future regulation of existing sources—a strategy that, if successful, would make it nearly impossible to effectively tackle the 13 million tons of methane the oil and gas industry emits annually in the U.S.”, Ratner concludes.

Methane comes from various sources, including agricultural waste and cow manure. However, the largest emissions are due to oil and gas production.

Fracking has enabled the U.S to become the world’s largest oil producer.

A summary of 16 studies of the U.S. supply chain shows methane emissions are significantly higher than we originally believed, demonstrating that major reductions are urgently needed, according to the Environmental Defense Fund.

On Friday 3/20/2020, in response to the COVID-19 pandemic, Governor Cuomo of New York issued Executive Order 202.8 which tolls the time limits for … END_OF_DOCUMENT_TOKEN_TO_BE_REPLACED