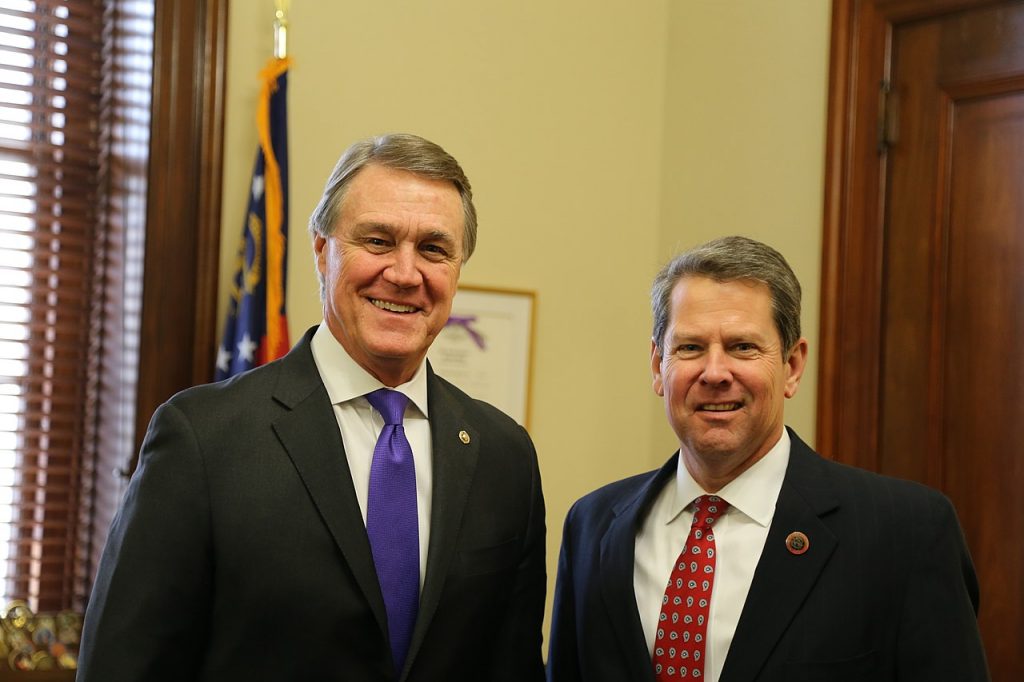 Voter suppression tactics used by Republicans and one rare Democrat, who have rejected minority voters’ ballots due to innocent errors, are being exposed and challenged just two weeks before a groundbreaking midterm election. Nearly two-thirds of registered voters are showing a high level of interest—the highest recorded in a midterm since the Wall Street Journal/NBC poll began asking the question in 2006, according to WSJ reporter, Janet Hook.

Most infamously, “Georgia Republican Gubernatorial candidate, Brian Kemp, is abusing his power as Georgia’s Secretary of State and top election official to reject about 8.5 percent of the ballots in predominately black Gwinnett County, as opposed to less than 2 percent stateside,” according Tyler Estep of Governing.

More than 60 percent of Gwinnett residents are non-white, Estep writes.

The Georgia midterms are captivating the nation, as Kemp’s opponent, Stacey Abrams, if she wins, would be the first African American female Governor.

A Yale law school graduate, Abrams is seen as a Democrat with a “balanced view on issues”, as the Speaker of the House, and an “ability to reach across the aisle,” New York Times’ Richard Fausset writes.

In 1992, she burned the Georgia Flag at the state Capitol, which at the time incorporated the Confederate battle flag design and was viewed by as a symbol of white Supremacy.

Abrams and Kemp will hold their first debate on Tuesday, October 23rd, amid accusations that Abrams supports undocumented immigrants, Trump’s rallying cry as the elections approach.

The New York Times reported on October 23, that Trump has “sharply intensified a Republican campaign to frame the midterm elections as a battle over immigration and race, issuing a dark and factually baseless warning that ‘unknown Middle Easterners’ were marching toward the American border with Mexico.

Meanwhile, Kemp’s vote-purging strategy is backfiring, as Georgians cast their ballots during the first week of in-person early voting, with nearly three times as many people voting compared with the last midterm election.

A poll by The Atlanta Journal-Constitution this month showed Kemp leading Abrams by 47.7 percent to 46.3 percent, a toss-up, given the poll’s margin of error.

“With polls showing the Republican ahead by very narrow margins, we’re talking about suppression tactics that may very well tip the scales,” Steve Benen, of the Rachel Maddow Show writes.

Kemp is not the only Secretary of State who is attempting to stifle his rival’s gubernatorial votes.

“[Conservative] Kansas Secretary of State Kris Kobach recused himself from the recount for his own primary race in August, after his opponent Kansas Governor, Jeff Colyer, accused Kobach of [deliberately] giving improper counting instructions to county election officials,” reports Alan Greenblatt in Governing.

In Kentucky, Secretary of State Alison Lundergan Grimes, a Democrat, is being charged with misusing voter data, Greenblatt writes.

Greenblatt writes that journalist Greg Palast published allegations that Indiana’s Secretary of State’s office has illegally removed at least 20,000 voters from the rolls.

“In North Dakota, a law affirmed this month by the Supreme Court has allowed lawmakers to successfully disenfranchise most Native American voters in the state—another attack on a female candidate, this time Senator Heidi Heitkamp, who was elected in a narrow margin in 2012 thanks in part to Native voters,” writes Miranda Martin in Ms. Magazine.

Heitkamp is running an uphill battle against U.S.  Rep. Kevin Cramer, after daring to vote against Kavanaugh’s confirmation in a state that Trump won by 36 points.

Yet, Republicans’ attempts to disenfranchise her Native American constituency have succeeded in driving them to the polls.

Florida—where two-time Governor, Rick Scott. Is trailing Senate incumbent Bill Nelson by six percentage points– will decide in a November 6 referendum whether to restore voting rights for approximately 1.5 million disenfranchised felons, most of them black and Hispanic drug offenders, who are much more likely to be apprehended than whites.

After his inauguration in 2011, Scott reversed major parts of a broader clemency process adopted by ex-governor Charlie Crist.

Currently, only eight percent of felons who wait five years and then apply for a hearing are granted clemency.

Governor Scott is known to incarcerate minorities for small infractions, and sell their slave labor to the U.S. companies.

The full list of companies using the private prisoners that Scott champions (and President Obama outlawed) reads like the S&P 500.

College Students Gagged but not Defeated

“A Federal judge ruled in July that election officials, at the direction of Republican Florida Gov. Rick Scott, ‘revealed a stark pattern of discrimination” by blocking early voting at the state’s college campuses.

“The League of Women Voters joined Florida students and the Andrew Goodman Foundation, a New Jersey-based advocacy group, in the successful lawsuit against Scott.

New York Times reporter, Adam Liptak, writes, on June 25, 2013, the Supreme Court, in Shelby County v. Holder, struck down Article 4 and effectively Article 5 of the Voting Rights Act of 1965 that had prohibited voter suppression in nine states that had required Federal clearance to close or change polling places.

The law applied to nine states—Alabama, Alaska, Arizona, Georgia, Louisiana, Mississippi, South Carolina, Texas and Virginia—and to scores of counties and municipalities in other states, including Brooklyn, Manhattan and the Bronx.

“Where any racial discrimination in voting is too much, Congress must ensure that the legislation it passes to remedy that problem speaks to current conditions,” Roberts wrote, according to Liptak.

The Court decided that the current coverage system is “based on 40-year-old facts having no logical relationship to the present day.”

Liptak writes that “President Obama, whose election as the nation’s first black president was cited by critics of the law as evidence that it was no longer needed, said he was “deeply disappointed.”

“Justice Ruth Bader Ginsburg summarized her dissent from the bench, an unusual move and a sign of deep disagreement,” Liptak reports.

She was joined by Justices Stephen G. Breyer, Sonia Sotomayor and Elena Kagan.

Ginsberg said the nine-state pre-clearance law had been effective in thwarting such efforts.

“The majority held that the coverage in Section 4 of the Voting Rights Act, originally passed in 1965 and most recently updated in Congress in 1975, was unconstitutional.

“The section determined which states must receive clearance from the Justice Department or a Federal court in Washington before they made minor changes to voting procedures, like moving a polling place, or major ones, like redrawing electoral districts,” Liptak writes.

Matt Vasilogambros, of Pew Trusts. Org writes, “in the five years since the U.S. Supreme Court struck down key parts of the Voting Rights Act in 2013, nearly a thousand polling places have been shuttered across the country, many of them in Southern black communities.”

“Arizona, Louisiana and Texas… have all made alarming reductions in polling places,” Vasilogambros writes.

On Friday 3/20/2020, in response to the COVID-19 pandemic, Governor Cuomo of New York issued Executive Order 202.8 which tolls the time limits for … END_OF_DOCUMENT_TOKEN_TO_BE_REPLACED