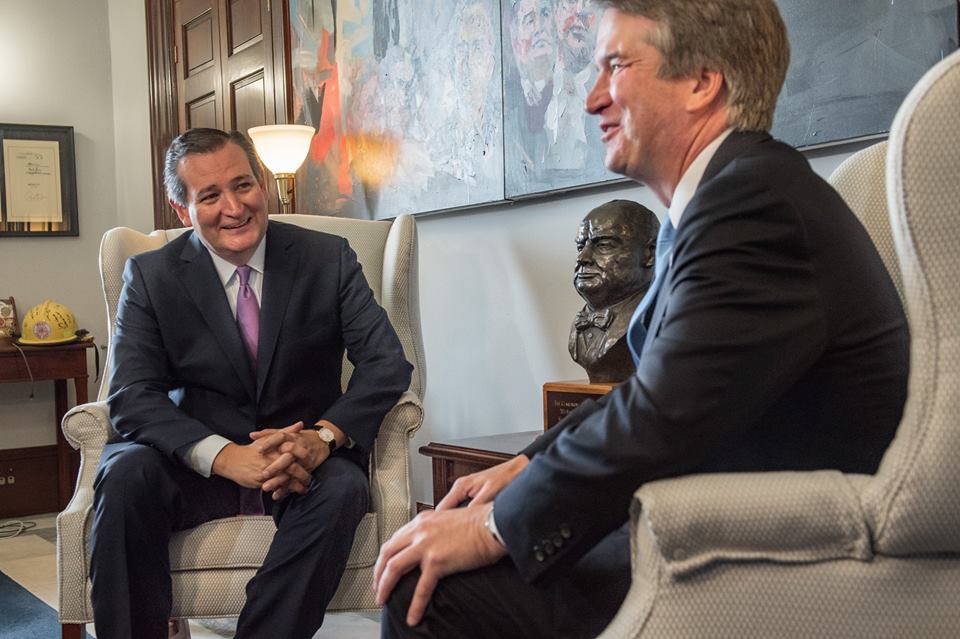 Falling in lockstep with the Supreme Court’s settled decision to affirm Roe v Wade on three occasions–notably in 1992, when Justice Anthony Kennedy cast the fifth vote to reaffirm Roe–the conservative US Court of Appeals for the Eleventh Circuit struck down an Alabama law banning second-trimester dilation and evacuation abortions, despite their personal revulsion for the procedure, in which the fetus is removed in pieces with forceps and suction.

The Eleventh Circuit judges ruled that forbidding the surgery would present an undue burden for the seven percent of women who have second-trimester abortions using dilation and evacuation, the gold-standard procedure that accounts for 99 percent of these abortions in the U.S, according to an AP story published in the New York Times.

The judges also struck down a law that limited how close abortion clinics can be to public schools.

U.S. District Judge Myron Thompson in 2016 blocked enforcement of the Alabama law that would have banned second-semester abortions, saying the ban would effectively end abortion rights after 15 weeks of pregnancy.

Alabama, with support from other Red states, appealed the ruling, resulting in the first appellate ruling on the procedure.

Alabama Attorney General Steve Marshall said his office is considering whether to appeal the decision to the U.S. Supreme Court.

While writing that they were obliged to uphold Supreme Court law, the Alabama judges expressed their disgust for the “gruesomeness and brutally of dismembering party parts” in a most vociferous decision.

According to Bill Rankin of the Atlanta Journal Constitution, “The ruling was remarkable in that one judge in the majority, Senior Judge Joel Dubina, wrote separately to say flatly he believes that Roe v. Wade…has no basis in the Constitution.

“And Carnes, who wrote the majority opinion, appeared to condemn dilation and evacuation abortions,” according to Rankin.

“The method involves tearing apart and extracting piece-by-piece from the uterus that was until then a living unborn child,’ Carnes wrote. ‘This is usually done during the 15-to 18-week stage of development, at which time the unborn child’s heart is already beating.’

“Dismemberment abortions exact emotional and psychological harm on some who participate in the procedure or those who are present during it,’ Carnes noted.

“The state has an actual and substantial interest in lessening, as much as it can, the gruesomeness and brutality of dismemberment abortions,” Rankin quotes Judge Carnes as writing.

“In our judicial system, there is only one Supreme Court, and we are not it,” Carnes continued. “As one of the inferior courts, we follow its decisions.”

Rankin quotes from Dubina’s decision, “I am bound by my oath to follow all of the Supreme Court’s precedents, whether I agree with them or not.”

Judge Leslie Abrams, a visiting judge from Albany, stated, “I concur in the judgment only.”

The Eleventh Circuit judges should be congratulated for honoring their oath to obey the High Court’s dictates, while being honest about their moral and religious beliefs.

“In contrast, Kavanaugh is disingenuous and tried to stand in the way of an undocumented 17-year old’s abortion, while pretending he was helping her navigate the waters, writes Slate’s Mark Joseph Stern, in an article entitled ”How Brett Kavanaugh Will Gut Roe V. Wade.

“Unless Republican Senator Susan Collins grows a spine, which she won’t, he has a clear path to Senate confirmation, “Stern writes.

“During his hearings Kavanaugh will claim he cannot reveal his true feelings about Roe v. Wade, the 1973 Supreme Court decision establishing a constitutional right to abortion access. But there is little doubt that Kavanaugh will gut Roe at the first opportunity.

“Indeed, he has already provided a road map that shows precisely how he’ll do it,” Stern writes.

“Kavanaugh was forced to confront the abortion question in 2017, after the Trump administration barred an undocumented minor, known as Jane Doe, from terminating an unwanted pregnancy.

The American Civil Liberties Union sued on Doe’s behalf and the dispute came before a three-judge panel at the D.C Circuit, Stern writes.

“In an irate conclusion, Kavanaugh condemned his colleagues for declaring that ‘unlawful immigrant minors have a right to immediate abortion on demand.”

“He has revealed a striking aptitude for intellectual dishonesty, pretending to follow precedent while enshrining anti-abortion dogma into law…. And within a few years, the United States will be a country of Jane Doe’s”, Stern concludes.

“He frequently sided with conservatives to uphold abortion restrictions. However, in key cases in 1992 and 2016, he sided with liberals to uphold Roe’s core finding that the right to abortion is part of a right to privacy that is embedded within the U.S. Constitution.”

“Even now, with Roe v. Wade protections in place, a woman’s access to abortion is heavily dependent on where she lives, NPR’s Rovner writes.

If the right to abortion is overturned by a 6-3 Court, 22 states are likely to ban abortion.

“As of now, four states –Louisiana, Mississippi and North and South Dakota—have what are known as abortion trigger laws. Those laws, passed after Roe was handed down, would make abortion illegal if and when the Supreme Court were to say Roe is no more,” Rovner writes.

At the same time, Amy Myrick, staff attorney at the Center for Reproductive Rights, which represents abortion-rights advocates in court told Rover, there are 20 states where abortion would probably remain safe and legal.

“Many analysts also agree that even with the Supreme Court’s likely philosophical shift Roe v. Wade might not actually be overturned at all,” Myrick tells NPR’s Rovner.

“Instead….. A more conservative court could ‘just hollow it out’ by allowing restrictive state laws to stand,”

Swing Senators in the Battle of a Lifetime

With McCain gone, Republicans have what’s been called a razor-thin margin of only 51 votes in the Senate, compared to the Democrats’ 49 votes, who are being counted as “No” votes in the fight against Kavanaugh’s nomination.

Republicans will need a minimum of 49 votes, so that Vice President Mike Pence can cast a tie-breaker.

Two pro-choice Republicans, Susan Collins of Maine, and Lisa Murkowski, of Alaska, are being aggressively courted by both parties, hoping to win their crucial swing vote.

With confirmation hearings due to start on September 4, “progressive groups are launching a new campaign Monday aimed at urging senators to get off the fence and state whether they will support Kavanaugh, “according to HuffPost’s Igor Bobic.

The campaign’s website, whipthevote.org will allow people to see where their senator stands on Kavanaugh’s nomination and contact lawmakers’ offices via phone or email.

“Progressives argue that Kavanuagh’s historically low approval rating—he’s heading into his Senate hearing next month with the weakest public support for his confirmation since the failed nomination of Robert Bork in 1987—as well as the rushed and partisan process the GOP is using to vet his record, gives Democrats more than enough reason to unite against the nominee now before he even sets foot into the Senate Judiciary Committee hearing room on September 4,” Bobic writes.

On Friday 3/20/2020, in response to the COVID-19 pandemic, Governor Cuomo of New York issued Executive Order 202.8 which tolls the time limits for … END_OF_DOCUMENT_TOKEN_TO_BE_REPLACED