You are here: Home / Criminal Law / Anti-Protest Bills Set the Stage for the Tragedy in Charlottesville 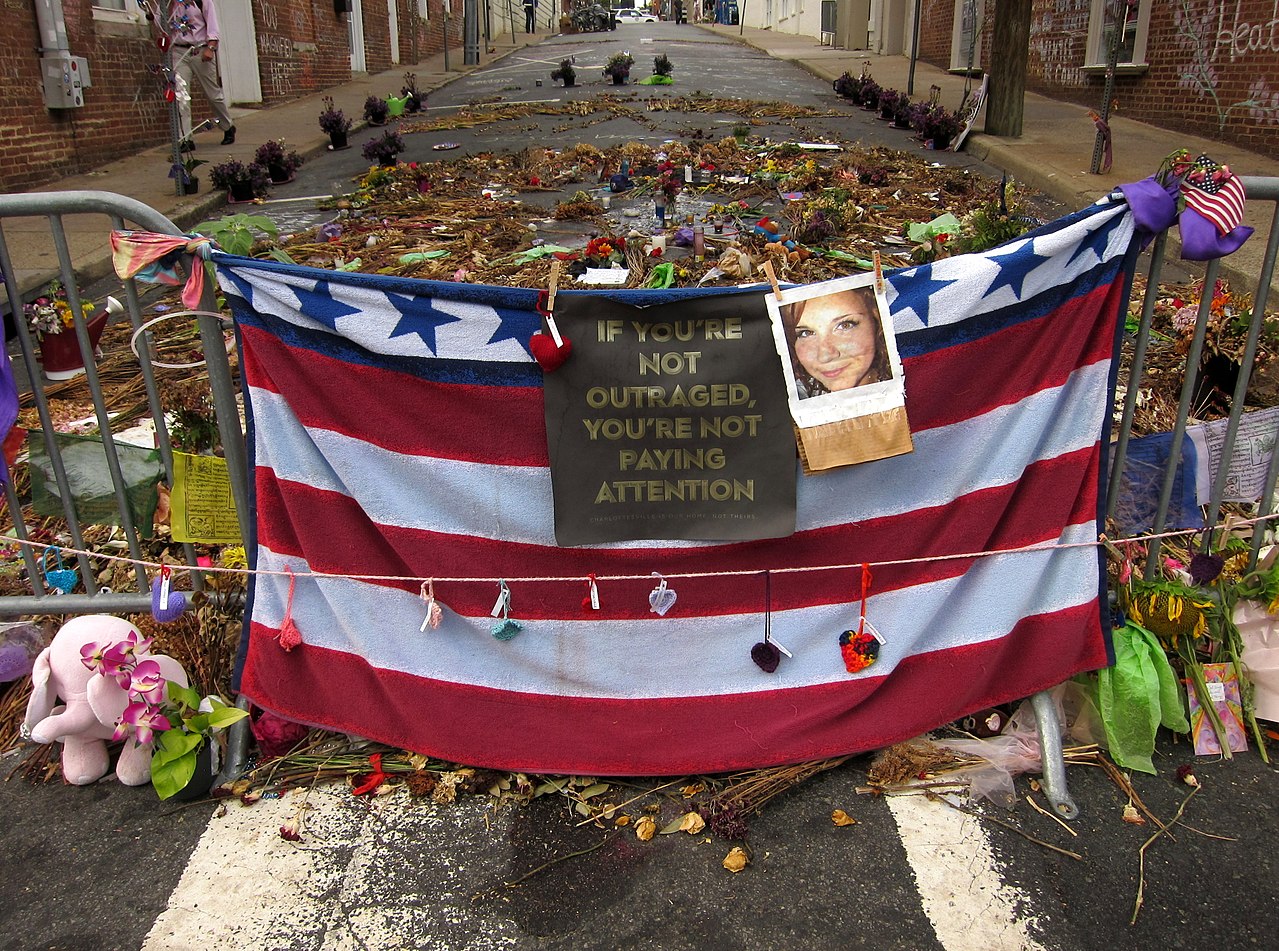 Ever since James Alex Fields Jr. drove his car through a sea of anti-fascist protesters in Charlottesville and after he injured 19 people and killed activist Heather Heyer, the US has not been quite the same. In the immediate aftermath, pundits sought explanations – they sought some way of understanding this atrocious act of violence, motivated in part by a racial animus many had hoped was wished out of existence with the election of the country’s first black president.

Alas, America’s racist history is so deeply rooted that a single act could not undo its violent legacy. This has become more than apparent with the rise of the so-called alt-right, a broad grouping of neo-fascist racist organizations that have, over the past decade or so, creeped their way out of reddit threads and into the real world. In many ways, Charlottesville was a watershed moment, marking this transference from web presence to real life and, in the process, showing what real violence lay at the heart of this “movement.”

From Alt-Right to Establishment Right

However, if the alt-right deserves a fight, then perhaps so does its corollary in government – i.e. the various far-right factions that have laid foundations in legislatures all over the country. In fact, as many have argued, there may be a direct link between the tragedy in Charlottesville and a litany of anti-protest bills that have cropped up in red states. These measures, known by some as motorist liability exemption bills, seek to protect drivers, who hit protesters, from civil liability – meaning a pedestrian protester struck by a vehicle would have no legal recourse to seek compensation for their grievous injuries. Theoretically, according to many of these bills, Fields’ murderous intent would not be protected by such measures; however, it is difficult to separate Charlottesville from the rhetoric surrounding these legislative efforts.

In fact, a liability exemption bill was passed in the North Carolina House of Representatives earlier this year. Representative Justin Burr, who authored the measure, indicated that the bill was in direct response to protests that occurred the previous fall in response to the extra-judicial killing of Keith Lamont Scott. “As we’ve seen, time and time again, […] folks run out in the middle of the streets and the interstates in Charlotte and attempt to block traffic,” the Republican Representative said in a statement. Burr added that he’s looking to protect the drivers, so that they “don’t have to fear driving through Charlotte or anywhere in North Carolina.”

Republican Representative Michael Speciale doubled down on Burr’s comment. “These people are nuts to run in front of cars like they do … and say, ‘me and my buddy here are going to stop this two-and-a-half-ton vehicle,’” he said, adding, ““If somebody does bump somebody, why should they be held liable?”

Then, when tragedy struck in August, Republican politicians wouldn’t dare touch the bill, and did everything they could to distance themselves from it. “It is intellectually dishonest and a gross mischaracterization to portray North Carolina House Bill 330 as a protection measure for the act of violence that occurred in Charlottesville this past weekend,” said a statement written by the bill’s co-authors, Representatives Burr and Chris Millis.

As it stands, the bill will not move forward, most likely due to the pressure exerted by the event in Charlottesville. Similar measures throughout the country have had similar fates, facing legislative obstacles partially because of Heyer’s death. In Texas, for instance, HB 250 was the spitting image of North Carolina’s now-dead proposal. According to the bill, a driver who strikes a protester blocking a street “is not liable for the injury.” And much like the North Carolina bill, legislators were careful to stipulate that the driver must be “exercising due care.” That legislation has stalled in committee.

But even if legislators dot their i’s and cross their t’s, the parallel between these measures and the tragedy in Charlottesville is uncanny, and the relationship between the alt-right and conservative legislators deserves continued analysis.

On Friday 3/20/2020, in response to the COVID-19 pandemic, Governor Cuomo of New York issued Executive Order 202.8 which tolls the time limits for … END_OF_DOCUMENT_TOKEN_TO_BE_REPLACED