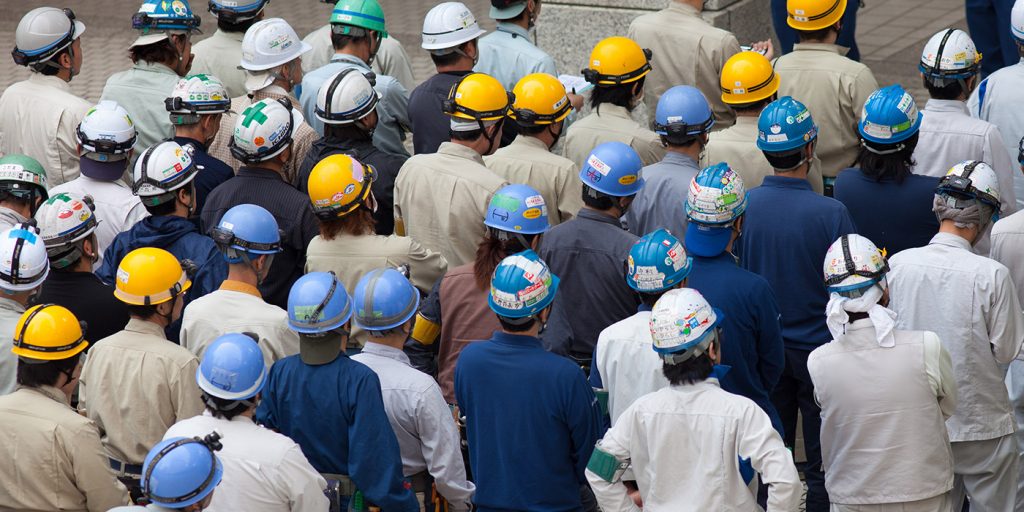 On September 19th, a Wisconsin appeals court upheld the state’s so-called right-to-work law, dealing a major blow to union organizers. The Wisconsin AFL-CIO, the International Associations of Machinists and United Steelworkers first brought the lawsuit in 2015 not long after the law’s enactment. Since then there has been an effort to rescind the statute via state and federal courts. Overall, courts have not been friendly to these efforts.

To begin with, the right-to-work law prevents employers from requiring workers to pay dues, or due-like fees, to support unions. The unions, listed as plaintiffs, claim that the right-to-work law, also known as Act 1, amounts to an unlawful taking of property without compensation, referring to the Takings Clause of the Wisconsin Constitution, which states, “[t]he property of no person shall be taken for public use without just compensation therefore.”

To back up this claim, plaintiffs point to the National Labor Relations Act (§9) and Wisconsin Statutes §111.05(1), both of which maintain that unions, alone, bear the responsibility of representing all employees, regardless of union status, in matters of “pay, wages, hours of employment, or other conditions of employment.” This means that in the state of Wisconsin unions are not able to opt out of representing nonmembers. It follows, therefore, that the required fees, prohibited by Act 1, are necessary if unions are going to fulfill their function as demanded by federal and state law, i.e. to act on behalf of every employee, non-union and otherwise.

In this sense, according to plaintiffs, Act 1 effectively takes the unions’ necessary funding (private property) for public purposes without justly compensating those unions. As stated, this violates the Takings Clause, according to the plaintiffs’ claims.

In 2016, Judge William Foust, of the Dane County Circuit Court, found in favor of the plaintiffs, agreeing that Act 1 does indeed violate the state constitution. The right-to-work law, Foust ruled, unlawfully took money from unions, robbing them of their ability to satisfactorily represent employees in bargaining over employment matters.

“While plaintiffs’ losses today could be characterized by some as minor, they are not isolated and the impact of Act 1 over time is threatening the unions’ very economic viability,” he wrote in his 15-page decision.

By contrast, two decisions, countering Foust, were issued this year: one, out of the U.S. 7th Circuit Court of Appeals, and another, rendered recently by the Wisconsin District 3 Court of Appeals (filed September 19th).

A three-judge panel of the Seventh Circuit found on July 12th that the International Union of Operating Engineers (IUOE) were wrong in claiming that the right-to-work laws, now implemented in 28 states throughout the country, violated the Fifth Amendment of the Constitution – specifically the Just Compensation Clause. Judge Joel Flaum authored the opinion for the unanimous court. Citing a 1985 Supreme Court case, he wrote, “’the property owner cannot claim a violation of the Just Compensation Clause until it has used the procedure and been denied just compensation.’” The court found that the IUOE could not prove that it was excepted from this requirement. Nor could it show why the Appeals Court should rule in opposition to previous federal court decisions.

Earlier this month, the District 3 Appeals Court followed suit with the federal court’s opinion, overturning Judge Foust’s decision and remanding the case to be decided in light of the higher court’s ruling. Unlike Foust, Judge Mark Seidl, who wrote the opinion for the unanimous three-judge panel, argued that, though the unions have “a property interest” in the dues and the services provided, it could not be shown that anything was unlawfully taken from them. Additionally, the court concluded that unions are not legally required to represent employees.

Looking ahead, the case might go the Wisconsin Supreme Court.

On Friday 3/20/2020, in response to the COVID-19 pandemic, Governor Cuomo of New York issued Executive Order 202.8 which tolls the time limits for … END_OF_DOCUMENT_TOKEN_TO_BE_REPLACED