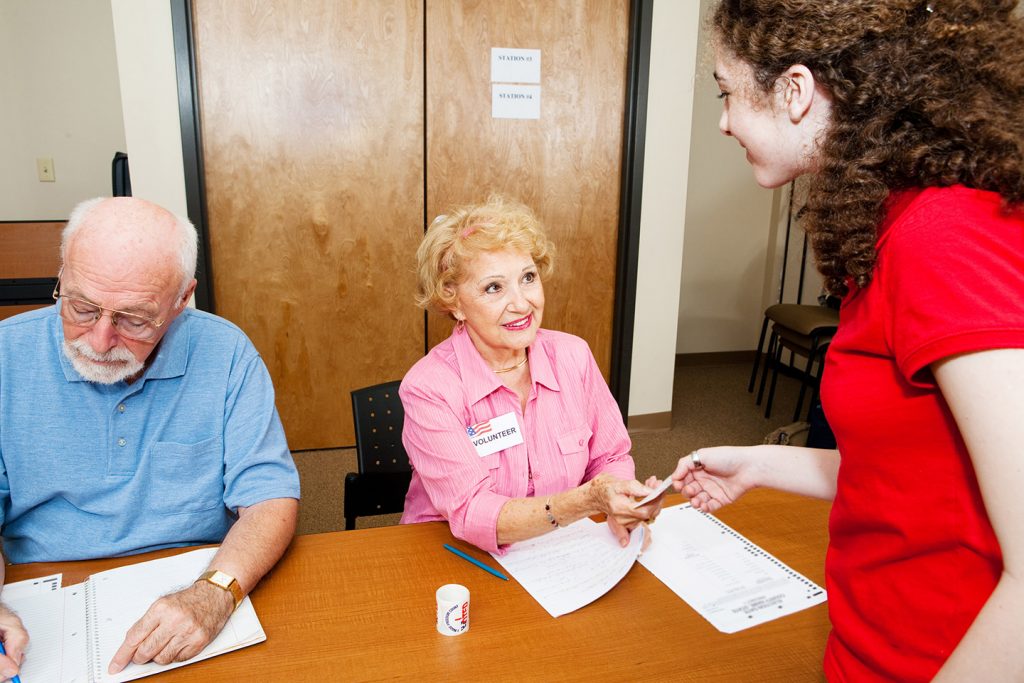 The Arkansas Supreme Court has temporarily stayed a lower court’s injunction of the state’s Voter ID law while the appeals process is underway. Pulaski County Circuit Judge Alice Gray overturned the restrictive voting measure last month, arguing that the law went beyond the scope of the state’s constitution. Barry Haas, who brought the initial claim, and his lawyer, Jeff Priebe, will argue before the state’s Supreme Court, but not in time for the primary elections, which already occurred on May 22nd. The law contains provisions permitting voters to cast provisional ballots, but those same provisions require voters to turn in some form of identification in the days following the election.

The office of the Secretary of the State was thrilled. Chris Powell, a spokesperson for the Secretary, had this to say: “The Supreme Court’s prompt attention to this matter, on an emergency basis, gives the County Clerks and County Boards of Election Commissioners reassurance that the year-long preparations for the election have not been wasted.”

On April 26th, Judge Gray issued a temporary injunction, saying that the statute violates the state’s constitution by adding significant obstacles to voting. Gray wrote the following in her court order: “Plaintiff is faced with the choice of complying with the unconstitutional requirements imposed by (the voter ID law) or not having his ballot counted during the May 2018 preferential primary.” She added, “The court finds that this is not really a choice at all, and that irreparable harm would result to plaintiff in the absence of a preliminary injunction, as his ballot will not be counted.”

The law was passed in the GOP-led legislature last year, just four years after the state’s Supreme Court deemed a similar law unconstitutional. The high court has undergone some changes since that ruling. One recent addition to the court is a Justice who was previously a Republican politician, and four of the Justices that were on the court four years ago are no longer present. In 2013, three Justices argued that the law had not received the appropriate two-thirds majority to pass – they are still on the court.

When the Arkansas Supreme Court shot down the measure in 2013, the majority argued that the law exceeded the scope of the constitution, which only requires voters to be over 18, legally registered and a state resident. Attempting to sidestep the court’s concerns, legislators included several provisions in the recent voter ID law. For one, voters may opt to cast a provisional ballot, but in order for that vote to count, they must turn in proper ID by noon on the Monday following the election. Legislators have also promised to provide identification to registered voters, where accessibility is a problem.

However, other states have made similar attempts to avoid confusion and have failed. In Kansas, for instance, some voters have complained about a de facto polling tax. Michael Byington, an advocate for disability rights, spoke with the Kansas Advisory Committee, telling them that he had worked with several clients who had been forced to pay money for a voter ID. This is largely due to the fact that the Kansas law requires voters born outside the state to pay a fee for the documents.

There is a movement driven by conservatives to alter the state’s constitution in order to avoid constitutional questions in the future. Issue 2, a proposed Voter ID Amendment, would change the state’s constitution, requiring voters to present some form of ID prior to casting a ballot. The amendment would also allow lawmakers to determine which forms of identification are acceptable on voting day. At the present moment, there are 34 states with voter ID requirements, and Arkansas is one of them. If the state’s Supreme Court agrees with Haas, there will only be 33 states with such requirements.

On Friday 3/20/2020, in response to the COVID-19 pandemic, Governor Cuomo of New York issued Executive Order 202.8 which tolls the time limits for … END_OF_DOCUMENT_TOKEN_TO_BE_REPLACED