You are here: Home / Criminal Law / A Broader Look at the Recent Dip in Federal Prosecutions 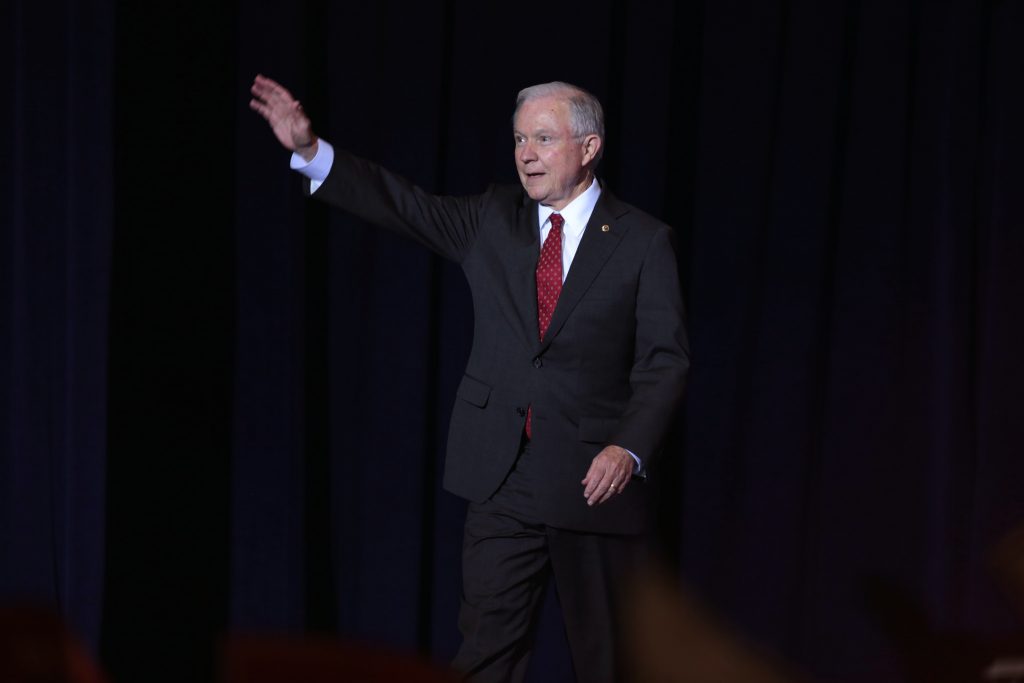 According to a Pew Research Center analysis of federal court data, the number of federal criminal prosecutions is the lowest it’s been in nearly two decades. The nadir comes at a moment when the current Attorney General, Jeff Sessions, has announced an imminent intensification of criminal prosecutions, with a focus on “illegal immigration and violent crime, such as drug trafficking, gang violence and gun crimes.” The Pew Research Center study suggests that the drop in numbers may be due to a policy shift initiated by former Attorney General Eric Holder who in 2013 asked U.S. prosecutors to focus on cases that “[serve] a substantial federal interest.”

In fiscal year 2016, 77,152 defendants had criminal charges filed against them by federal prosecutors, according to data from U.S. Courts. That marks a 25 percent decrease from 2011 and represents the lowest number of prosecutions since 1997.

Additionally, Pew found that drug charges filed by the Department of Justice (DOJ) fell 23 percent; immigration charges fell 26 percent; and property offenses fell 39 percent. Other types of offenses have risen. The number of defendants charged with gun crimes increased by 4 percent since 2011 and the number of people charged with violent crimes increased by 3 percent.

As the Pew Center observes in its report, these data reflect the number of federal prosecutions and therefore say little of the total number of defendants who were sentenced to prison. Thus, it should be noted that, according to a recent report by the Prison Policy Initiative (PPI), of the 2.3 million people currently incarcerated, only 197,000 are in federal facilities. That’s 8.56 percent of people held in U.S. prisons and jails. Thus, a decline in federal prosecution rates should be taken with a grain of salt considering the limited role the federal government plays in housing U.S. inmates.

The Role of the Federal Government

That’s not to say that the federal government plays no role in the carceral framework. On the contrary, the federal government has the potential to “use its financial and ideological power to incentivize and illuminate better paths forward,” according to the same report from the PPI. After all, if we follow the thinking of Naomi Murakawa of Princeton University, much of what we see today, in terms of mass incarceration, finds its origins in policies coming directly from Congress and the Oval Office. In her book, The First Civil Right, Murakawa suggests that the current state of affairs can be traced back, in part, to President Lynden B. Johnson’s 1968 Omnibus Crime Control and Safe Streets Act, which disbursed block grants to state and local authorities for the purpose of advancing the agenda of law and order.

Johnson’s Omnibus Crime Control law came as a direct response to an increase in crime rates throughout the country. But the logic of quelling crime by intensifying police force is precisely the logic that has resulted in the United States having over 20 percent of the world’s prison population while making up only 4.4 percent of the World’s total population.

According to a policy paper published by Common Justice, it is a serious problem that the U.S. is “growing investments in law enforcement at a time when public education and health care systems are struggling to meet basic needs.” Thus, the paper advances the idea that we ought to invest “in the social-service infrastructure that reduces the likelihood of violence in the first place.”

However, the likelihood of this happening is dim in our present circumstance. With a self-proclaimed “law and order” president in the Oval Office who is also fighting to repeal Obamacare, the future of federal prosecutions and the overall prison population remains a thorny question with few satisfying answers.

Ultimately, the fact that the overall number of federal prosecutions is declining is irrelevant if you are charged with a crime.  In that situation, you should always retain an experienced criminal defense attorney to ensure your rights are protected.

On Friday 3/20/2020, in response to the COVID-19 pandemic, Governor Cuomo of New York issued Executive Order 202.8 which tolls the time limits for … END_OF_DOCUMENT_TOKEN_TO_BE_REPLACED