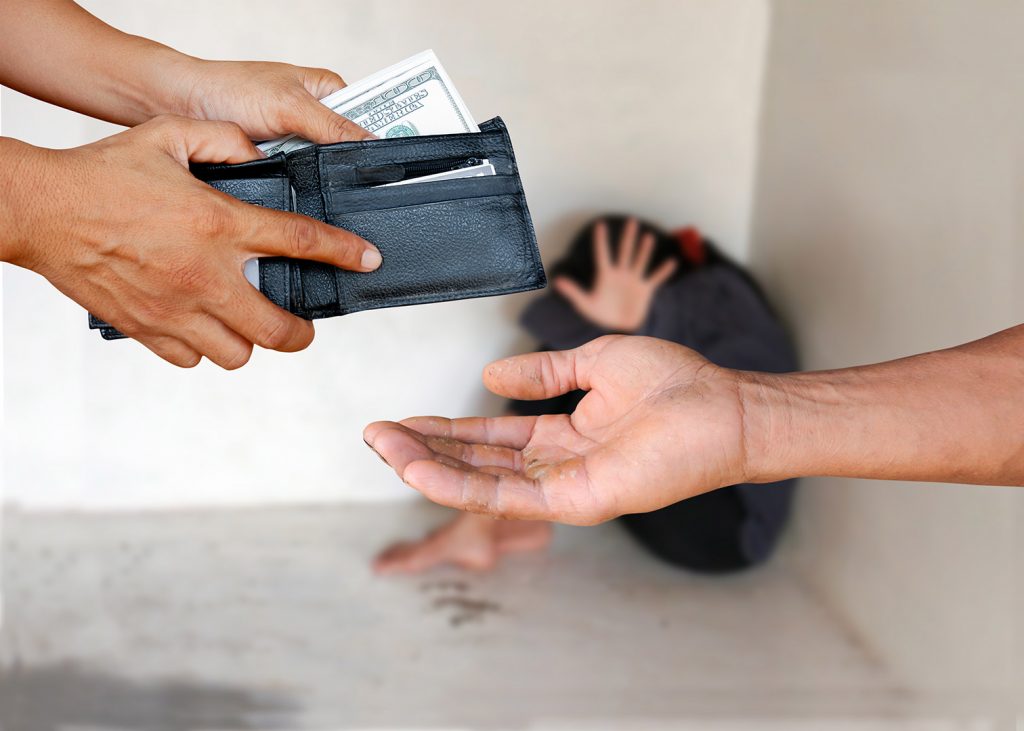 Human sex trafficking has the dubious distinction of being one of the fastest growing crimes in the world – as well as one of the hardest to stop. But a new, somewhat unusual legal strategy is showing great promise in fighting a terrible industry. Instead of focusing on criminal prosecution, victims are filing civil lawsuits.

How can civil litigation help curb human trafficking? Here’s a closer look at how a relatively simple civil action is able to disrupt a worldwide evil.

Human Trafficking by the Numbers

Over 40 million people are victims of human trafficking. Unfortunately, just about anyone is at risk. Trafficking victims have a variety of socioeconomic backgrounds and are found in both rural and urban areas across all 50 states.

The phrase “human trafficking” is often used to describe the smuggling of people across international borders. While that is a type of human trafficking, the official definition used by the Department of Justice is a bit more comprehensive.

The official definition of a human trafficking crime is any act where someone is coerced into performing labor, services or commercial sex acts. While the coercion can be as overt as pointing a gun at someone, it can also be as subtle as online manipulation from thousands of miles away.

Human trafficking can be hard to recognize. Although some victims are literally locked away in brothels and factories, others have more public-facing roles. Roughly 96 percent of human sex trafficking victims are female.

The Impact of the Internet on Human Sex Trafficking

Slavery and exploitation have been around since the dawn of civilization, but advances in modern technology have added new dimensions to the mass and scope of human trafficking worldwide.

Sex traffickers have figured out to use the Internet to identify, trap, solicit and sell victims. Unfortunately, the internet has made sex trafficking easier while also making enforcement more difficult. Sex traffickers are able to operate online with a high degree of anonymity. Even if the victim is freed, finding a pimp or other responsible party can be difficult.

Social media also provides many “benefits” for predators looking to identify and target new victims. In the pre-Internet age, traffickers had to physically be near their victims. But now they can be half a world away. Plus, the same basic techniques used by traditional internet marketers to identify, for example, groups of people potentially interested in a product can also be used by sex traffickers to identify vulnerable populations susceptible to manipulation.

Sex traffickers have developed frighteningly effective ways to entice victims. Typically targeting vulnerable teens through a variety of social media sites, the trafficker will communicate with the victim directly and typically send messages which:

Once trust is established, the trafficker will request a meeting with the victim. Typically, this will be in a city which is near the victim, but not one she’ll be very familiar with.

After real-life contact is made, the situation typically gets very bad, very fast. The trafficker will take the victim’s identification. Most likely the victim will be beaten, raped and otherwise assaulted as a way to ensure compliance. Threats might be made against the victim’s family. Drugs might be used to keep the victim incapacitated.

Selling the victims of sex trafficking is also easier in the Internet age. Sex trafficking is a particularly profitable crime because a person can be sold many times over without decreasing in value, unlike with guns or drugs. With the internet, potential buyers are available around-the-clock.

Plus, buyers and traffickers both face much less risk. A buyer doesn’t have to hop in his car and solicit a prostitute off the street. Instead, he can arrange a meeting at a hotel. Both trafficker and buyer remain anonymous, and the entire transaction is difficult for law enforcement to detect.

The online black market for sex trafficking isn’t particularly difficult to find. Any type of site with a personals section was bound to have semi-obvious ads for prostitution. However, no site was as large or as profitable as Backpage.

Ostensibly, Backpage was a site where people could place classified ads for a variety of products and services. Sections included Automotive, Real Estate, Job Listings and more. While these sections were generally legitimate, they weren’t really what the site was all about.

Instead, Backpage sat at the heart of online sex trafficking. The personal ads were blatant advertisements for commercial sex with women and even children. Plus, critics allege, not only did Backpage turn a blind eye to these ads, they implemented features to help conceal the ads from law enforcement.

In particular, Backpage created a featured called Strip Term From Ad Filter. This automatically removed illegal terms from ads, but then still published the ad.

In April, 2018, the FBI and other law enforcement agencies seized Backpage. Top company officials are currently facing an array of charges ranging from money laundering to facilitation of prostitution and more.

Additionally, Backpage was hit with a variety of lawsuits. Women who were trafficked through Backpage allege the site knowingly marketed commercial sex. While these lawsuits didn’t grab headlines in the same way the FBI seizure did, these civil suits might actually have a greater long-term impact on reducing sex trafficking.

Federal law allows for trafficking victims to file a civil lawsuit against their abductor or anyone else who benefitted financially from the trafficking. This includes anyone who should have known the trafficking was taking place. In the past, this has led to suits filed against hotels which allowed trafficking to occur on their property by renting rooms to traffickers or to those paying for commercial sex.

The law also allows for lawsuits to be filed against organizations which fail to prohibit trafficking on their websites. While Backpage is now defunct, the threat of lawsuits has compelled changes to Craig’s List and other classified sites. Facebook is also facing at least one civil lawsuit for its complicity in facilitating human trafficking crimes.

The idea of filing a lawsuit against a human trafficker might seem underwhelming. After all, serious criminal charges against traffickers seem more appropriate. But finding those individuals can be a significant challenge.

However, identifying websites used by traffickers is much simpler. Even the threat of filing an anti-trafficking civil suit is sometimes enough to cause policy changes for mainstream websites. By helping to dramatically reduce the places online where perpetrators can lure victims and reach buyers, the plague of internet-based human trafficking can be slowed and, ideally, stopped entirely.

On Friday 3/20/2020, in response to the COVID-19 pandemic, Governor Cuomo of New York issued Executive Order 202.8 which tolls the time limits for … END_OF_DOCUMENT_TOKEN_TO_BE_REPLACED