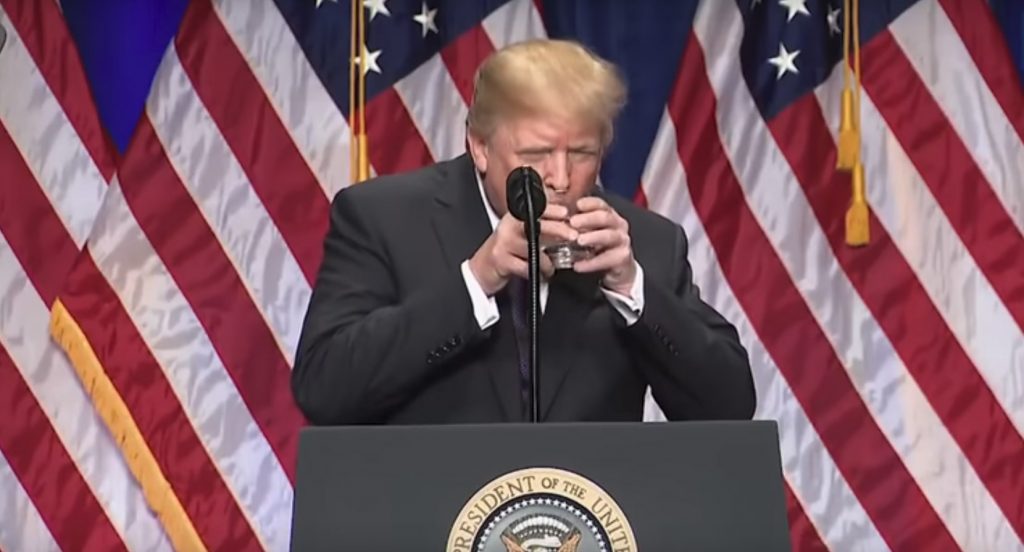 The Trump administration has taken steps to roll back measures meant to mitigate the negative public health effects associated with coal-ash pits.

In 2008, following the expulsion of billions of tons of toxic sludge from a coal-fired plant in Tennessee, the EPA introduced regulations pertaining to coal ash. Those rules were implemented three years ago and required states to monitor the toxic effects associated with coal-ash pits. As a result of those monitoring programs, it came to light, only three months ago, that those pits have been linked to severely polluted groundwater.

Now, with the recent changes, states will no longer have to monitor their coal-ash depositories. This is the latest in a long list of conscientious decisions to roll back environmental protections affecting our nation’s water sources. Unsurprisingly, as noted by The Intercept, candidates gearing up for midterm elections are centering their campaigns around toxic drinking water.

Mindi Messmer, a Democratic representative in the New Hampshire state legislature, is one of those candidates. In 2014, she became aware that four kids in her hometown – Rye, New Hampshire – had contracted a rare form of cancer. Having worked as an environmental consultant for 30 years, she sought answers in the surrounding environment – there was a superfund site, a military base with firefighting foam and several manufacturing plants nearby – and eventually she was invited to join a task force set up by the Governor.

Following her efforts to get to the bottom of the rare cancer cluster, she campaigned for a seat in the state legislature in 2016 and won. She did this despite the fact that she lived in a district dominated by Republicans. Within a few years, she passed three bipartisan bills pertaining to environmental health. Now, she’s taking the US Congressional elections by storm, putting the focus on PFOA and PFOS chemicals – substances generally referred to as PFAS which are used in the manufacturing of firefighting foam and that have been linked to a litany of diseases.

Matt Morgan is another name to look out for in this regard. He is currently campaigning for a seat in Congress, hoping to represent the 1st Congressional District in Michigan. As a former military man, he has first-hand experience with clean-up project.

“As a retired Marine who was personally involved in the closure and environmental remediation of two 60-year-old Marine Corps air bases, I know firsthand the responsibility our military departments have to fully address environmental issues to the standards of surrounding communities,” he said, continuing. “An Environmental Protection Agency is meant to keep our citizens safe, not silence the truth in order to avoid responsibility.”

Morgan has openly attacked the EPA for its suppression of an HHS study that suggests a toxicity threshold for PFAS chemicals that is six times more strict than the current standard. He has also taken issue with the EPA’s decision to exclude community representatives from its so-called leadership summit. Morgan depicts these issues as bipartisan, saying he has fishing buddies – Republicans and Democrats – who are “gravely concerned about” the problem of toxic drinking water.

As politicians circle the wagons, seeking to address this country’s toxic water problem, the American people are up in arms about Trump’s ignoble actions.

Lisa Evans of EarthJustice lambasted the latest coal-ash rule: “I think that Indiana is especially hurt by this new rule in terms of losing protection for health and communities.” She continued, “There is nothing in this rule, nothing […] that is beneficial to the public health or the environment.”

Tim Maloney, an environmental advocate with the Hoosier Environmental Council, decried the administration’s recent actions. “Decades of regulatory inaction on coal ash disposal has left Indiana with a toxic legacy of serious groundwater contamination – with unsafe levels of arsenic, lead, boron, and radium, among other contaminants — confirmed at fifteen disposal sites in Indiana located on the shores of the White River, the Wabash River, Kankakee River, the Ohio River and Lake Michigan.” He continued, “It is simply negligent for the EPA to roll back the long-overdue federal coal-ash standards that the agency adopted in 2015, and would result in this pollution being left in place to continue contaminating our waterways and drinking water sources for many years to come.”

Among other things, the new rule raises thresholds for groundwater contamination caused by molybdenum, lithium, cobalt and lead; allows hundreds of unlined ash coal pits to continue unfettered by regulations; and neglects to include boron to the list of pollutants used during remediation projects.

On Friday 3/20/2020, in response to the COVID-19 pandemic, Governor Cuomo of New York issued Executive Order 202.8 which tolls the time limits for … END_OF_DOCUMENT_TOKEN_TO_BE_REPLACED