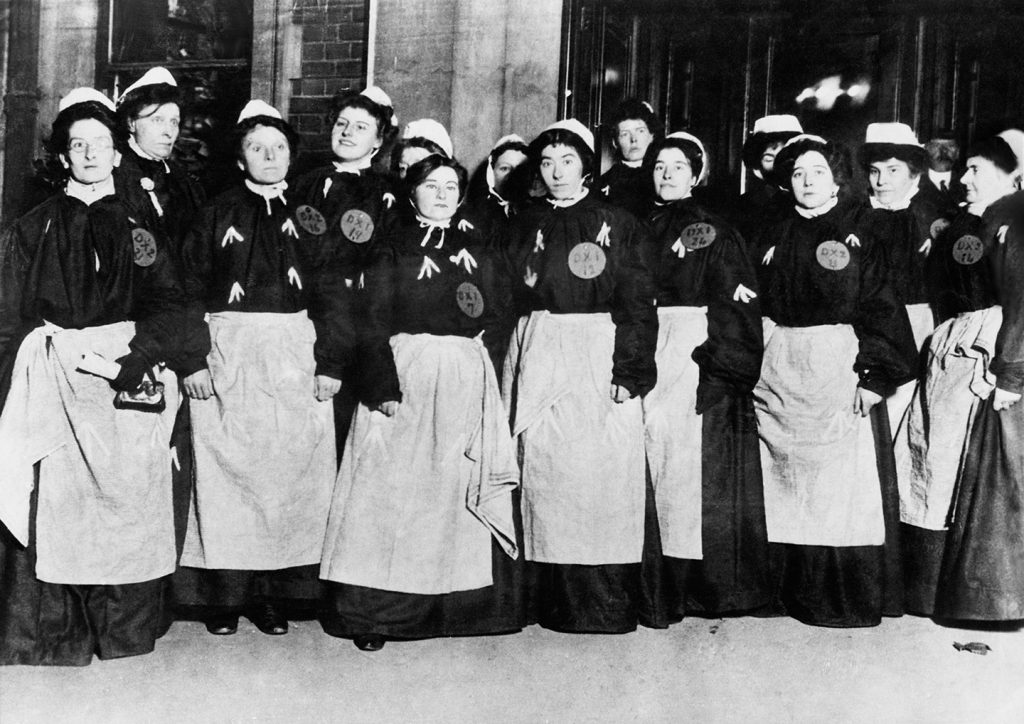 Delaware failed to pass an Equal Rights Amendment last month, when several legislators who pledged their support for the measure voted nay. The bill died in the Senate with a vote of 11-9, needing two-thirds of the total (or 14 votes) to pass. Sen. Margaret Rose Henry used a procedural mechanism to set the stage for potential revote later this month, prior to the end of the current legislative session. Lawmakers in support of the bill have expressed their extreme disappointment in the legislative failure. If passed, the bill would have added an amendment explicitly stating the following: “Equality of rights under the law shall not be denied or abridged on account of the sex of the person.”

Though several Republicans said they’d support the measure, purported pressure from constituents changed their minds. Senator Anthony Delcollo (a Republican from Elsemere) said some residents had complained that such an amendment could lead to unintended consequences. Prisons, they argued, could become co-ed, and the ERA could lead to state funded abortions – something many Republicans would be loath to support.

Following suit, Delcollo submitted three amendments that he believed would offset his constituents’ fears. One of those amendments stipulated that the ERA could not be construed to preclude “the mere separation of the sexes.” Another amendment flat out prohibited the application of the ERA to cases of abortion. And a third amendment specified the domain of the ERA, saying it would only apply to the state government.

Senator Stephanie Hansen, a democrat, held few punches in the aftermath of the bill’s defeat, pointing her finger sternly in the direction of Delcollo: “He was playing to the far right of his constituency and we weren’t going to do that here,” she said, adding, “The amendments that he was putting on the bill were going to cause conditions and itemization and the more you do that to broad principles, the more you weaken that.”

Hansen was particularly frustrated due to the long history of the ERA, which has for the past three decades been defeated in the legislature: “I am extremely frustrated, as you can tell,” she lamented, “Particularly because we keep coming to this same point over and over again.”

Proponents of the Equal Rights Amendment – which has been included in a number of state constitutions but which does not exist in the US Constitution – argue that such a foundational change could help ensure the security of women’s rights in all circumstances. Currently, in Delaware, there are a few statutes that promise equality in employment, financial aid and housing, but there are no overriding protections applicable in all cases.

Opponents of the bill expressed their concern that the courts would interpret the ERA in broad strokes, pointing to the New Mexico Supreme Court’s interpretation of their own Equal Rights Amendment. According to that interpretation, the ERA extends to a woman’s right to a state-funded abortion.

Despite Hansen’s claim that Delcollo played politics, the Republican Senator stuck to his script, saying he was only doing his duty as a representative for the people: “This is trying to do nothing more, nothing less, than taking legitimate concerns of folks in my district and legitimate concerns of lawyers I’ve spoken to who say there are these grey areas and resolve them so we can vote on the thing and get it through,” Delcollo said.

Yet, as Hansen pointed out, Delcollo waited until the 11th hour to bring his concerns to the table. Delcollo rebuffed her claims, saying he couldn’t reach her because she was in meetings all day. Nonetheless, without any time, Democrats were left twiddling their thumbs, unable to research the potential effects of the proposed amendments. Democrats, unified, voted against Delcollo’s proposed provisions. And when, in the last moment, it looked like the bill would falter, Senator Henry strategically switched her vote to a no, effectively laying the groundwork for a revote before the end of the month.

In 2019, there were at least 2,506 cases of vaping-related lung injury (EVALI) in the U.S., according to the U.S. Centers for Disease Control and … END_OF_DOCUMENT_TOKEN_TO_BE_REPLACED