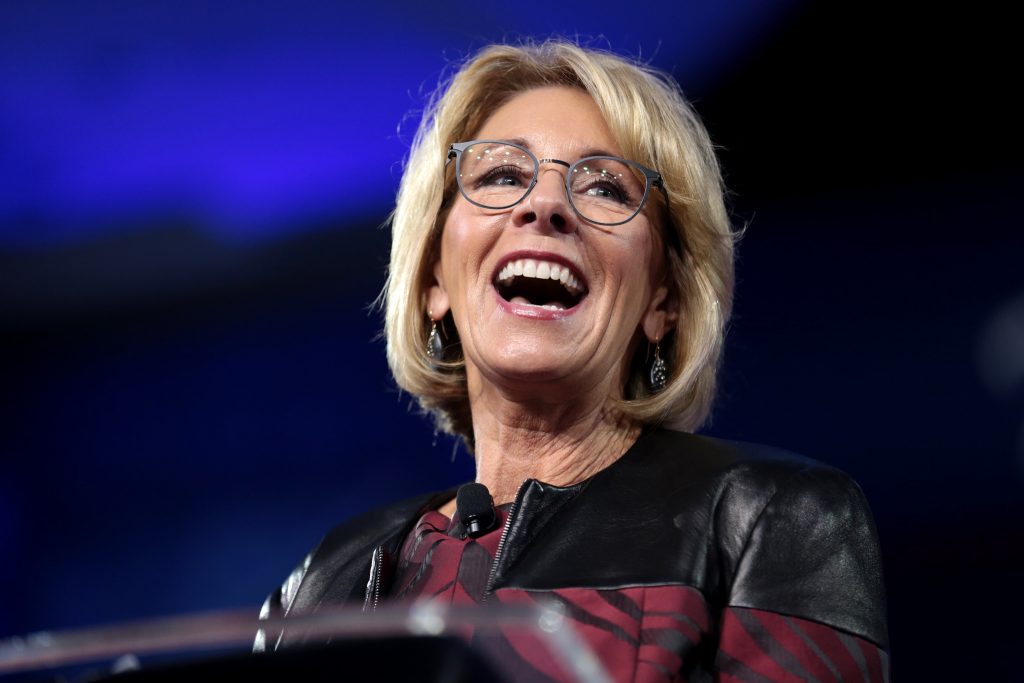 According to a newsletter released by The Office of Special Education and Rehabilitative Services, the Education Department has rescinded 72 guidance documents relating to the interpretation and implementation of the Individuals with Disabilities Education Act and the Rehabilitation Act. This move constitutes a major blow to education and disability rights advocates, as a number of documents meant to help schools utilize federal funding to benefit students with disabilities have been removed, making it more difficult to implement regulations.

The Education Department, led by Secretary Betsy DeVos, rescinded the documents in response to an “Executive Order on Enforcing the Regulatory Reform Agenda,” which asks agencies to “alleviate unnecessary regulatory burdens placed on the American people” by getting rid of regulations that “are outdated, unnecessary, or ineffective.”

This most recent announcement is par for the course, as DeVos has already exhibited an inclination toward deregulation. Just last month, the Education Secretary rescinded rules pertaining to the treatment of sexual assault cases at publically funded schools. In making her argument, she said the Obama-era guidance failed to consider the point of view of the alleged attacker. And earlier this year, she okayed Trump’s decision to throw out the Obama-era guidance on transgender access to school bathrooms.

Though the rescinded documents never had a direct bearing on students’ rights, they were incredibly useful. Some documents helped translate the legalese of the statute into ordinary English to help teachers and administrators utilize the law. Thus, throwing out these documents amounts to a clear statement about the current administration’s position on the rights of students with disabilities.

Take a memo on Transition Programs & Services, for instance. This memo sought to provide information on programs that could help facilitate a student’s transition from high school to adulthood. This document was merely informational. Meaning rescinding it does nothing more than limit a state’s access to much needed information on how to use federal funding.

Or consider the importance of the Free Appropriate Public Education memo. This guidance was labeled a “Notice of Interpretation,” and supplied clarification as to the statute’s language. Specifically, the memo stated that parents of disabled children should not be expected to use private insurance to access federally mandated services.

Lindsay Jones, of the National Center for Learning Disabilities, spoke with the Washington Post, saying, “All of these [guidances] are meant to be very useful […] in helping schools and parents understand and fill in with concrete examples the way the law is meant to work when it’s being implemented in various situations.” She continued, “Our goal is to make sure that parents and schools and educators understand how these laws work, and the department plays a critical role in that.”

Without replacement documents there is a huge gap in the interpretative framework around the Individuals with Disabilities Education Act and the Rehabilitation Act. Some of the rescinded documents go back to the 80s.

That being said, the full impact of the Education Department’s decision to chuck so many documents remains somewhat of a mystery. David Card, of the National Disability Rights Network, told ThinkProgress that it isn’t totally abnormal for an agency to review memos and guidance documents. Nonetheless, there’s cause for worry: “We are still exploring the impact of the different guidance that have been rescinded, however, the concern has arisen that by rescinding older guidance, should the Department rescind more recent guidance, students with disabilities will be left with no protections,” he said.

As noted by ThinkProgress, we perhaps shouldn’t be surprised at the recent abolition of agency documents. During her confirmation hearing, DeVos expressed confusion about the nature of the Disabilities Education Act, indicating that she didn’t know it was a federal statute. She added that questions about students with disabilities should be left up to the state and local school districts.

It’s clear that the current administration does not value the rights of students with disabilities. We will have to wait and see how the Education Department’s decision affects children at the state and local level.

On Friday 3/20/2020, in response to the COVID-19 pandemic, Governor Cuomo of New York issued Executive Order 202.8 which tolls the time limits for … END_OF_DOCUMENT_TOKEN_TO_BE_REPLACED