You are here: Home / Environmental Law / The EPA Can Continue to Stall the Chlorpyrifos Ban 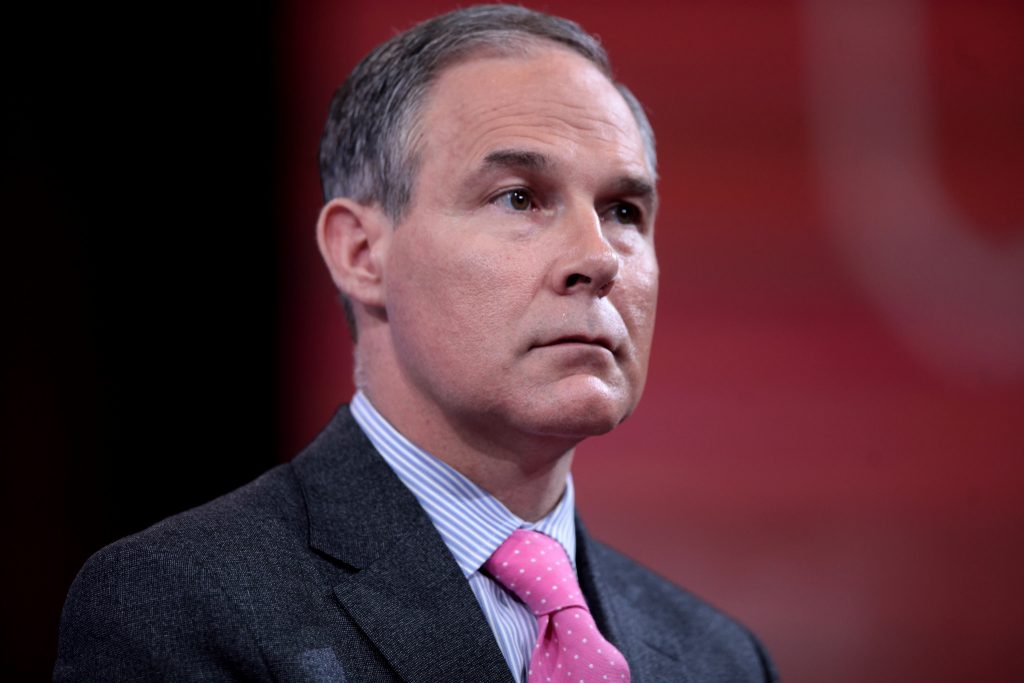 New York Attorney General Eric Schneiderman led the charge earlier this month to join a legal battle against the Environmental Protection Agency (EPA) for its decision to allow the controversial pesticide, Chlorpyrifos, to remain on the market. Schneiderman was joined by a number of states – including, Maryland, Vermont, Washington, Massachusetts and the District of Columbia – in a motion submitted to U.S. Court of Appeals for the Ninth Circuit in San Francisco. According to the court filing, Secretary Scott Pruitt breached his legal duty to protect consumers from the damaging effects of harmful pesticides when he halted efforts to ban the chemical in March.

Ultimately, Schneiderman’s efforts were for naught. On July 18th, the Ninth Circuit denied the original motion, filed by Pesticide Action Network North America and Natural Resources Defense Council, to force the EPA into making a final decision on the ban. The Court wrote, “The panel held that EPA had complied with the panel’s previous orders by issuing a ‘final response to the petition.’” It continued, “The panel further held that the [petitioners’] mandamus motion was premature, and its substantive objections to the EPA’s denial must first be made through the administrative process mandated by statute.”

Patti Goldman, a managing attorney with Earthjustice, was not thrilled with the Ninth Circuit’s ruling: “EPA scientists have said for more than two years that this pesticide is unsafe, particularly to children. Any delay in banning this toxic chemical is a tragedy for families and farmworkers.” She continued, “Based on science and the law, EPA must ban chlorpyrifos now.”

In a press statement released before the Court’s recent decision, Schneiderman made his view abundantly clear: “Again and again, the Trump EPA has chosen special interests over the health and safety of New Yorkers and all Americans.” He continued, “Job Number One for the EPA should be protecting Americans’ wellbeing, especially that of our children. Yet the administration is jeopardizing our kids’ health, allowing the use of a toxic pesticide for which it can’t even identify a safe level.”

The recent court decision comes after years of debate on the issue. The EPA announced in 2015 that it intended to ban the use of Chlorpyrifos and in November of last year the same agency put out a study stating “There is a breadth of information available on the potential adverse neurodevelopmental effects in infants and children as a result of prenatal exposure to chlorpyrifos.” But in March, Pruitt put a stop to the effort to ban the chemical.

So what exactly is chlorpyrifos? It is a neurotoxic pesticide used to killed critters that eat plants. If ingested directly, it can cause someone to stop breathing, to convulse, and in the worst cases, to die. The product was first developed as a weapon during WWII but was then reconceived as a pesticide and, starting in the 1960s, was sold as such. Now, it is one of the most common pesticides in the US. Five million pounds are sold annually and that’s just within this country.

Pruitt said in a congressional hearing that his decision not to ban chlorpyrifos was the result of “meaningful data and meaningful science,” but he has failed to provide sources for said “data” leading many to doubt whether such research exists. It is far more likely that the administration’s relationship to Dow, a company that profits greatly from the sale of Chlorpyrifos, was far more influential than any alleged scientific interventions.

To begin with, Dow has been a powerhouse in political circles for some time. In 2016, the company put $13.6 million toward lobbying efforts. Andrew Liveris, CEO at Dow, is a well-known backer of the Trump administration, having given upwards $1 million to the inaugural committee. And after Trump signed his executive order to roll back federal regulations, he gave his pen to Liveris, a symbolic act signifying the close ties between the current administration and corporations. When it comes to the EPA’s decision not to ban the dangerous pesticide, all signs point toward corporate interests, especially given the great amount of research showing the effects that chlorpyrifos has on prenatal development.

Now, the EPA can spend the next several years ignoring the chemical ban, putting countless people at risk of serious harm.

On Friday 3/20/2020, in response to the COVID-19 pandemic, Governor Cuomo of New York issued Executive Order 202.8 which tolls the time limits for … END_OF_DOCUMENT_TOKEN_TO_BE_REPLACED