You are here: Home / Environmental Law / The EPA Plans to Repeal Emissions Rule for Heavy-Duty Trucks 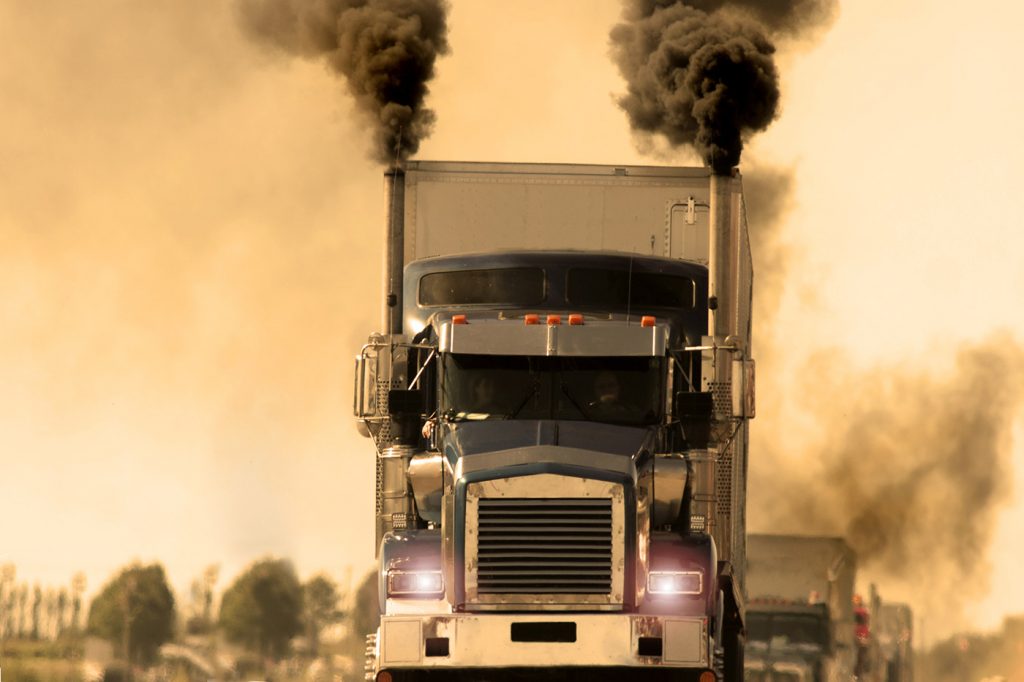 The EPA recently proposed a rule repealing Obama-era standards meant to limit the environmental impact of heavy duty trucks – specifically targeting old engines and their greenhouse gas emissions. Gliders and trailers are at the center of the regulation in question. The former refers to the casing around the engine, including the cab. The latter is the largest portion of the truck and refers to the storage compartment that the truck lugs around. The Trump administration found, once again, that Obama breached the limits of his executive authority by imposing limits on the manufacturers of gliders, namely Fitzgerald Glider Kits, which produces 10,000 gliders a year.

The Issue With Gliders

The problem, according to the Obama administration, is that the rampant use of new gliders effectively promotes the usage of old, soot and greenhouse gas-producing engines. Truckers, and truck companies, are able to save money (sometimes thousands of dollars) by wrapping up damaged engines in brand new casing, but the environmental costs outweigh the fiscal benefits in the eyes of the previous administration.

In order to rescind the regulations, the new rule would effectively remove glider vehicles, engines and kits from the Clean Air Act’s purview, and thus annihilate the agency’s ability to regulate gliders in any shape or form. The EPA has allotted two months for public comments and will hold a public hearing in Washington DC on December 4th. To learn how to submit a comment for review, visit the EPA’s website.

In a statement to the press, EPA Administrator Scott Pruitt expressed his discontent with the Obama White House: “The previous administration attempted to bend the rule of law and expand the reach of the federal government in a way that threatened to put an entire industry of specialized truck manufacturers out of business.” He continued, “Gliders not only provide a more affordable option for smaller owners and operators, but also serve as a key economic driver to numerous rural communities.”

According to the EPA (and Pruitt in particular), these emissions standards disproportionately affect companies that rely on the sale of gliders for their livelihood. Additionally, as Pruitt mentioned in his statement, regulating gliders allegedly diminishes the economic viability of rural communities who depend on effective casing to save money on new engines. Before the heavy-duty truck emissions standards were put in place last year, companies could avoid regulations by putting an old engine in a new glider kit truck.

The Natural Resources Defense Council (NRDC) takes a different view, arguing instead that the human costs far outweigh the economic impact. Citing an EPA study, Luke Tonachel of the NRDC, said, “Reopening this loophole is an unconscionable move that could cause the premature deaths of 1,600 Americans from just one year of dirty truck sales,” continuing, “Instead of letting these dirty trucks keep spewing up to 40 times more pollution than modern big rigs, the EPA should protect the air we all breathe from this dangerous threat.”

Note on the Study

According to the EPA’s review of the heavy-duty truck standards, the agency’s estimates (concerning premature deaths) are most likely conservative, as they exclude the likelihood that diesel exhaust is a carcinogen. Thus, the estimates exclude the various cancers that might result from unregulated truck emissions. Additionally, the estimates do not consider the damaging effects of ozone, which often emerges alongside high levels of “NOx Emissions.” In short, the estimate of 1,600 premature deaths is a shot in the dark that underplays the devastating effects of unregulated emissions.

Pruitt and his colleagues have made it clear once again that the interests of industry “stakeholders” take priority over the the environment and the lives of ordinary people. The Washington Post has already reported that the EPA Administrator has made several decisions in favor of the fossil fuel industry directly after holding regular meetings with certain executives.

On Friday 3/20/2020, in response to the COVID-19 pandemic, Governor Cuomo of New York issued Executive Order 202.8 which tolls the time limits for … END_OF_DOCUMENT_TOKEN_TO_BE_REPLACED