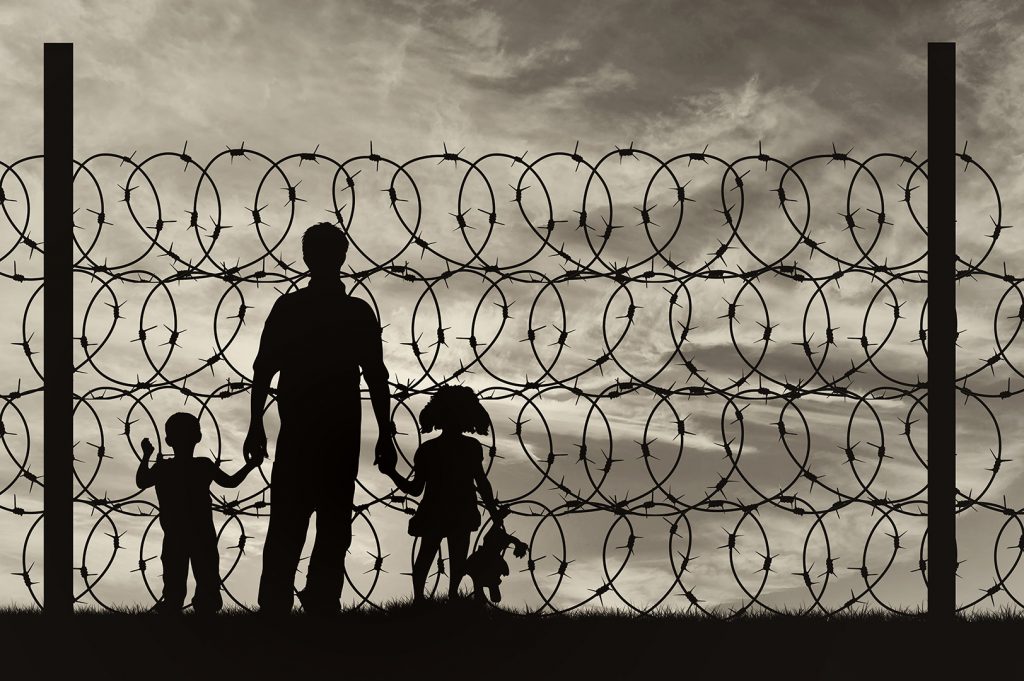 Donald Trump focused a lot on immigration during his campaign. He made claims that Mexico only sends over rapists and drug dealers, he suggested the United States ban all Muslims, and he talked of building a full-length border wall that would be paid for by Mexico.

Donald Trump has never shied away from his staunch views on immigration, and that did not change once he became President. President Trump has signed numerous executive orders in an effort to scale back immigration – both legal and illegal – into the United States. Not only did President Trump enact a ban on immigrants from certain Muslim countries, but he has also enacted a “zero tolerance policy” at our border with Mexico.

Zero-Tolerance Policy Results in Children Being Separated from Their Parents

Pictures of children being ripped from their parents’ arms and being held in detention centers have been front page news for months now. Contrary to what President Trump claims, there is no law requiring that minor children be removed from their parents when crossing the border without documentation. Trump did, however, issue a zero-tolerance policy in May 2018, which requires anyone and everyone attempting to cross the border to be prosecuted. This policy has resulted in thousands of minor children being detained.

To be clear, separating children from their parents at the border is not new. It has been a necessary part of enforcing immigration laws for years. However, Trump’s zero-tolerance policy has resulted in thousands of children being detained and separated from their parents.

In previous administrations, Democrat and Republican alike, those who were caught attempting to cross the border without documentation were placed in the custody of the Department of Homeland Security. If they had children with them, they were considered a family unit, and were almost always released and required to follow up with Immigration and Customs Enforcement (ICE) if they were deemed to pose no danger or wanted to seek asylum.

In some cases, ankle bracelets were issued in order to keep track of those immigrants who were released. Under the Obama Administration, separation of a parent from his or her children was rare, usually happening only if the parent had been previously convicted of a felony or was suspected of committing trafficking crimes.

Now, under Trump’s new policy, any immigrant caught trying to cross the border, whether they have children or not, is released into the custody of the United States Marshals Service (USMS). The USMS is a federal law enforcement agency, and the immigrants are to be tried in a federal criminal court.

Because children cannot be held in federal detention, they were separated from their parents and sent to shelters. To help put the difference in perspective, the number of children in border shelters has risen to 12,000 over the past year. In May of 2017, there were only 2,400 children being held in shelters. All this was determined to be illegal government conduct by recent federal court decisions, but many children still remain separated from their parents.

New Requirements to Get Children Back

In addition to the zero-tolerance policy, which led to a sharp increase in separations at the border, President Trump has also enacted new, harsher requirements for parents to get their children back. Now, if you want to regain custody of your child or children from a detention facility, you and all of the people who live in your household must provide your fingerprints, must undergo home checks, must provide income verification, and be subjected to background checks.

What really makes these new requirements difficult to face is the fact that all this information will be shared with Immigration and Customs Enforcement. So, if the custodian is also in the country illegally, they are less likely to claim their children or family members for fear of being deported themselves. In addition, immigrants are more likely to be at the lower end of the income spectrum, meaning they usually share houses or apartments with others to save on the cost of living. Without every single person living in their house or apartment agreeing to submit their fingerprints, obtaining custody of their own children is impossible.

In previous administrations, fingerprints and other information submitted to gain custody of a child was not shared with ICE, unless it was shown that that person had a particularly violent criminal past.

The Trump Administration claims that these requirements have been enacted to protect children from ending up in the custody of criminals. However, one cannot help but wonder if there is a better way to protect them.

On Friday 3/20/2020, in response to the COVID-19 pandemic, Governor Cuomo of New York issued Executive Order 202.8 which tolls the time limits for … END_OF_DOCUMENT_TOKEN_TO_BE_REPLACED