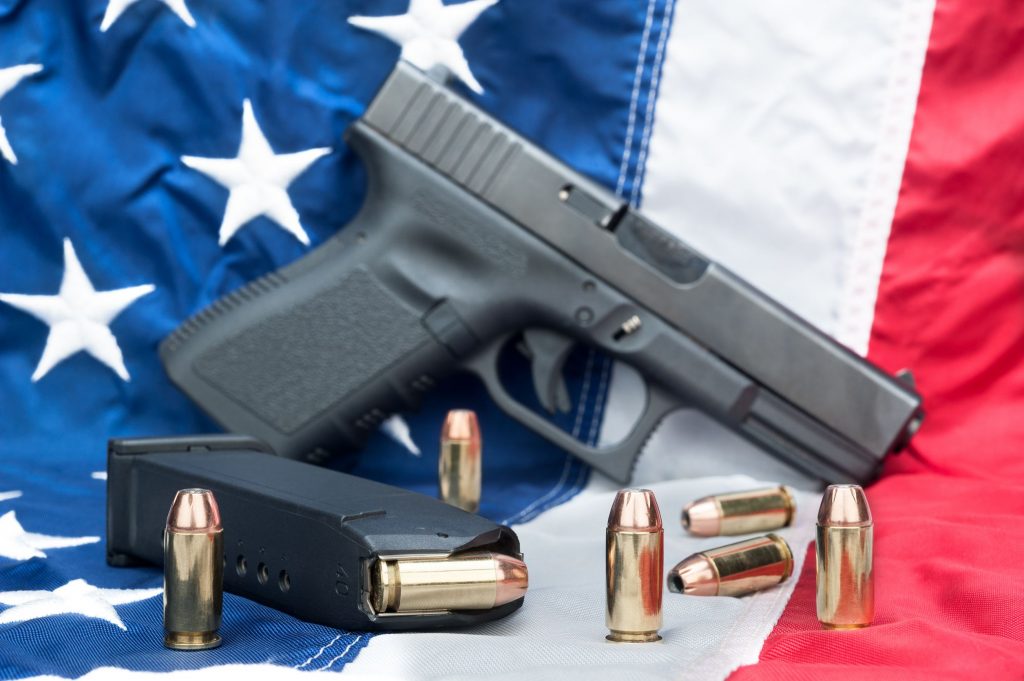 With the help of the California Rifle & Pistol Association, five California residents have lodged a complaint against the state for passing a law limiting the amount of ammunition a person can carry. Late last month, U.S. District Judge Roger Benitez of San Diego blocked the law from being enforced while the suit is underway.

The judge wrote in his court order, “If this injunction does not issue, hundreds of thousands, if not millions, of otherwise law-abiding citizens will have an untenable choice: become an outlaw or dispossess one’s self of lawfully acquired property.” Benitez seemed to agree with the plaintiffs, saying the law in question effectively prevents someone from using “whatever common magazine size he or she judges best suits the situation.” Finally, the judge wrote unambiguously in the injunction that “the State of California’s desire to criminalize simple possession of a firearm magazine able to hold more than 10 rounds is precisely the type of policy choice that the Constitution takes off the table.”

California has been embroiled in debates about gun control, especially since the brutal mass shooting that occurred in San Bernardino in 2015. And even before that, the state passed a law in 2000 preventing the sale or purchase of magazines holding more than 10 rounds, except in cases involving current and retired police officers and movie actors. Possession, however, was not restricted by the law.

According to the complaint, California voters intensified the 2000 ban by making possession illegal and by adding more extreme penalties such as a year-long prison sentence and a $100 fine for each “large-capacity” magazine. The complaint alleges that the extreme ban (under Proposition 63) violates a person’s Second Amendment right to bear arms and undermines the Fourth Amendment protection against the seizure of property without fair remuneration.

In his argument against the injunction, State Attorney General Xavier Becerra pointed out that magazines of this kind are well beyond the pale of constitutional protection, as evinced by mass shootings like the one in San Bernardino. After the injunction was released, Becarra had this to say: “Restricting large-capacity magazines and preventing them from ending up in the wrong hands is critical for the well-being of our communities.” Ironically, a similar request for injunction was denied in Sacramento, according to Becarra.

Chuck Michel, who is representing the plaintiffs, had another perspective: “Law abiding gun owners have a right to choose to have these magazines to help them defend themselves and their families.”

A Welcomed Injunction for Some

In justifying the injunction, Judge Benitez wrote “a final decision will take too long to offer relief, and because the statute will soon visit irrevocable harm on Plaintiffs and all those similarly situated a state-wide preliminary injunction is necessary and justified to maintain the status quo.”

Benitez’s injunction was most likely welcomed by the many California residents who, leading up to the implementation of the ban on July 1st, did not turn in their illegal magazines. Shasta County Sheriff Tom Bosenko, who resides in a pro-gun area, didn’t seem to take the ban all that seriously. “We’re not going to be knocking on anybody’s door looking for them. We’re essentially making law-abiding citizens into criminals with this new law,” he said, echoing the judge’s order. This isn’t totally surprising considering the fact that, when Connecticut passed a law requiring assault rifle owners to register their weapons, only 15 percent actually did so.

For now, we’ll have to wait and see how the case develops. Right now, it looks like the plaintiffs have the court on their side.

On Friday 3/20/2020, in response to the COVID-19 pandemic, Governor Cuomo of New York issued Executive Order 202.8 which tolls the time limits for … END_OF_DOCUMENT_TOKEN_TO_BE_REPLACED