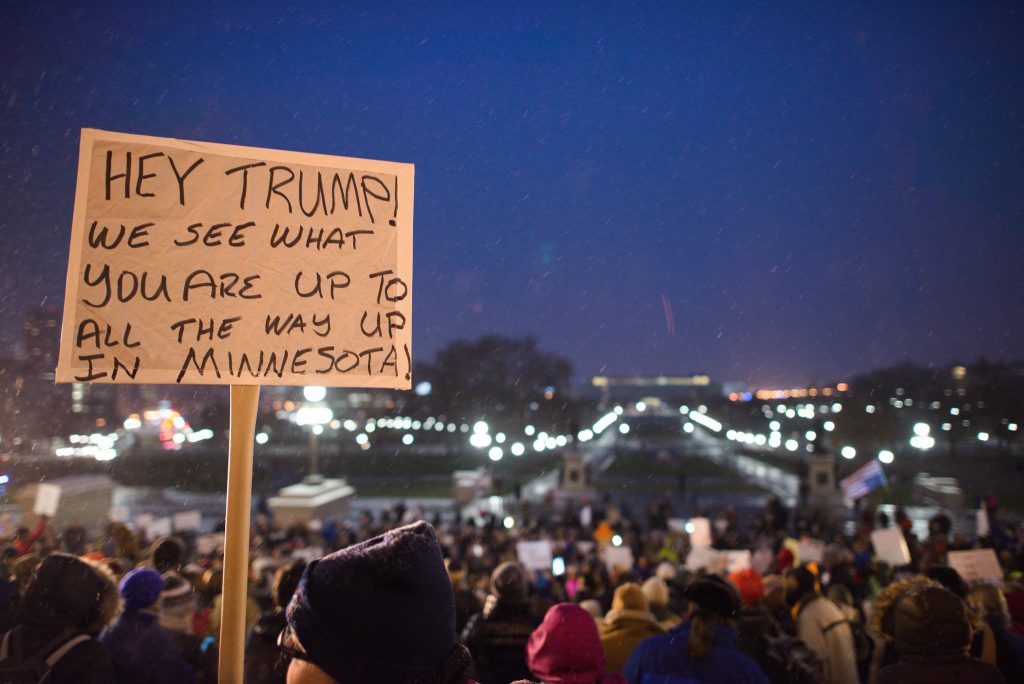 Rather than instating Deputy Attorney General Rod Rosenstein, who’s been confirmed by the Senate, the President sidestepped Congress.

“There’s always been an inherent contradiction in the conservative legal movement’s relationship with Trump,” writes The New Republic’s Matt Ford.

“On the one hand, the president has delivered them an unparalleled string of victories and decisively shifted the federal judiciary to the right.

“At the same time, the president has weakened the America rule of law, campaigned to turn the Justice Department into a political weapon, and used his office to threaten journalists and political opponents,” Ford writes.

“Leo took a leave from his day job to advise Trump on the Supreme Court. McGahn is also featured prominently on its website as a contributor.

“As his first term—and perhaps his presidency winds down–Trump may become a victim of his own success as diminishing returns in judicial policy make it harder for the conservative legal community to stomach him,” Ford concludes.

Several Federalist members went on the record expressing alarm about Trump’s ongoing efforts to consolidate power, according to The Washington Post’s James Hohmann.

“There is a deep-seated concern and uneasiness in conservative legal circles with the president’s attacks on our institutions, including the press and the Department of Justice, and a belief that conservative lawyers are not speaking up enough, said one member, John Bellinger, a top legal adviser for the State Department and National Security Council Director under President George W. Bush,” Hohmann reports.

“John Yoo, who took a maximalist approach to executive power under President George W. Bush, wrote in The Atlantic that Trump violated the Constitution by naming Matthew Whitaker to be acting Attorney General after his boss, Jeff Sessions, was forced to resign.

George Conway published an editorial in the The New York Times called, “Trump is Violating the Constitution”, co-written by Obama DOJ veteran Neal Katyl, on November 8.

Judicial Review in Marbury at Risk

Whitaker says he does not accept the principle of judicial review, established in Marbury v. Madison, one of the most important cases in Supreme Court history, which gives the courts the power to strike down laws, statues and government actions that violate the U.S. Constitution.

Whitaker insists the judiciary is “an inferior branch of government.”

Marbury was decided by Chief Justice John Marshall in 1803.

He once said judges should be Christian and proposed blocking non-religious people from judicial appointments, besmirching the Separation of Church and State doctrine, which is enshrined in the First Amendment.

Nation of Law and Not of Men

Checks and Balances members say debate over Trump’s disregard for the law is urgently needed.

Its intention is to speak out for other members who fear retribution from what they call a “vindictive White House”.

Members include: Tom Ridge, a former Governor of Pennsylvania and Secretary of Homeland Security in the Bush administration; Peter D. Keisler, a former Acting Attorney General in the Bush administration; two prominent conservative law professors, Johnathan. H. Adler  and Orin S. Kerr; and Lori S. Meyer, a lawyer who is married to Eugene B. Meyer, the president of the Federalist Society, writes Adam Liptak in The New York Times.

The group’s mission statement—never expressly mentioning Donald Trump but aiming it at him—reads: “We believe in the rule of law, the power of truth, the independence of the criminal justice system, the imperative of individual rights, and the necessity of civil discourse,” Checks and Balances wrote in a nationally publicized statement before the Federalist Society’s conference.

“We believe these principles apply regardless of the party or persons in power. We believe in ‘a government of laws, not of men,’” the Federalists say, quoting John Adams.

“We seek to provide a voice and a network for like-minded attorneys to discuss these ideas, and we hope that they will join with us to stand up for these principles.”

On Friday 3/20/2020, in response to the COVID-19 pandemic, Governor Cuomo of New York issued Executive Order 202.8 which tolls the time limits for … END_OF_DOCUMENT_TOKEN_TO_BE_REPLACED