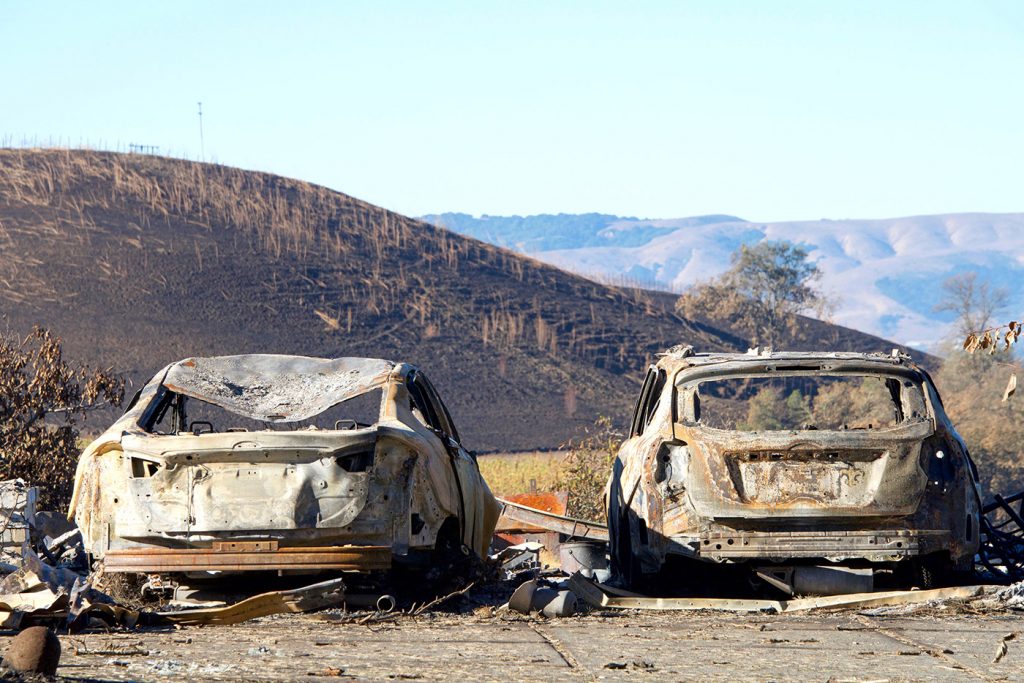 Ever since January, Donald Trump and his acolytes have been cutting regulations in great numbers. In the first five months alone, the administration chucked or delayed 860 rule proposals. A fair number of those rules were meant to protect the environment from unfettered fossil fuel companies. Republicans often justify major deregulation by referencing economic growth, arguing that increased regulation means fewer jobs and decreased access to capital. In the face of climate change, the GOP has defiantly refused to accept the large quantity of scientific studies showing that the environment is changing and we have something to do with it. It seems, by and large, the only language they’ll hear is the language of conservative economics.

A new report from the Government Accountability Office (GAO) might test the limits of the Republicans’ economic argument for deregulation. According to the report (publicly released October 24th), the major changes associated with global warming will likely lead to more disasters – the likes of which we’ve seen all too frequently this year. As the climate changes there will likely be more fires (like the ones in California), more hurricanes (like the ones ravaging the Gulf States and Puerto Rico) and more heat waves (like the ones threatening the lives of the precariat in the southern states). These changes will bring increased costs. This isn’t hard to believe, as recent “natural” disasters have already cost the US government billions of dollars.

According to the GAO, over the last 10 years, extreme climate conditions have led to nearly $350 billion in costs to the government – a number taken from the Office of Budget and Management. Just recently, Congress passed a measure supplying $36.5 billion to disaster relief programs meant to aid Puerto Rico and other states affected by recent disasters.

Specifically, the report projects costs related to certain sectors, while maintaining that such projections can never be exact. Health-related costs are among the highest when projected out to 2099. Mortality caused by rising temperatures could cost the government up to $506 billion by 2099 and the drop in labor productivity could result in a loss of $150 billion by that same year.

As noted by the New York Times, the first publication to report the GAO paper, Senators Maria Cantwell (D-WA) and Susan Collins (R-ME) were the first to request these economic projections from the GAO. Cantwell, appealing to those concerned with “economic growth,” said, “We need to understand that as stewards of the taxpayer that climate is a fiscal issue, and the fact that it’s having this big a fiscal impact on our federal budget needs to be dealt with.”

The Failure of the Government

The GOP’s Position on Climate Change

Lest we forget, Donald Trump has claimed outright that climate change is a “very expensive […] hoax,” and that it “was created by and for the Chinese in order to make U.S. manufacturing non-competitive.” And he’s not alone. According to ThinkProgress, there are 180 members of Congress who refuse to accept climate change as a reality. These Congressional leaders have also received a total of $82 million from the fossil fuel industry.

As observed by the Chicago Tribune, the White House’s position is clear. A few weeks ago, the President suggested that Texan Kathleen Hartnett White might soon be his “environmental advisor.” This is the same person who said fossil fuel companies have “vastly improved living conditions across the world.”

It is doubtful that the current administration will listen to the wisdom of the GAO, despite the fact that the recent study makes a powerful economic argument.

On Friday 3/20/2020, in response to the COVID-19 pandemic, Governor Cuomo of New York issued Executive Order 202.8 which tolls the time limits for … END_OF_DOCUMENT_TOKEN_TO_BE_REPLACED