You are here: Home / Supreme Court / Who Gets to Appoint the New Florida Justices? 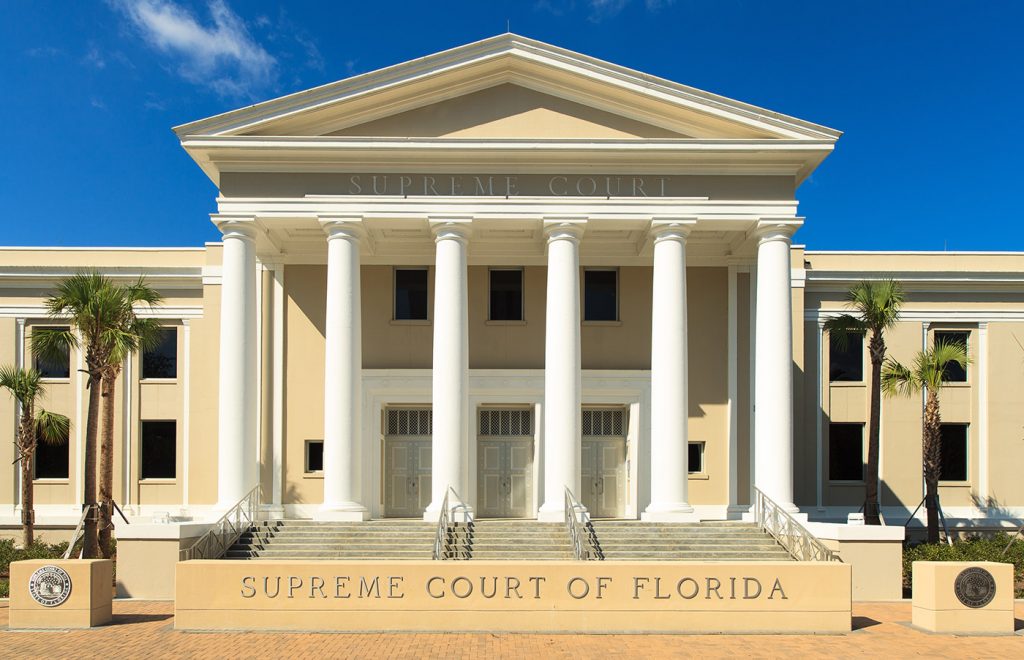 In Florida, a debate has been simmering around the question of Supreme Court Justice appointments. In a strange turn of events, three Justices – Peggy Quince, Barbara Pariente and R. Fred Lewis – are due to retire on the last day of Governor Rick Scott’s tenure in office – January 8th, 2019. This is due to a retirement policy in that state, which sets the retirement age at 70, but which also allows Justices to finish their term if they reach the statutory age in the second half of their last six-year term.

With three Justices reaching retirement age before the end of their respective terms, the question emerges: who will appoint to the new Justices? Governor Scott or his successor? And to complicate matters, the question has been brought before Florida’s high court, who, at the beginning of November, heard oral arguments regarding the appointments.

Governor Scott has asserted his authority on the matter, contending that the Justices will retire at midnight on the 8th, while he will still technically govern the state for part of the day – at least until the new governor is sworn in. This gap, he argues, should allow him to appoint three new Justices. This is a big deal because currently the Supreme Court in Florida has a liberal 4-3 majority and the three Justices due to leave the bench are all liberal-leaning. Thus, Scott’s appointments could mean the beginning of a new era in Florida’s judiciary.

The liberal bloc of the Supreme Court has been pivotal in a minefield of Republican legislation. The state’s high court has been responsible for key rulings, having stricken an unconstitutional limit on non-economic damages and having blocked a rule that would allow juries to give death sentences without unanimity.

To that end, the recent bout of oral arguments takes on historic meaning, as the court effectively considers its own fate. During oral arguments, Daniel Nordby, the Governor’s attorney, spoke in hypotheticals, saying that if the new Governor takes office prior to the retirement of the Justices, then that person would have the authority to make appointments. But, he argued, if on January 8th, the new governor isn’t admitted until later in the day, then Scott could potentially use his extended time in office to appoint new Justices.

The bottom line for Scott’s defense: we just don’t know what will happen, and therefore, the court should not make a decision on the matter. If Scott appoints three judges and those appointments are challenged, then the court should make a decision, but until then, the matter should be off the table. Since there’s no concrete issue, there can be no judgment. That’s at least the argument put forth by Nordby and Scott.

Conservative Justice Charles Canady seemed amenable to that line of reasoning during arguments, saying, “[T]his is all speculative. I’m having a hard time seeing how this is a ripe controversy.”

John Mills, counsel for Common Cause Florida and the Florida League of Women Voters, opposed this logic, arguing instead that the court’s silence would leave the state and its voters confused about what’s at stake in the upcoming election. Additionally, it could lead to a “constitutional crisis.” “We are asking you to test an assertion of power by the governor who says he has this power. We say he does not,” he told Justices.

To make a bizarre situation even more unreal, Governor Scott’s counsel filed a motion on Monday, November 20th, requesting that Justice Pariente – one of the three Justices in question – be taken off the case. Governor Scott argues that comments made immediately following the oral arguments constitute bias and a violation of the code of judicial conduct.

Pariente was caught by the Florida Channel using the word “crazy” after pointing to a list of the governor’s appointees to the Judicial Nominating Commission – the group responsible for nominating the Justices’ replacements. Additionally, Scott argues, Pariente expressed explicit bias during a 2012 campaign when she asked voters to keep her and her liberal colleagues in office because a decision from Governor Scott would “result in partisan political appointments.”

The outcome of the motion and the court’s deliberations could have long-term consequences for the State of Florida.

On Friday 3/20/2020, in response to the COVID-19 pandemic, Governor Cuomo of New York issued Executive Order 202.8 which tolls the time limits for … END_OF_DOCUMENT_TOKEN_TO_BE_REPLACED