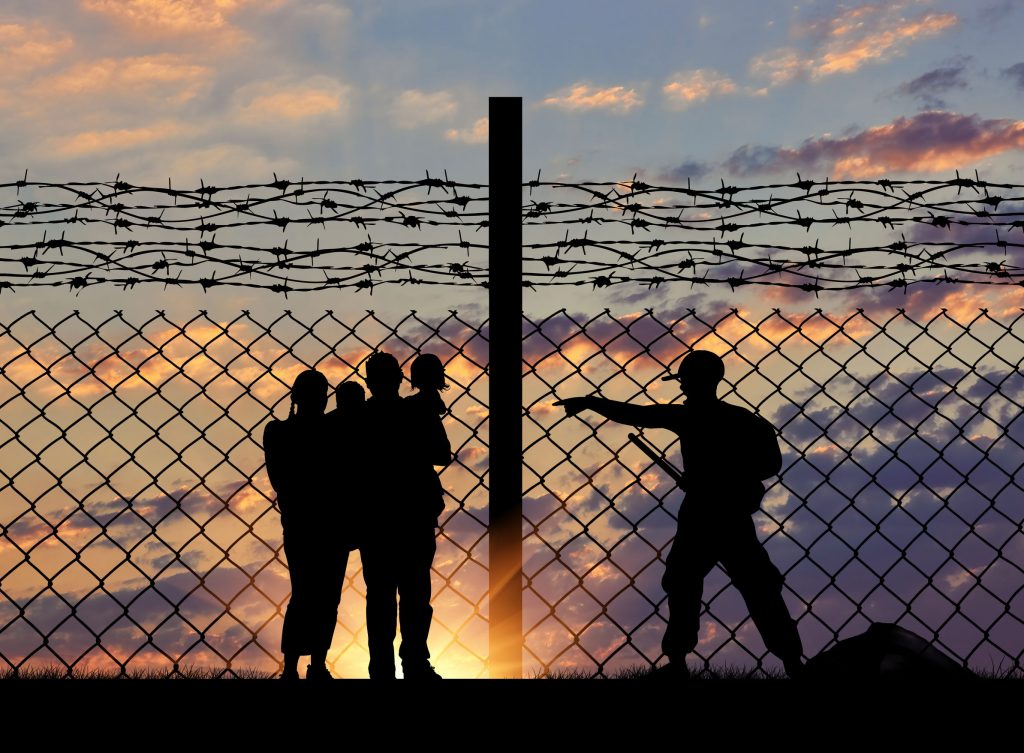 On July 27th, the US House of Representatives passed a spending bill containing a whole range of provisions including one devoted to funding President Trump’s US-Mexico border wall. The spending package passed mostly along party lines, with five members from each party voting against the grain. The legislation accounts for approximately $800 billion of federal spending and exceeds defense budget caps by a whopping $72 billion. As suggested by the Washington Post, the $1.6 billion allotted to the wall and the high price tag will most likely kill the bill in the Senate where Democrats will almost assuredly oppose it.

In the eyes of the international community, the border wall is the most unpopular policy to emerge from the White House, according to the Pew Research Center. Eighteen countries were surveyed by the center. Though most countries disapprove of the measure, Latin American countries take the harshest stance against it. Ninety-four percent of Mexicans and 90 percent of Colombians oppose the wall.

The fact that $1.6 billion has been apportioned for 32 miles of extra fencing along the US-Mexico border contradicts Trump’s campaign pledge to make Mexico pay for it. If the legislation were to pass, US taxpayers would most definitely subsidize it. The wall expenditure, which is also unpopular among Democrats, was added onto the spending package without a vote. To do this, Republicans used a procedural mechanism known as the “self-executing rule.”

Some Republicans oppose the wall. For instance, Representative Will Hurd (R.-TX) authored his own anti-wall amendment, which would set aside funding for the Department of Homeland Security to use new technology to control the border. In Hurd’s view, walls are antiquated: “We can’t double down on a Third Century approach to solve 21st Century problems if we want a viable long-term solution,” he said in a statement. It should be noted that Hurd ended up voting for the spending package.

The bill, entitled the Make America Secure Appropriations Act (MASA), contains many spending proposals for several agencies, including the Energy Department, the Department of Veteran Affairs and the Defense Department.

One provision would give funding to members of Congress for their own protection. After the shooting of House Majority Whip Steve Scalise, some members have argued in favor of heightened home security measures.

The legislation would also lead to regressive cuts to the Appalachian Regional Commission (ARC), resulting in the elimination of 9,000 jobs. According to supporters of the measure, it’s an improvement on Trump’s budget proposal, which would have done away with the commission altogether.  All told, MASA would cut $5 billion to programs like ARC. For instance, the Department of Energy would lose 50 percent of its budget, leading to a major downsize in renewable energy subsidies.

Another provision would override the requirements of the Administrative Procedures Act.

It would allow the Trump administration to rescind the Clean Water Rule without having to provide a period of public comment.

Radical Republicans failed to pass an amendment. The amendment would have abolished the Congressional Budget Office (CBO), a move supported by members of the far-right Freedom Caucus. Some Republicans wanted to see the agency dismantled following the failure to pass a health care bill – a failure that some attributed to the CBO’s analysis. Since many Republicans opposed the amendment, it was not attached to the final package.

MASA accounts for four of the 12 appropriation bills required to fund the government. Congress has until September 30th to pass all 12. Right now, the legislature is in recess for the month of August, so when legislators return they will have a full plate. To successfully fund the government, Republicans will have to face a harsh reality: they need to get Democrats on their side.

Another deadline looms over Congress: the debt-ceiling decision. Legislators have until October to decide whether to raise the debt-ceiling, otherwise the Treasury may no longer be able to borrow money. This could lead to the US defaulting on its loans.

On Friday 3/20/2020, in response to the COVID-19 pandemic, Governor Cuomo of New York issued Executive Order 202.8 which tolls the time limits for … END_OF_DOCUMENT_TOKEN_TO_BE_REPLACED