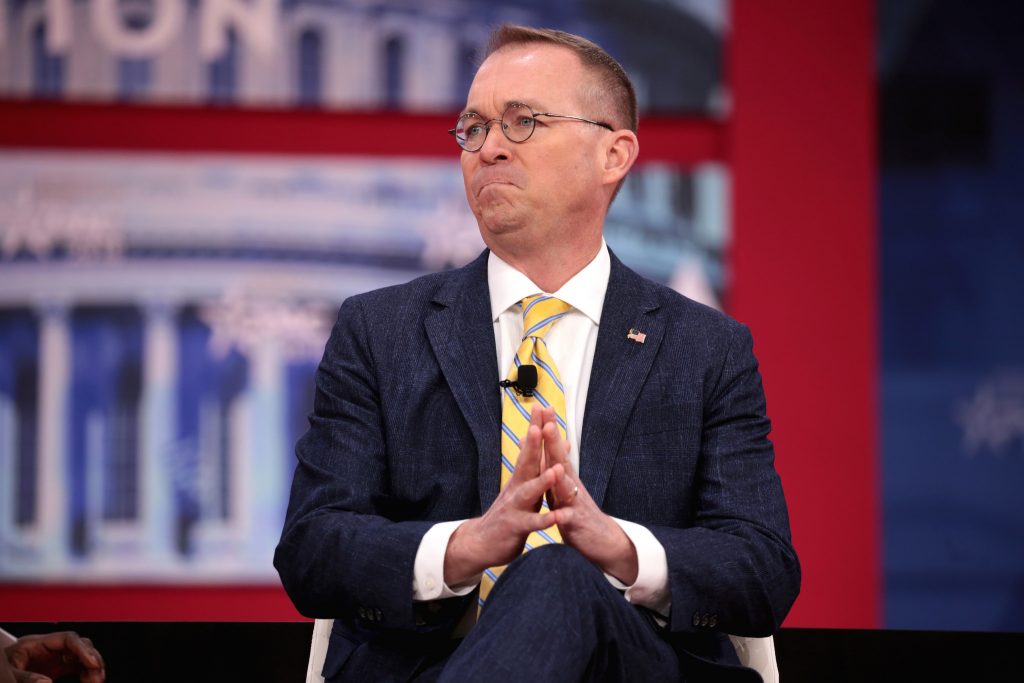 Ever since Mick Mulvaney was appointed Acting Director of the Consumer Financial Protection Bureau (CFPB), he has implemented a slew of measures meant to strip the agency of its purpose and structure, leaving an empty stalk where once there was a substantial agency capable of enforcing meaningful regulations.

After launching a top-to-bottom review of the CFPB, Mulvaney, a long-time opponent of the agency, diminished the CFPB’s ability to enforce regulations pertaining to cases of discrimination.

More recently, he disbanded the Consumer Advisory Board (or CAB), firing all 25 CAB members and promising to replace them with a smaller committee. The board, in its original form, was responsible for offering advice to the CFPB on matters of policy and regulations. Ostensibly, that will be the role of the new replacement board.

The agency described the decision to fire the 25 members as part of a broad plan to facilitate outreach to stakeholders and to “increase high quality feedback.” John Czwartacki, a spokesperson for CFPB lambasted CAB for its alleged lack of priorities: “The outspoken members of the Consumer Advisory Board seem more concerned about protecting their taxpayer funded junkets to Washington, D.C., and being wined and dined by the Bureau than protecting consumers.”

Prior to being fired, 11 members of CAB spoke out at a press conference, accusing the new Director of cancelling legally-mandated meetings, ignoring counsel when it was offered and jeopardizing the future of the agency.

Chi Chi Wu – an attorney for the National Consumer Law Center who was one of the board members fired by Mulvaney and one of the 11 members at the press conference – had this to say: “We continue to hold out hope that the acting director will start following the law, and be open to input from a body that has provided valuable input and engagement for many years.”

One day prior to disbanding the advisory group, Mulvaney signed a charter setting up a new board composed of six members. According to that charter, which has been filed with the Senate Banking Committee and the Library of Congress, the new board “will have no formal decision-making role and no access to confidential supervisory or other confidential information.”

In total, Mulvaney fired 60 members spanning three different advisory boards, claiming they were simply too big for comfort. He thought the size of the boards and their public nature would inevitably lead to unwanted media leaks, and observed that certain members were “not comfortable being candid” and “would actually like some private meetings.” He added, “There is actually some good information that can pass when you sort of turn the cameras off.”

Senator Elizabeth Warren (D.-Mass), who was a key voice behind the construction of the CFPB, criticized the new leader: “Mick Mulvaney has no intention of putting consumers above financial firms that cheat them. This is what happens when you put someone in charge of an agency they think shouldn’t exist.”

Senator Sherrod Brown (D.-Ohio), echoed Warren’s remarks: “Mulvaney has proven once again he would rather cozy up with payday lenders and industry insiders than listen to consumer advocates who want to make sure hard-working Americans are not cheated by financial scams.”

Wu lamented Mulvaney’s decision to fire the 25 CAB members: “Firing current members of the advisory board is a huge red flag in this administration’s ongoing erosion of critical consumer financial protections that help average families.”

In addition to guarding against leaks, Mulvaney may also be interested in the “multi-hundred thousand-dollar- a year savings” cited by Anthony Welcher, a policy advisor for external affairs. Operating costs for the new CAB will be $150,000. The new board will be composed of “a mixture of representatives and Special Government Employees,” which means the members will be exempt from rules pertaining to financial conflicts of interest.

Under Mulvaney’s temporary leadership, an agency meant to protect consumers against deceptive practices may wind up doing very little whatsoever. Whereas Richard Cordray, the former director, filed a case once every week, Mulvaney has pursued a mere two cases during his several months in office. This does not bode well for consumers.

On Friday 3/20/2020, in response to the COVID-19 pandemic, Governor Cuomo of New York issued Executive Order 202.8 which tolls the time limits for … END_OF_DOCUMENT_TOKEN_TO_BE_REPLACED