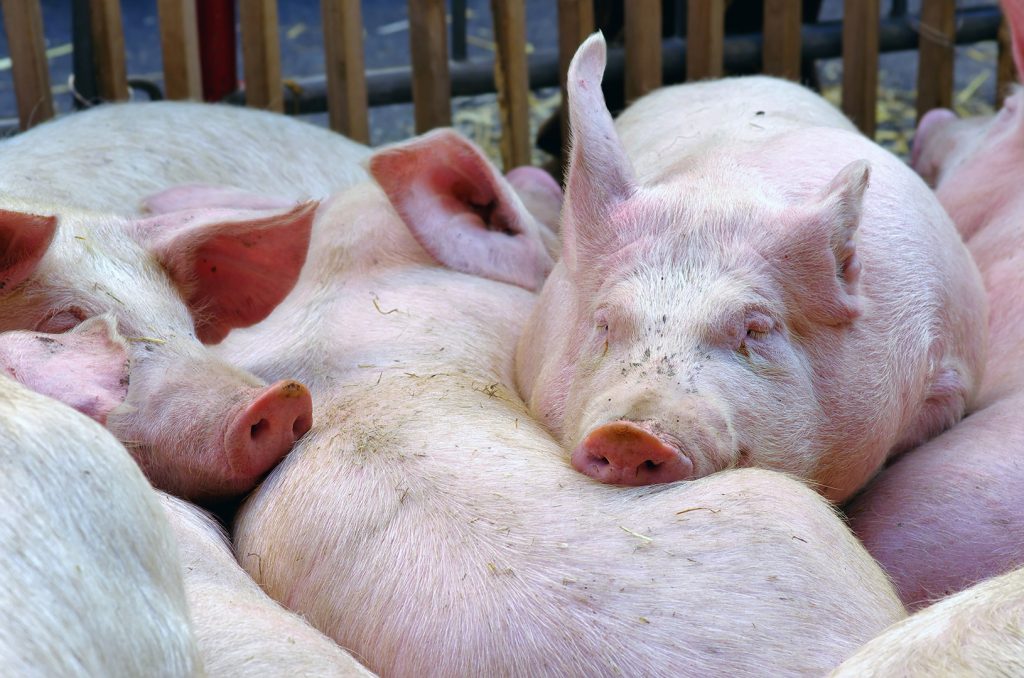 After testing 55 hog waste pits at 35 farms in North Carolina, regulators have discovered major discrepancies between the actual levels of toxic waste and those that have been self-reported. According to state regulations, hog farmers must mitigate the amount of air and water pollution generated by lagoons, or cesspits where hog waste is stored.

State regulators working with the department of environmental quality (DEQ) found levels of zinc and copper that went well beyond the levels reported by farmers. In some cases, zinc levels were 101,108 percent higher than what was initially reported.

Devon Hall, an anti-hog farm advocate working with Rural Empowerment Association for Community Help, had this to say: “This manipulation of data is an insult to the community members suffering from the industry’s continued use of the lagoon and spray field system.” He continued: “We demand real enforcement. The response to this slap in the face should be more than a slap on the wrist.”

North Carolina is a hot spot for hog waste. There are nearly 2,000 hog farms peppered throughout the state – many of these farms are located in or near poor communities of color. To give a sense of the state of affairs in North Carolina, it suffices to note that nearly 10 billion gallons of hog waste are generated every year – a number that supersedes the amount of human waste produced in the entire country of Germany.

To make matters worse, the contents of the lagoons are often sprayed onto the farms themselves. As a result, much of the waste becomes airborne and is carried to neighboring towns. Denizens are thus forced to live in a hellish landscape of unbearable odors. One resident, Rene Miller, has described her daily experiences in great detail to reporters at the Guardian. On her walks to the cemetery where much of her family is buried, she is confronted at once with the yawning blue sky and the nightmarish scent that she compares to “decomposition” or simply “death.”

Miller, who is around 66-years old, has been living in these conditions since the 80s, when she moved back home from New Jersey. Upon her arrival, she became asthmatic. Now, thanks to research put forward by Steven Wing, a professor at the University of North Carolina’s Gillings School of Global Public Health, there is evidence of a link between the aerated hog waste and the onset of asthma.

Wing, who is now deceased, described his conclusions in a 2014 study: “Air pollutants from the routine operation of confinement houses, cesspools, and waste sprayers affect nearby neighborhoods where they cause disruption of activities of daily living, stress, anxiety, mucous membrane irritation, respiratory conditions, reduced lung function, and acute blood pressure elevation.”

Aside from the many daily nuisances connected to the hog waste pits, there could be severe environmental harm to local water sources located near concentrated animal feeding operations (or CAFOs). One study found that such operations can lead to higher levels of nitrates and ammonia in streams near CAFOs. Ammonia and nitrates have been linked to algae blooms that build up in still-water areas and kill massive amounts of marine life. They have also been linked to a condition known as “blue baby syndrome,” which can be fatal.

Local residents in Duplin County have not sat idly by as major factory farms run by Chinese-owned Smithfields have wreaked havoc on nearby communities. Already, two federal lawsuits have yielded $75 million in damages, though it should be noted that the amount has been diminished thanks to stringent caps on punitive damages in the state. In one case, for instance, a $25.13 million award was reduced to $630,000.

A third federal lawsuit is expected to yield similar results.

On Friday 3/20/2020, in response to the COVID-19 pandemic, Governor Cuomo of New York issued Executive Order 202.8 which tolls the time limits for … END_OF_DOCUMENT_TOKEN_TO_BE_REPLACED