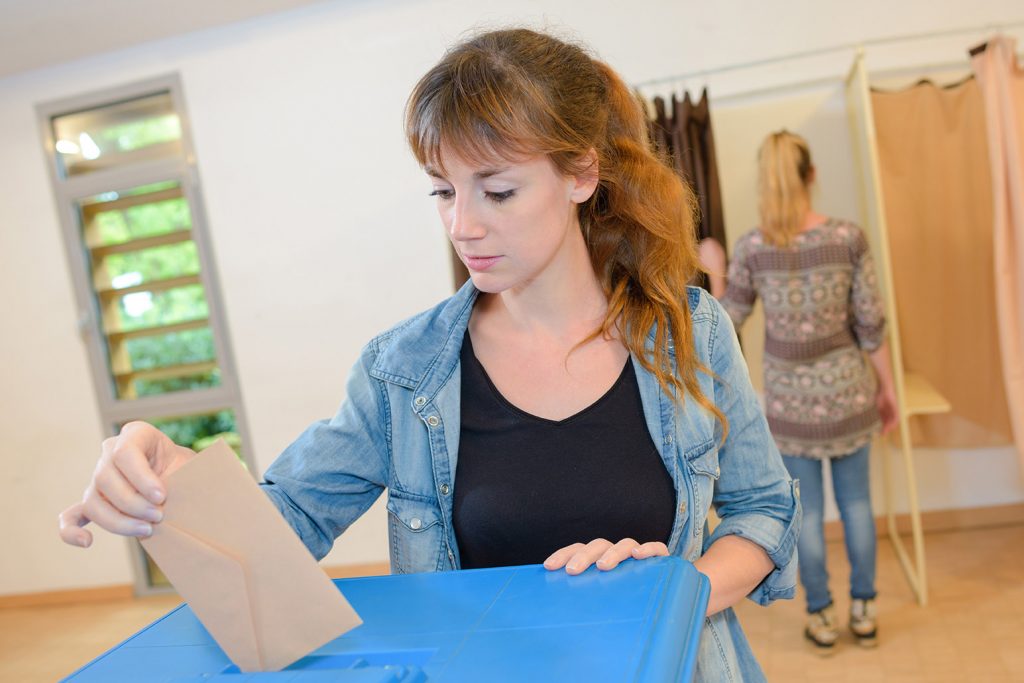 Donald Trump’s spurious claims that voter fraud robbed him of the 2016 popular vote have incited courts in conservative states to uphold Photo ID laws aimed at preventing those most likely to vote ‘Democratic’ from exercising their right to suffrage during the midterms and in the 2020 Presidential election.

Rather, civil rights advocates say Republican state legislators and packed courts are manufacturing “voter fraud” allegations that discriminate against the poor, minorities and the disabled–groups who might have let their drivers’ licenses or other legal documentation expire.

On May 8th, Oklahoma became the most recent state to require their residents to show Photo ID’s.

The Oklahoma Supreme Court ruled in an 8-0 decision–with one Justice recusing himself–that voters must provide their photos and legal documentation.

“The statute also allows voters to present ID cards issued by the county election board, or to cast a provisional ballot that would be counted after the person’s identity is confirmed following an election,” according to NBC News.

Voter Identification Laws in Effect in 2018

The following map – from the National Conference of State Legislatures shows the voter identification laws in effect in 2018. For more details and charts describing the law in specific states, please see the original article at www.ncsl.org. 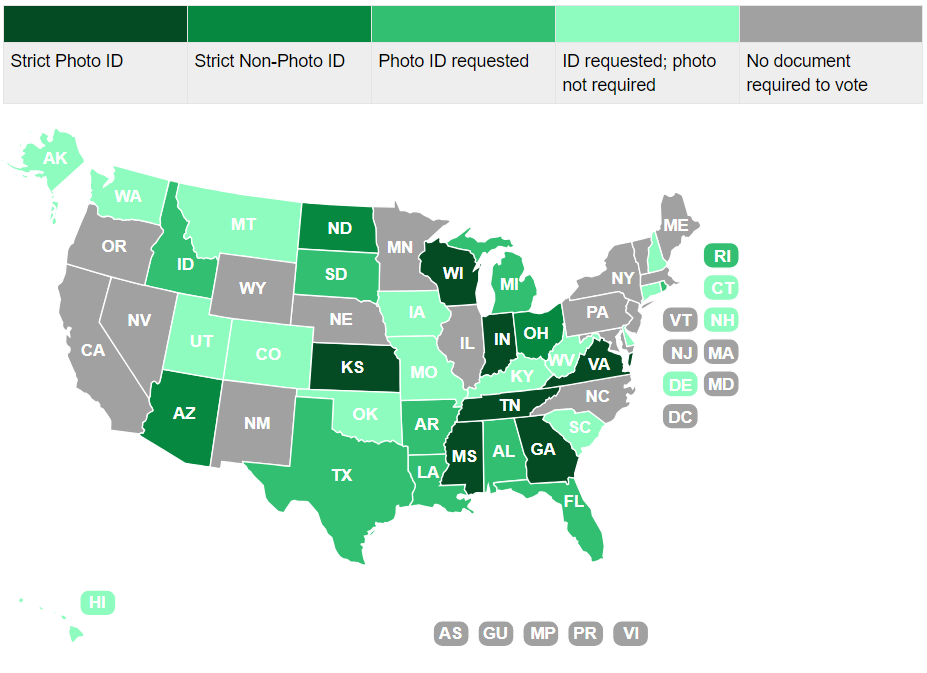 Image posted with permission from NCSL.

The Oklahoma Supreme Court decision strikes down the lawsuit brought by Delilah Christine Gentges of Tulsa, filed in 2012, claiming the Photo ID law “creates a new barrier for voters,” according to AP.

The court’s ruling affirmed there was no evidence of voter fraud in past Oklahoma elections, but the judge argued that does not mean the potential for fraud does not exist.

The Oklahoma High Court ruled that the so-called Oklahoma Voter ID Act is a reasonable procedural regulation to ensure that voters meet identity and residency qualifications and does not cause an undue burden,” on the plaintiff.

Tulsa attorney William Thomas, representing the plaintiff, said “any condition that affects the right of suffrage is unreasonable in our minds.”

“It’s a barrier to voting similar to the poll tax, which is unconstitutional.”

The voting rights issue is deeply divisive in Missouri, which passed a strict voter identification law in June, 2017, aimed at “combating voter impersonation”.

Opponents gathered at a voter education tour stop last June, challenged Missouri Secretary of State Jay Ashcroft to document the cases, but he said he had no hard numbers, according to the NBC News report.

Since Jan 1, Texas, Alabama, Arkansas and North Dakota have had voting laws in play.

However, it’s no surprise that Jeff Sessions threw his support behind the Texas legislators, who prevailed in passing a restrictive voting act that will result in excluding minorities from what President Obama called our “God-given Right to Vote”.

An Alabama Photo ID law was affirmed, while the law was struck down pending appeal in two states: Arkansas and North Dakota.

The Arkansas law is being enforced until an appeal can be heard and could be stalled until after the midterms, while Alabama’s and North Dakota’s less restrictive voting requirements are being challenged in appeals courts.

Les Gminski contributed to this article.

On Friday 3/20/2020, in response to the COVID-19 pandemic, Governor Cuomo of New York issued Executive Order 202.8 which tolls the time limits for … END_OF_DOCUMENT_TOKEN_TO_BE_REPLACED