You are here: Home / Politics / The Proliferation of Anti-Protest Laws 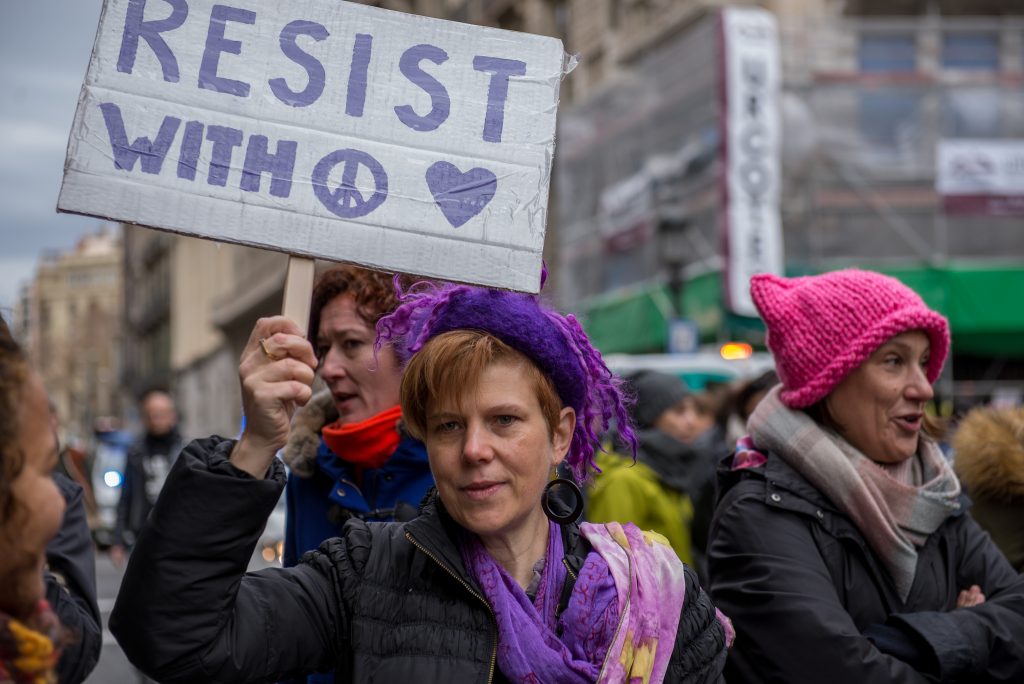 The events in Charlottesville have led to varied responses from every gradient of the political spectrum. The loudest and arguably most controversial response came from the very the top of the United States government. Following the protests, President Donald Trump stated that – in an event involving anti-Semitic, anti-Black, “free speech” neo-Nazi protesters – there was violence on “many sides,” failing at first to even mention the presence of the KKK and other hate groups. Then in a move, both baffling and unsurprising, Trump clarified his statement, saying that there was in fact “blame on both sides.” He said this despite the fact that a neo-Nazi, James Alex Fields Jr., drove a Dodge Challenger through a crowd of counter protesters, injuring 19 people and killing Heather D. Heyer – a woman described by her friends “as a passionate advocate for the disenfranchised who was often moved to tears by the world’s injustices.” Following the ghastly events in Charlottesville, recent legislative efforts to punish protesters like Heyer appear profoundly disconcerting.

Ever since the emergence of Black Lives Matter and, more recently, the election of Donald Trump, conservative state legislators have pushed for what can only be called anti-Protest laws. In January, after BLM protested the shooting of Philando Castile, Minnesota lawmakers pedaled a law that would have permitted city officials to sue protesters in order to subsidize the policing of demonstrations. That bill, which did not pass, was written specifically due to the presence of protesters on the interstate highways of the Twin Cities.

North Dakota proposed its own anti-protest bill in January. After talking with his mother who had driven through an anti-DAPL demonstration, Republican State Representative Keith Kempenich wrote a bill meant to remove liability from any person who “unintentionally” hit a protester. Since Kempenich introduced the bill, a rash of similar legislation (known by some as “hit and kill” bills) has been introduced in other red states, including Texas, North Carolina, Tennessee, Rhode Island and Florida.

In Tennessee, legislators were moved to write a similar bill after a person drove through a group of Travel Ban protesters in Nashville. Florida, Rhode Island and Texas have also toyed with the idea of introducing this type of anti-protest law. A bill that would have prevented protesters from suing drivers that hit them didn’t make it out of committee in Florida. And in Rhode Island, a similar piece of legislation has been put on hold while more information is gathered. Texas’ bill is working its way through committee.

Earlier this year, the Washington Post reported that 18 states have introduced some form of anti-protest legislation. In Arizona, for instance, Republican lawmakers put forth SB1142, which would have made it possible for police to seize the assets of any person involved in a protest that caused property damage. This means that even if a person from the other side broke a window, every protester involved in the event would be subject to a potential seizure of assets. According to the Arizona Capitol Times, Speaker J.D. Mesnard said he wouldn’t consider a bill that restricts the freedom to assemble, rendering the legislation essentially dead.

To justify these bills, legislators have turned to some rather specious claims. There are some who have argued that certain protesters are paid (specifically by George Soros) to be an interruptive force. This claim has been largely discredited.

On the whole, as Lee Rowland told the Washington Post, it’s doubtful whether these bills will make it through their respective legislatures. However, South Dakota lawmakers have already passed SB 176, prohibiting “any group larger than twenty persons from congregating upon any tract of land under the supervision of the commissioner of school and public lands.” Additionally, that bill also gives the Department of Transportation the ability to write a rule preventing anyone from stopping traffic on the highway. And in North Dakota, where water protectors attempted to stop the building of the Dakota Access Pipeline, a whole slew of anti-protest bills (HB 1239, SB 2302, HB 1426 and HB 1304) have been passed.

Those in favor of the freedom of assembly hope that the legislative efforts in the Dakotas don’t sweep across the nation.

In 2019, there were at least 2,506 cases of vaping-related lung injury (EVALI) in the U.S., according to the U.S. Centers for Disease Control and … END_OF_DOCUMENT_TOKEN_TO_BE_REPLACED