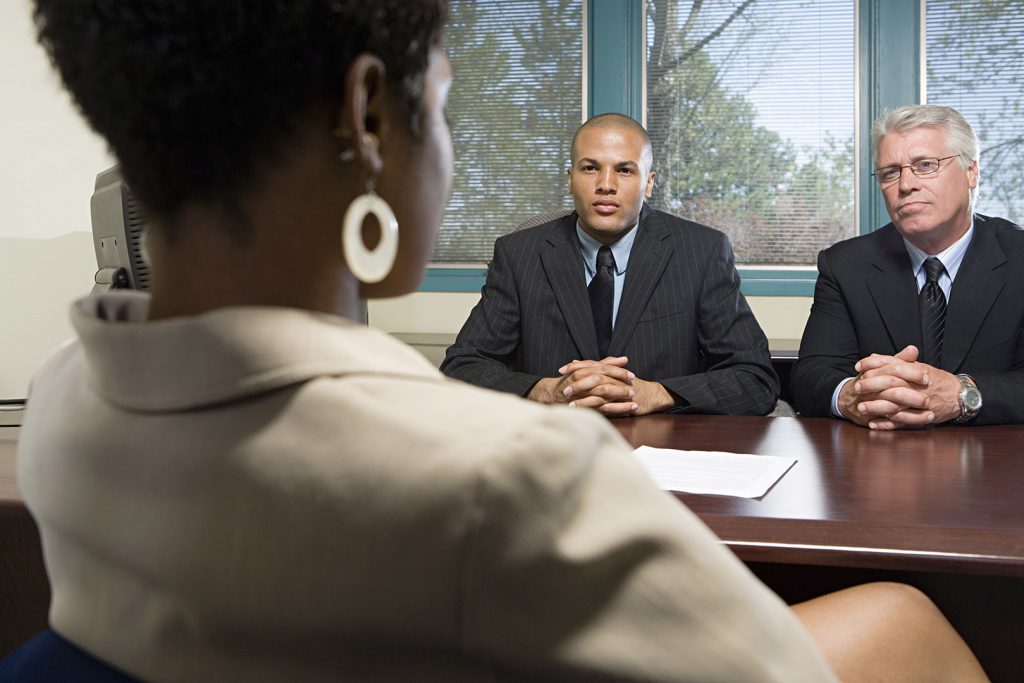 Like most American institutions, the legal community is still struggling with a centuries-long legacy of racism and sexism. For the longest time, the legal profession was – quite literally – a boys’ club. Even today, the very top firms are still dominated by white men.

And as Faulkner once wrote, “The past isn’t dead. It isn’t even past.” This legacy of institutional racism and sexism resonates to this day, as women and lawyers of color face significant obstacles as they try to establish themselves in the profession.

A new report commissioned by the American Bar Association finds that discrimination is still very much a fact of life in the legal community.

The report, entitled “You Can’t Change What You Can’t See: Interrupting Racial and Gender Bias in the Legal Profession,” was written for the ABA’s Commission on Women in the Profession and the Minority Corporate Counsel Association.

The report was compiled from more than 2,800 responses to a 2016 survey. As the report states, “The survey asked respondents whether they had experienced the patterns of gender and racial bias that have been documented in decades of experimental social psychology studies.”

The answer? An overwhelming “yes.”

25% of women said they had experienced sexual harassment on the job, and 70 percent said they had dealt with sexist comments or jokes.

Perhaps these findings aren’t surprising – only 9.2 percent of partners at 300 surveyed law firms identified as minorities in a survey conducted earlier this year.

Still, the predictability of the responses doesn’t make them any less depressing. The ABA report documents both structural/institutional shortcomings and acts of personal discrimination – many law firms simply don’t have established structures and procedures to recruit and nurture diverse talent, and even in firms where minorities successfully do find work those lawyers are often subject to outright discrimination and harassment by associates and superiors.

Young associates at high-powered law firms all have to work long hours and perform the kind of tedious legal scut work that makes important litigation possible. But while those early years aren’t easy for anyone, there’s no doubt minority attorneys face particular difficulties.

And those difficulties are exacerbated when a female lawyer tries to balance career with motherhood – more than 55% of white women reported that having kids affected their colleagues’ perception of their professional competence.

Furthermore, women are under particular pressures in courtroom situations. In an adversarial system, attorneys are expected to be vigorous and confident advocates for their clients. But behavior that, in male attorneys, is seen as decisive representation can easily backfire on women, who are expected to avoid infringing on the egos of judges, jurors and even opposing counsel. This makes it exceedingly difficult for women to navigate the treacherous waters of the courtroom, and doing so is usually a necessity for career advancement.

Notably, it makes clear that one-off sensitivity training sessions or diversity workshops aren’t sufficient to address the long-standing shortcomings within the legal profession. Instead, firms need to commit to taking concrete actions and follow through on them for the long haul.

There’s no doubt these are long-term propositions for individual firms and the legal community as a whole. However, they’re important – lawyers, after all, often end up making and interpreting laws, and that means there are serious consequences for the broader society when the legal profession is overwhelmingly white and male.

On Friday 3/20/2020, in response to the COVID-19 pandemic, Governor Cuomo of New York issued Executive Order 202.8 which tolls the time limits for … END_OF_DOCUMENT_TOKEN_TO_BE_REPLACED