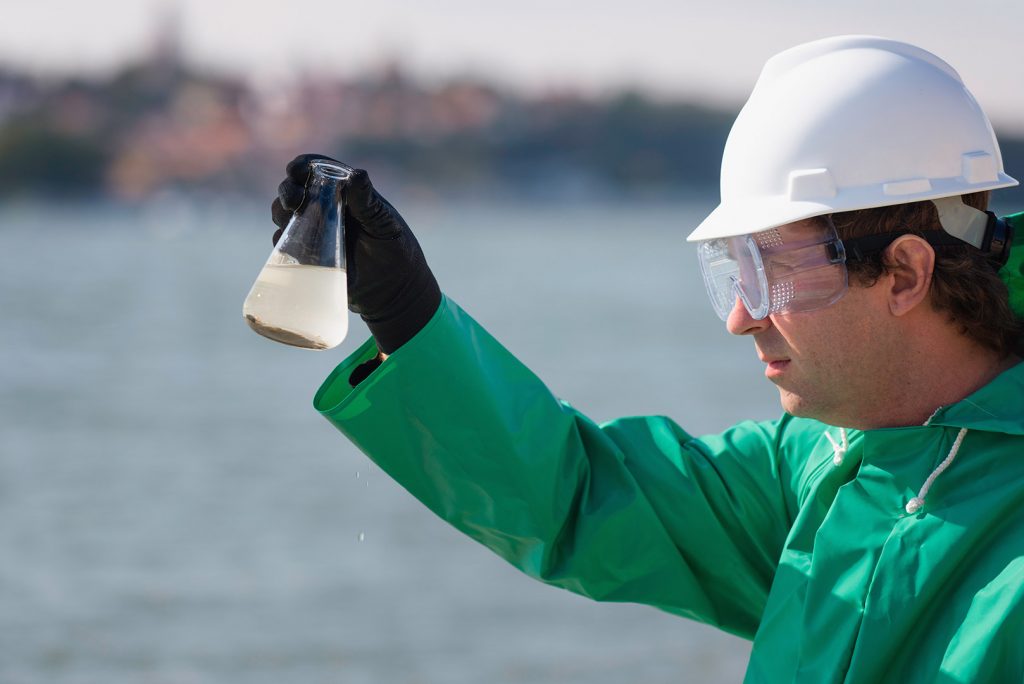 A new US Geological Survey study found that water treatment centers receiving waste water from pharmaceutical facilities tend to have much higher levels of drugs than other treatment plants. The study is one of the first national studies of its kind, offering more evidence that pharmaceutical drugs are ending up in our water sources. Jose Lozano, a scientist who was not affiliated with the study, told EHN that this phenomenon is all too common. He added that one effective way of remediating this problem is to allow the treatment process to go on a little longer.

Most treatment centers work by using microorganisms to help break down and remove organic material from the water. “The more time you allow it to spend in the system, you decrease the number of emerging contaminants,” said Lozano. The problem, according to Lozano, is that this added time could cost municipalities a lot of money. The same is true for alternative methods, such as those employed in Europe, where some treatment centers use ultraviolet light to clean the water. “If we were to implement that in the U.S., it would take a massive investment to solve the problem,” said Lozano.

An economical solution has yet to be found, but the stakes are rising as water contamination becomes a bigger concern. According to the study, in at least one water treatment plant, scientists found an anti-fungal drug at much higher levels – 3,000 times higher – when compared to other facilities that don’t accept pharmaceutical water. As noted by Lozano, water treatment centers are not equipped “to treat these type[s] of compounds.”

With very few scientific studies, it is difficult to determine what the environmental health effects of this contamination might be. In animal tests conducted by the US Geological Survey, scientists found that drug cocktails in the water can have serious effects on marine wildlife. For instance, fish can become feminized; endocrine systems may be disrupted; reproductive cycles might be affected; and liver sizes can change. Those tests involved a number of opioid pain relievers, muscle relaxants and anti-depressants.

In the more recent study, which was led by physical scientist Tia-Marie Scott, researchers looked for 120 drugs and related compounds, finding 33 drugs in water treatment centers near drug makers. Moreover, the scientists studied 13 water treatment plants near pharmaceutical facilities and six plants not near such facilities.

Echoing Lozano, Scott lamented the lack of infrastructure to deal with this problem: “Modern wastewater treatment plants mostly reduce solids, and reduce bacteria. They were not engineered to deal with complex compounds.” Scott continued, “There’s a lot of variability,” adding, “Some drugs stayed steady, while others pop up seasonally, like some drugs during flu season, for example.”

Scientists found all sorts of drugs in the tested water, including:

Several drugs were discovered at concentrations hundreds of times higher near pharmaceutical facilities than at other plants. In one case, bupropion, the active ingredient in the anti-depressant Wellbutrin, was found at levels 452 times higher in plants near drug facilities than in other water treatment centers.

The US Geological Survey is the latest in a series of tests going back at least 15 years. Even before that – more than 30 years ago – scientists found levels of pharmaceutical waste in treatment centers. But it took until the 1990s, when fish began to feminize as a reaction to estrogen in the water, that scientists (and society at large) began to take interest.

Dana Kolpin, a hydrologist for the US Geological Survey, remarked on the recent surge of papers coming out of India. “We were seeing papers actually coming out of India, where they were seeing astronomically high concentrations [of pharmaceuticals].” Kolpin remains a bit pessimistic about the possibility of fixing this problem. Any catchall solution, according to Koplin, is “pie in the sky.” In the end, scientists may have to figure out which drugs are most dangerous and go after them first.

On Friday 3/20/2020, in response to the COVID-19 pandemic, Governor Cuomo of New York issued Executive Order 202.8 which tolls the time limits for … END_OF_DOCUMENT_TOKEN_TO_BE_REPLACED