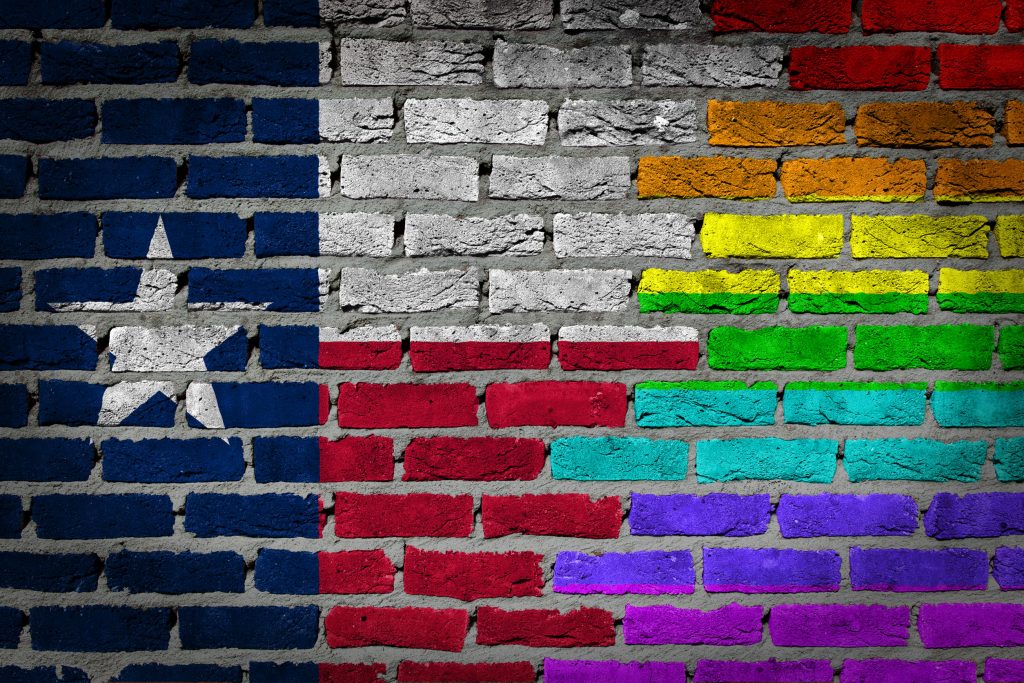 Two city residents filed suit against the city in 2013 and won, resulting in an injunction on Houston’s same-sex marital benefits. But in 2015, after the US Supreme Court ruled in favor of gay marriage, a Texas appeals court reversed the injunction. Then, after first refusing to hear the case, the Texas Supreme Court decided in favor of the plaintiffs this past June. That decision has been cause for concern for gay rights advocates.

One of the major problems in Pidgeon – aside from the obvious social justice issue – is its selective interpretation of the underlying Supreme Court ruling, Obergefell v. Hodges, which in 2015, legalized same-sex marriage on the federal level. As observed by Dale Carpenter, a constitutional law professor who co-authored an amicus brief for Pidgeon, the Court’s contention that Obergefell says nothing of marital benefits – and that it merely requires states to “license and recognize” same-sex marriages – disregards large swaths of text from the original decision.

One section of Obergefell unambiguously protects same-sex couples’ access to marital benefits: “Were the Court to stay its hand to allow slower, case-by-case determination of the required availability of specific public benefits to same-sex couples, it still would deny gays and lesbians many rights and responsibilities intertwined with marriage.”

Thus, Carpenter wrote in his amicus brief, “Obergefell specifically challenged the exclusion of married same-sex couples from certain benefits and rights made available to all opposite-sex married couples, making marital benefits a key component of Obergefell.”

The Texas Supreme Court also argued that the state law defining marriage as strictly heterosexual was not stricken by Obergefell. This, Carpenter noted, is an absurd argument, as Obergefell found four identical laws to be unconstitutional. Additionally, the Texas court already decided, in McKinney v. Blankenship, that this kind of reasoning is “so utterly without merit that we overrule it without further discussion.” That was in 1955 on the heels of Brown v. Board of Education, when two Big Spring residents argued that since the state’s segregation laws had not been brought before the highest court, certain Texas schools could remain racially segregated.

There was something odd about Pigeon from the moment the state’s Supreme Court accepted the case. As reported by KUT, the court refused to hear arguments at first. Then politics came into play. Governor Greg Abbott, Lt. Governor Dan Patrick and Texas Attorney General Ken Paxton submitted an amicus brief asking the state’s high court to provide the following instruction: “While Obergefell obligates the State to grant and recognize same-sex marriages, it does not bind state courts to resolve all other claims in favor of the right to same-sex marriage.” Needless to say, the Court obliged.

Charles “Rocky” Rhodes, professor of law at South Texas College, spoke to KUT about the friend-of-the-court brief. “The governor’s brief never explains how, in any way, shape or form, the city of Houston doesn’t have the obligation now to provide these benefits… They just make some grand legal theory points without actually applying it to this particular case,” said Rhodes.

Thus, it appears, the amicus brief was a catalyst for Texas Justices, who face elections every six years.

The Court’s ruling will have no effect on the current state-of-affairs for the time being. Same-sex couples will continue to receive marital benefits in Houston.

The Texas Supreme Court remanded the case to a trial court, which will reconsider the previously overturned injunction. However, the defendants could decide to appeal to the US Supreme Court, which according to Carpenter, is a strong possibility.

One possible way forward is captured by the rallying cry of Sarah Kate Ellis, President of the LGBTQ organization, GLAAD: “In the age of the Trump Administration, which continues to systematically erase LGBTQ Americans from the fabric of this nation, the LGBTQ community and our allies must remain visible and push back harder than ever against attacks on acceptance.”

On Friday 3/20/2020, in response to the COVID-19 pandemic, Governor Cuomo of New York issued Executive Order 202.8 which tolls the time limits for … END_OF_DOCUMENT_TOKEN_TO_BE_REPLACED