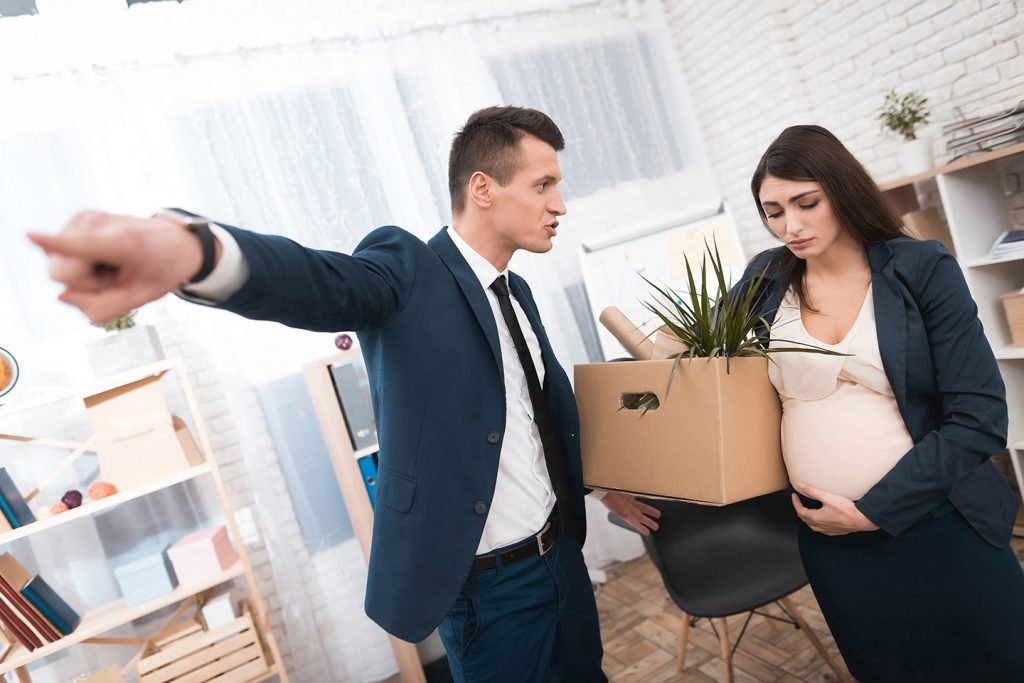 Katia Hills and Cynthia Allen filed a class action lawsuit this month, representing all low-level female employees at the company, where workers are assigned points for lateness, absences and other related infractions. Thanks to this system, one plaintiff was punished for getting medical attention related to her pregnancy, and another plaintiff put forward similar allegations, saying the company gave her points after she had to help her ailing son. Hills and Allen are not alone, as women throughout the US have suffered retaliation at work because of pregnancy.

This system, known as a “no-fault” policy, has been implemented by a number of large corporations. Under the point system, employees who miss a day of work without authorization are given demerits. It doesn’t matter whether they have a reason; the demerits are distributed blindly.

Hills spoke out about the blatant discrimination at AT&T, having been fired just two days after returning from maternity leave due to two demerits received during her pregnancy, which caused her a lot of distress and nausea. “When I decided to bring a child into this world, the company asked me to choose between my job and having a safe pregnancy,” she said. “The attendance policies are too rigid for women whose bodies are undergoing so many changes.”

The suit alleges that the no-fault policy at AT&T violates the Pregnancy Discrimination Act of 1978, which precludes unequal treatment of pregnant employees. Specifically, the act states, “[W]omen affected by pregnancy, childbirth, or related medical conditions shall be treated the same for all employment-related purposes, including receipt of benefits under fringe benefit programs.”

This federal statute, clear as it may seem, has been subject to some dispute. The scope of the law, for instance, isn’t entirely clear. Though many litigators would agree that the law covers pregnancy-related matters such as lactation, it’s more difficult to say whether a denied promotion several years after maternity leave would be prohibited by the law. The more delayed the action, the harder it is to link it to the pregnancy.

But alas, pregnant women may suffer retaliation throughout their career. After catching wind of the pregnancy, some employers might assume the employee is less devoted to her career. This can lead to stagnating salaries, missed promotions and even demotions or terminations – such as with Hills.

A report, entitled “Caregivers in the Workplace,” written by Cynthia Thomas Calvert, outlines two primary forms of pregnancy discrimination in the workplace.

Another related phenomenon, known as second child bias, occurs when an employee has a second child, which induces employers to treat the female worker differently. In some cases, bosses will be rude to the formerly pregnant worker, asking her to stay home with her children. Sometimes employers will even fire the employee, assuming that two children preclude further commitment to the job.

Female employees shouldn’t have to fear for their livelihood after becoming pregnant. Statutes like the PDA and other similar state laws are vital for preventing such behavior. To that end, South Carolinian legislators have passed a law that will secure pregnant women the right to go to work if they want to, as some employers have taken it upon themselves to stop pregnant women from doing so, regardless of their wishes.

Looking ahead, the federal lawsuit filed by Hills and Allen could go a long way in helping female workers around the country who may feel powerless against major corporations.

On Friday 3/20/2020, in response to the COVID-19 pandemic, Governor Cuomo of New York issued Executive Order 202.8 which tolls the time limits for … END_OF_DOCUMENT_TOKEN_TO_BE_REPLACED