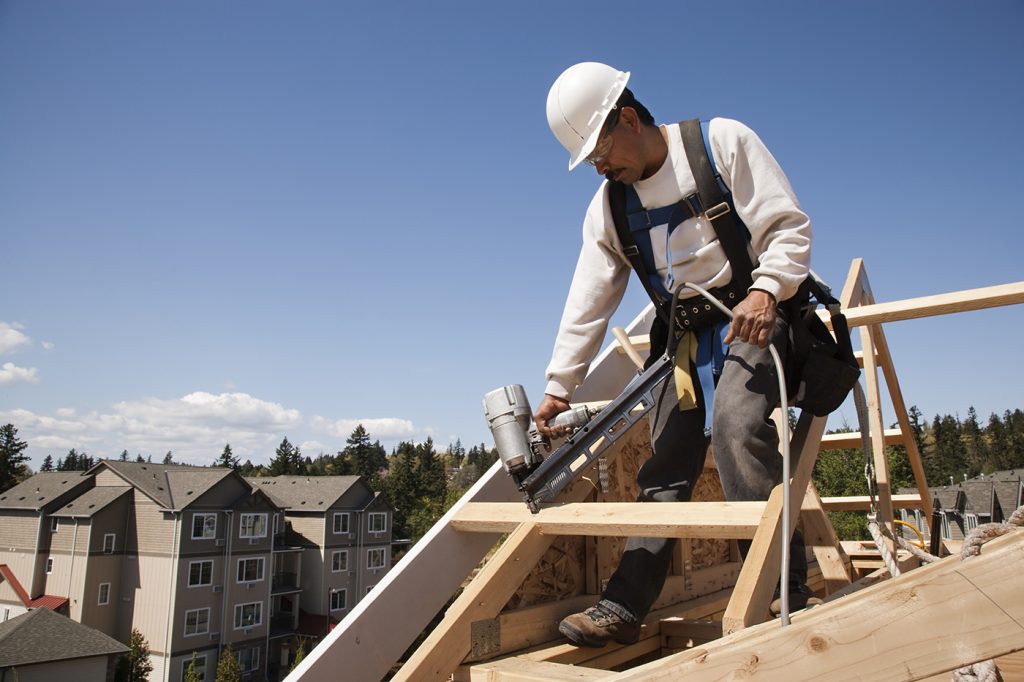 The 2007-8 recession caused a serious dip in many sectors of the US and World economy, but one of the hardest hit sectors was the home construction industry. According to data from the Bureau of Labor Statistics (BLS), Nevada employed nearly 146,000 construction workers prior to the recession. By 2015, that number fell to 63,000. Nevada wasn’t the only state to see a major reduction in construction employment. In Florida, employment in that field fell by 40 percent. Similarly, in Arizona – another state hit hard by the housing crisis – the number of construction workers decreased by 50 percent. And in California, there was a 28 percent reduction in construction employment. Now, there’s reason to believe, the social and economic policies of the Trump administration have aggravated (and will continue to aggravate) this state of affairs.

According to a report published by Bloomberg, Trump’s border-fixation could be behind the doubling in the cost of building framers. Builders in Atlanta have reported that just last year the going rate for framing a new home was $3.25 a square foot. Now it’s twice as much for the same labor. Why? Well, for one, Trump’s immigration policy has been behind the 145 percent spike in arrests of noncriminal immigrant workers who, lacking documentation, have been taken out of the workforce. That fact, in combination with xenophobic immigration policies, has caused a reduction in the immigrant labor force. A reduction in the immigrant labor force means fewer workers in jobs usually filled by foreign nationals. This means that construction contractors can ask for more money due to the lack of competition.

“They can ask anything,” Jim Brown, of Atlanta, told Bloomberg. He continued, “There aren’t enough of them left.” In fact, according to a survey conducted by the National Association of Home Builders (NAHB) in July, 85 percent of builders said there weren’t enough subcontractors and 77 percent reported a shortage in direct labor. These numbers reflect an increase in reports of labor shortages relative to last year.

With the rise of labor costs, comes the rise of home prices. It used to cost $9,750 to build a 3,000 square-foot home. Now, it costs $18,000 to build the same house and this means fewer homes are getting built. According to Brown, in a six-month timeline, the number of homes being built has been cut in half.

The problem can only get worse, or at least that’s what Mark Boud, an economist working for Metrostudy, told Bloomberg: “We expect costs to continue to rise and that this will not slow down next year, as new immigration policies are approved and implemented.”

One such policy was introduced in early August. The Reforming American Immigration for a Strong Economy (RAISE) Act, which gained the support of Trump and his advisor Stephen Miller, would seek to reduce the number of annually distributed green cards by more than half – from over 1 million to around 500,000. Though it’s doubtful this particular bill will receive the 60 votes necessary for cloture, the legislation could point to a dismal future for immigration in the US. And that dismal future could signify a related downturn in the economy.

The issue is augmented when one considers Trump’s decisions regarding trade. In April, Trump proposed a 24 percent duty on Canadian Lumber, a move that appeared to be punitive in nature, since it followed on the heels of a dispute over dairy exports. Leading up to the decision, which will be finalized by the Commerce Department in November, previous administrations have claimed that the Canadian government has been partially subsidizing its softwood lumber industry – a move deemed unfair since it allegedly hurts American industries. However, an NAHB study found that a 15 percent tax on Canadian lumber could result in a 4.2 percent increase in home prices and 4,666 fewer full-time jobs in the US.

According to the Bloomberg report, the “economic nationalism” of the Trump administration – that is, the policy of cutting off trade in the name of domestic production – will most likely lead to increases in the cost of labor and construction parts. And the promise of more jobs will very likely turn out to be a red herring.

On Friday 3/20/2020, in response to the COVID-19 pandemic, Governor Cuomo of New York issued Executive Order 202.8 which tolls the time limits for … END_OF_DOCUMENT_TOKEN_TO_BE_REPLACED