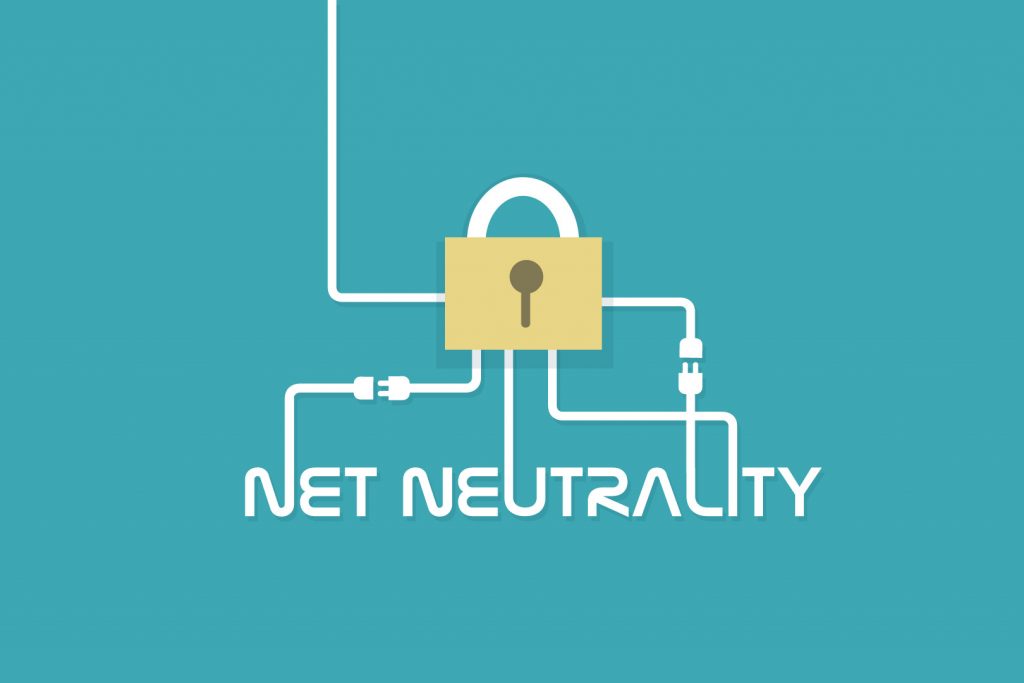 The Obama Administration’s net neutrality laws were solidified in 2015, but after Donald Trump appointed Ajit Pai Chairman of the Federal Communications Commission (FCC) in 2017, those rules were rolled back.

Net neutrality laws require all Internet service providers (ISPs), like Comcast, Verizon, AT&T, and Time Warner, to treat all Internet content equally. For example, ISPs are not allowed to slow down competitors’ websites. Under net neutrality, access to any and all websites must be provided at equal levels. Additionally, ISPs are prohibited from offering “fast lane” plans, which would provide customers the opportunity to pay for faster access to certain websites.

Net neutrality became a topic of contention after Trump appointed conservative pundits to lead the FCC. Ajit Pai, the current Chairman of the FCC, was appointed to the Commission in 2012, but President Trump appointed him Chairman.

Prior to being appointed to the Commission, Pai served as in-house counsel for Verizon. He’s long been a proponent of repealing net neutrality laws and, with the assistance of a Republican administration, he was successful in rolling back the requirements in December 2017.

The timeline of the court case can be confusing since it dates back to before Donald Trump was even elected President.

The United States Supreme Court just last week declined to even consider the case, which means that the ruling by the U.S. Court of Appeals is final and that the net neutrality laws were put in place legally and they are enforceable. Many may argue this ruling is irrelevant since the Republican-led FCC under President Trump has since rolled back the net neutrality laws. Proponents for net neutrality, however, argue that the Supreme Court’s denial is highly relevant as they fight to prevent the FCC from dismantling those laws.

The midterm elections, some of which are still being decided, also have an effect on the fight over “Internet Freedom,” as the current FCC likes to call it. The Congressional Review Act (CRA) provides Congress the ability to pass a resolution that would reverse the 2017 FCC’s rollback of net neutrality laws. Thus, the fact that Democrats now control the majority in the House of Representatives opens the door for this to be accomplished. The resolution would still need the approval of the Senate, in which the Republicans still hold the majority, but back in June the Senate did pass the same measure, so it is possible.

While the Supreme Court’s decision doesn’t come close to ending the fight over net neutrality, it does provide ammunition for proponents to use in their efforts to prevent the FCC from repealing those laws. The combination of the Supreme Court’s ruling – or lack thereof – with the new Democratic majority in the House could be the perfect storm for proponents to be successful in their quest.

On Friday 3/20/2020, in response to the COVID-19 pandemic, Governor Cuomo of New York issued Executive Order 202.8 which tolls the time limits for … END_OF_DOCUMENT_TOKEN_TO_BE_REPLACED