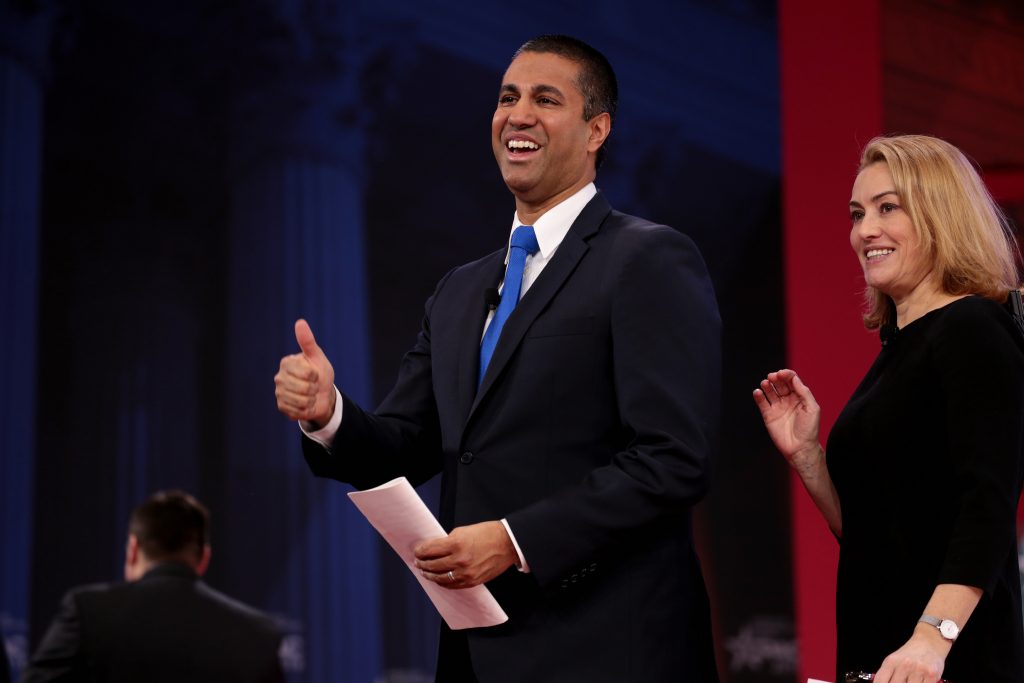 In December, the Federal Communications Commission (FCC) voted down an Obama-era regulation that requires internet service providers – such as Comcast, Verizon and AT&T – to treat all internet data in the same way. Specifically, the repealed rule defines ISPs as Title II entities, subjecting them to the same regulations as telephone companies and other public utilities.

It wasn’t long after President Trump named Ajit Pai Chairman of the Commission that the FCC ended net neutrality and removed the fetters from major corporations, who without Title II regulations could become gatekeepers of the World Wide Web. Now, with the absence of John McCain, Senate Democrats are poised to reverse the Commission’s decision, having forced a vote that is scheduled for May 16th.

Republican Senator Susan Collins (of Maine) and two independent Senators are expected to join the 47 Democrats in favor of the resolution. Without Senator McCain, Democrats could land a major victory with a slim majority of 50-49. In an ironic twist, Democrats will employ a tactic used by Republicans last year to pass deregulatory measures with a simple majority.

Using the Congressional Review Act (CRA) – enacted in 1996 but rarely used until last year – Senators and Congressional Representatives can, with a simple majority, repeal regulations that have been passed within the last 60 legislative days. Once regulations are repealed via the CRA, “substantially similar” rules cannot be written in the future. After Trump’s inauguration, Congressional Republicans used the CRA to roll back at least 16 Obama-era regulations, but now the GOP may have to take a taste of its own medicine.

Of course, even if the resolution passes in the Senate, Democrats will have a hard time pushing it through the House, where they face steeper odds, and if the measure winds up on the President’s desk, it’s unlikely he’ll give a signature.

Failing a Congressional coup, the FCC’s repeal of net neutrality (entitled “Restoring Internet Freedom”) will commence on June 11th, according to an announcement from the office of Chairman Pai. In his press release, the Chairman depicted the new order as manifest destiny – a brave new world: “On June 11, we will have a framework in place that encourages innovation and investment in our nation’s networks so that all Americans, no matter where they live, can have access to better, cheaper, and faster Internet access and the jobs, opportunities, and platform for free expression that it provides.”

There are many who’d beg to differ with Chairman Pai. The organization, Battle for the Net, has pushed for an all-out salvo of phone calls. So far, according to its website, Battle for the Net has recorded 1.5 million phone calls and over 16 million emails directed at Capitol Hill. That’s in addition to over 500,000 text messages, 8,000 websites “sounding the alarm,” and over 5,600 businesses supporting the CRA resolution. Those numbers are continually rising.

After Pai announced the rescission in December, 18 state Attorneys General joined together to call out the Commission for its questionable use of public comments. According to a letter sent to the Chairman, “A careful review of the publicly available information revealed a pattern of fake submissions using the names of real people.” This, the AGs suggested, “is akin to identity theft on a massive scale.” New York Attorney General Eric Schneiderman, for his part, threatened to sue the FCC for its allegedly unscrupulous oversight.

For those wishing to resist the imminent end of net neutrality, there are a number of tools available to you. VentureBeat has listed many of these tools, arguing that anyone who believes in a truly free internet should contact their Senator. You can use, as mentioned, Battle for the Net, or you can opt to use ResistBot, which offers methods of composing social media messages and sending faxes to representatives in Congress.

Of course, there is always the old-fashioned telephone call. Just look up your Senator on Google and locate their official page, where you should find a relevant phone number. And in anticipation of the House Resolution, you may want to call your Representative in the House as well.

What This Means for You

Ultimately, an end to net neutrality means more control for ISPs, who would enforce paid prioritization for internet users. This means, under the FCC’s Restoring Internet Freedom Order, you could end up having to pay more money to gain uninterrupted access to websites that are currently equally accessible to everyone with an ISP. Republican US Representative Marsha Blackburn has compared this situation to TSA Precheck lanes.

On Friday 3/20/2020, in response to the COVID-19 pandemic, Governor Cuomo of New York issued Executive Order 202.8 which tolls the time limits for … END_OF_DOCUMENT_TOKEN_TO_BE_REPLACED