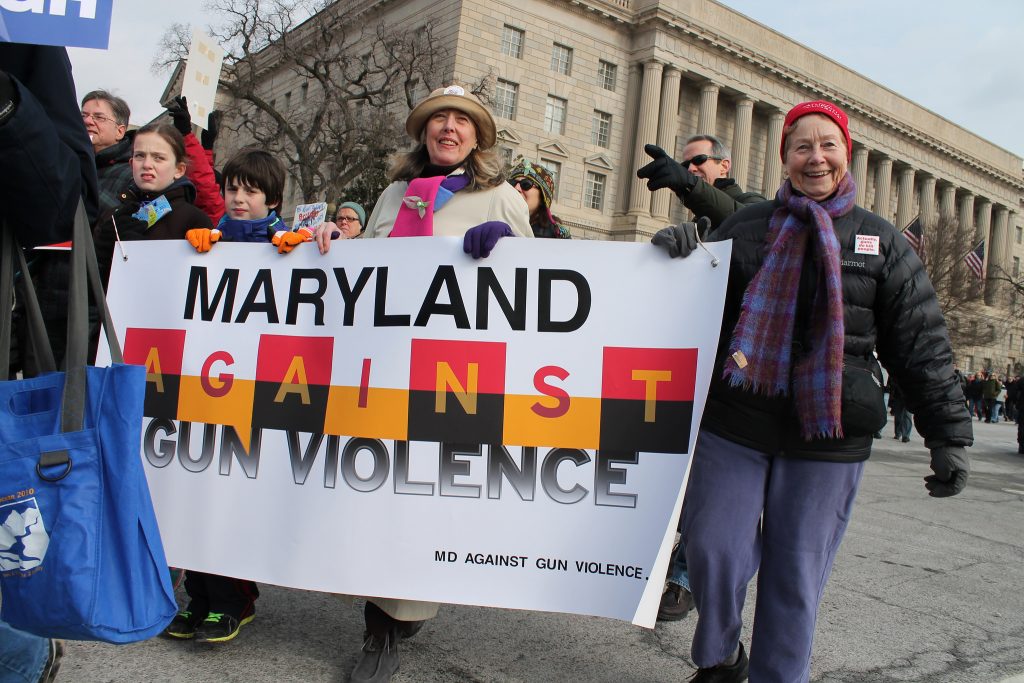 Following to tragic shooting in Parkland, Florida, the country has been in a state of flux, with several states and the US government proposing measures that would ban bump stocks. High school students from around the US have been calling for such changes, seeking to greatly diminish the epidemic of mass shootings and the pervasive violence that persists in cities throughout the country.

At the end of April, Governor Larry Hogan signed several measures pertaining to gun regulations. Most notably, with a stroke of a pen, he banned, once and for all, the use or possession of bump stocks, a device that makes semi-automatic weapons behave like their automatic counterparts.

And in the federal government, the Justice Department surprised us all in March, when it proposed a rule that would effectively ban the “gun-enhancing” device.

The banning of bump stocks has been on the agenda of gun control activists for some time. The rage reached its zenith after a gunman in Las Vegas used bump stocks to fire over 1,000 rounds into a crowded lot, where a music festival was taking place. The man killed 58 people and wounded a number of other concert goers.

Despite the vicious evidence, NRA supporters have come out to admonish politicians in Maryland for instituting such a ban. According to them, it amounts to a violation of second amendment rights. Mark Pennak, who heads up the guns rights group, Maryland Shall Issue, put it this way: “[The law] seizes lawfully owned, lawfully purchased, lawfully possessed personal property.”

Hogan signed another law that worries people like Pennak. The so-called “red flag” law permits officers or family members to confiscate weapons from people who might harm themselves or others. Governor Hogan also signed a third law, which requires people convicted of domestic abuse to show that they do not own a weapon. Pennak worries that these laws will be taken advantage of by the police and other dominant parties: “I’m disappointed at the governor signing these two bills – the ‘bump stock’ bill and the so-called Red Flag’ bill,” he said, continuing, “because they’re not going to fix [crime] and they’re going to be abused.”

The Governor of Maryland, a Republican seeking re-election next term, took a different view, praising the new measures: “[These are] common sense bipartisan measures that will keep guns out of the hands of the mentally ill and those with criminal backgrounds.” Hogan also signed laws that provide further funding to public health programs and that set up gun-violence prevention programs in communities throughout the state.

Following hard on the legislative push in Maryland, Connecticut lawmakers have passed their own bump stock ban, and Governor Dannel P. Malloy has indicated that he has every intention of signing it into law. The measure passed with overwhelming bipartisan support. In the state Senate, it went through with a vote of 26-10, and in the Connecticut House of Representatives it passed by a landslide (114-35).

Malloy made his position clear in a statement: “I have yet to hear one legitimate reason why anyone needs to own a device that can fire 90 bullets every 10 seconds.” The new law makes it a Class D felony to possess a bump stock. That means anyone caught with one could go to prison for at least five years.

States and cities throughout the US have passed such bans, anxious that the federal government might fail to do anything. States like New Jersey and Massachusetts, have instituted this type of ban, and so have cities such as Denver and Columbia, South Carolina. Zach Elmore, whose sister was wounded the day of the Las Vegas shooting, spoke out about the movement: “Hopefully it’s the start of a big movement versus just a flash in the pan,” he said, continuing, “Obviously you cannot legislate (against) evil, but you can legislate the things with which bad people will use to perpetrate evil.”

The federal government, for its part, may actually do something to prevent the sale of bump stocks. AG Jeff Sessions, a proponent of Second Amendment rights, issued a statement in March, announcing the department’s decision to define bump stocks as machine guns. This would amount to an effective ban on the device. The proposed rule is now subject to 90 days of public comments.

On Friday 3/20/2020, in response to the COVID-19 pandemic, Governor Cuomo of New York issued Executive Order 202.8 which tolls the time limits for … END_OF_DOCUMENT_TOKEN_TO_BE_REPLACED