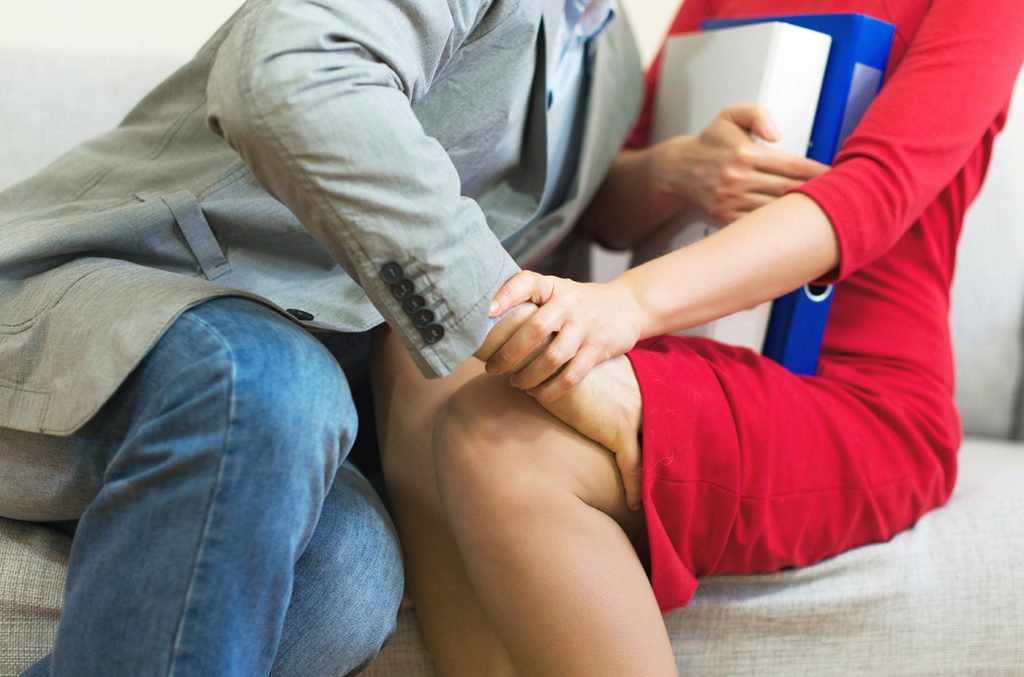 Mandatory arbitration clauses have been a sore spot for a lot workers and consumers in recent years. When these provisions are included in contracts, they preclude the possibility of taking a complaint to court and force claims into black-box arbitrations.

Funneling claims into closed-door arbitration serves the interests of corporations in at least three ways:

Given these facts, arbitration clauses are particularly problematic when it comes to sexual harassment claims, as victims of harassment (mostly women) are kept from going public about their experience. Victims also face steeper odds in private arbitration. This state of affairs tends toward a perpetuation of harassment as opposed to its ultimate cessation.

So what’s being done to combat this problem? For starters, a bipartisan group of legislators has introduced a bill that would once and for all put an end to forced arbitration of sexual harassment claims. The measure, aptly titled the Ending Forced Arbitration of Sexual Harassment Act, would “prohibit […] a pre-dispute arbitration agreement from being valid or enforceable if it requires arbitration of a sex discrimination dispute.”

Each chamber has its own version of the bill. In the House, the legislation has been pushed to the Subcommittee on Regulatory Reform, Commercial And Antitrust Law for further discussion, and in the Senate, the bill has been referred to the Committee on Health, Education, Labor, and Pensions. Democratic sponsors include Senators Kamala Harris (CA) and Kirsten Gillibrand (NY), and Representative Cheri Bustos. GOP sponsors include Senator Lindsey Graham, and Representatives Walter Jones and Elise Stefanik.

Former Fox News anchor Gretchen Carlson has been an outspoken supporter of the bill, telling reporters that forced arbitration leads to the perpetuation of assault in the work place. Carlson has first-hand experience, having been fired by Fox after allegedly refusing to have sex with then-Fox Chairman Roger Ailes.

“Sexual harassment is not partisan because women from all walks of life and politics are targeted,” said Carlson. She continued, “Let’s get on the right side of history with both parties. Because when somebody decides to sexually harass you, they don’t ask you if you are a Republican or a Democrat or an independent, like I am, first. They just do it.”

In her comments, Carlson touched on the widespread nature of this phenomenon. According to a study by the Economic Policy Institute, more than half of all US workers are subject to the requirements of mandatory arbitration clauses. The problem worsens in larger companies. Over 65 percent of businesses with over 1,000 employees have forced arbitration clauses in their employment contracts. And overall, 60.1 million American workers suffer under the strictures of these provisions and thus can “no longer have access to the courts to protect their legal employment rights and instead must go to arbitration.”

These clauses exacerbate issues that already exist without private arbitration. According to the Equal Employment Opportunity Commission (EEOC), anywhere between 25 and 85 percent of women have been harassed at work. Equally upsetting is the fact that most cases are not reported. The EEOC found that upwards 75 percent of incidents go under the radar.

Those looking to do away with these clauses have their work cut out for them. The US government has been soft on arbitration agreements. Last year, the President signed a resolution rescinding an arbitration rule that would have done away with the forced arbitration at financial institutions. And the US Supreme Court has looked favorably on these clauses in the past. In 2011 and 2013, the highest court issued decisions that laid the legal groundwork for private arbitration clauses. It doesn’t help that Chief Justice John Roberts was once an attorney for Discover Bank arguing in favor of class action bans, as they’re sometimes called.

Looking ahead, the Ending Forced Arbitration of Sexual Harassment Act could provide a way forward for those seeking the abolition of arbitration clauses in cases of sexual abuse.

On Friday 3/20/2020, in response to the COVID-19 pandemic, Governor Cuomo of New York issued Executive Order 202.8 which tolls the time limits for … END_OF_DOCUMENT_TOKEN_TO_BE_REPLACED